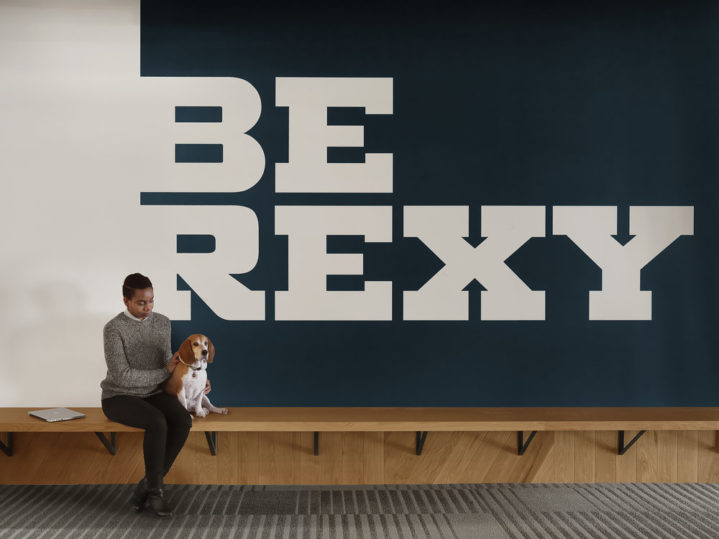 T-REX Gets a Facelift to Accommodate Booming Startup Scene

Located in a historic building constructed in the 1890's, the design of this formerly unoccupied space is flexible and customizable, allowing tenants to expand their space in response to rapid growth. Juxtaposing the historic architectural bones of the building with bold wall graphics and modern tile patterns, the new interior design creates a connection between the makers who once worked in the building to the entrepreneurs using the space today.

The historic Lammert building in Downtown St. Louis was constructed in 1890, nearly a century before the first Internet connection. Today, it’s the home of T-REX: one of the region’s leading technology incubators where more than 200 startups bring their visions to life each day. 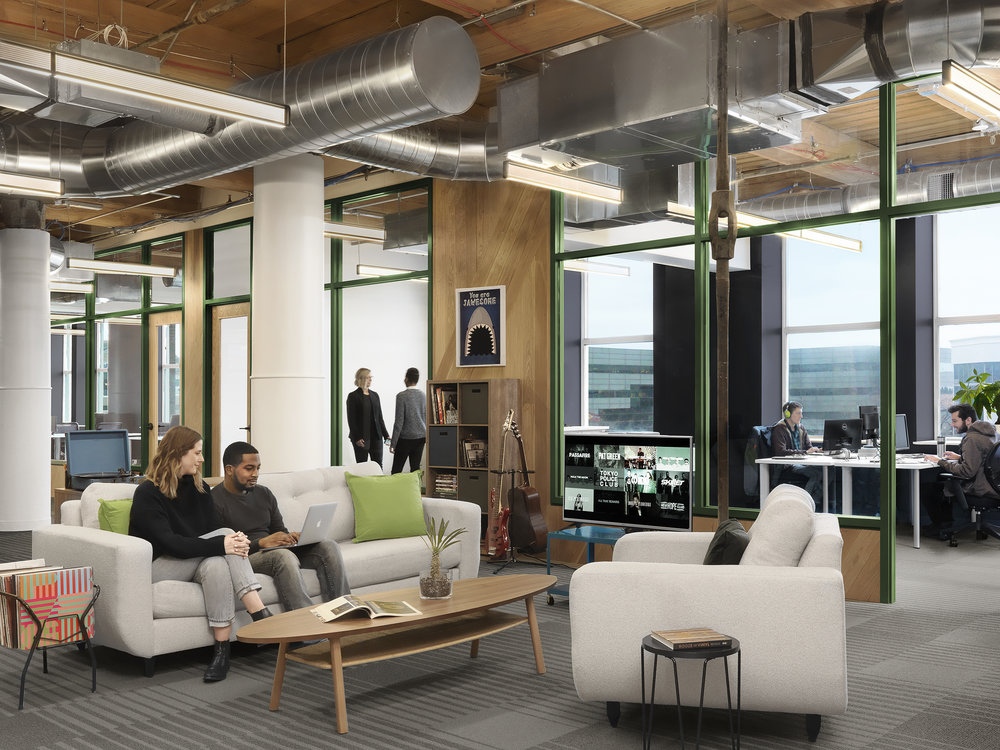 Sure, plenty has changed over 130 years, but there’s one common thread between folks who worked in 1890 and today’s tech entrepreneurs: an uncompromising work ethic. So, when our team at Arcturis partnered with T-REX to develop a coworking space, we saw an opportunity to use design as a means to marry the personae of two distinct yet similar workforces.

Along with catering to the spatial and functional needs of entrepreneurs, T-REX wanted to create an environment that inspired people to come to work while preserving the distinct sense of culture that had been established in years past. 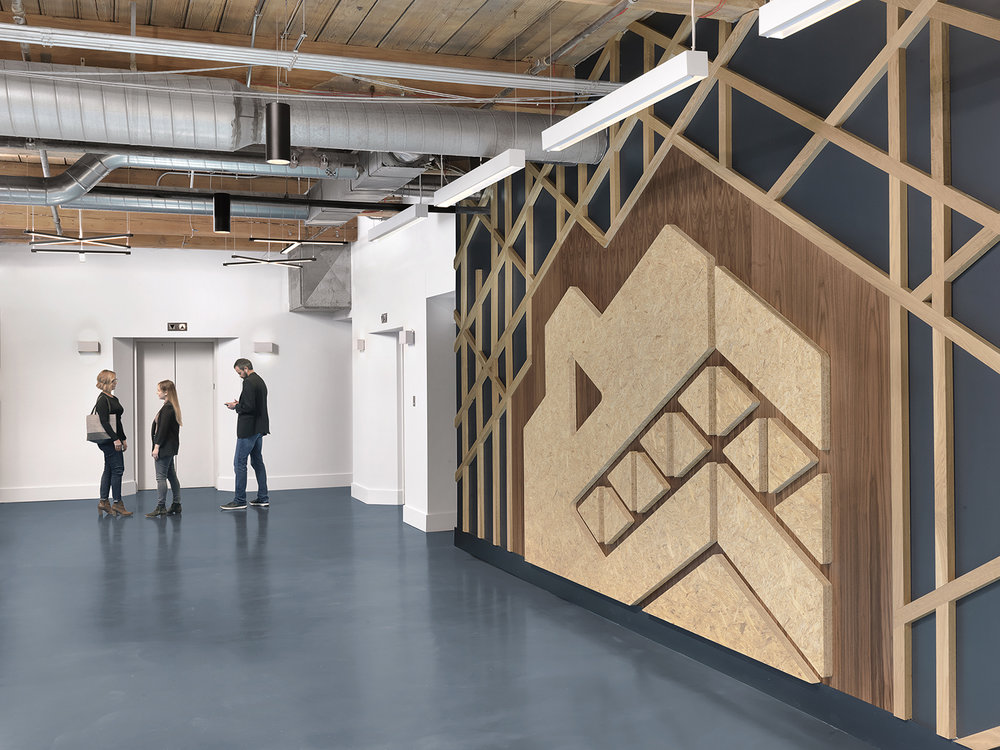 Upon entrance, all who arrive are greeted by a large-scale expression of the T-REX logo. The intentionally raw, handcrafted aesthetic reflects the scrappy, entrepreneurial spirit that runs through the space in addition to reaffirming T-REX’s brand identity.

Designing for Growth and Flexibility to Compliment Each Other

As entrepreneurs, developers, designers, and visitors migrate into the coworking environment, the communal aspect of T-REX comes to life. The 10,000 square-foot space (which was formerly unoccupied) bridges multiple co-working environments and micro-offices with shared resources such as conference rooms, huddle rooms, and open collaboration areas. 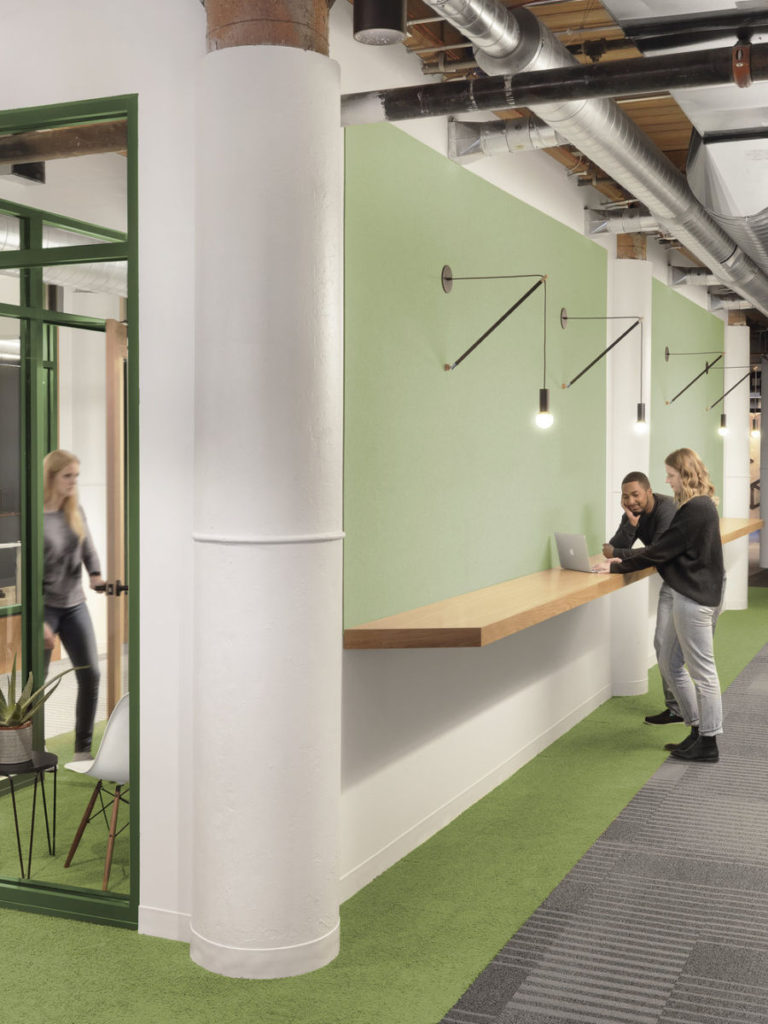 Of course, growth is the goal of nearly every startup. That’s why our team designed each secured micro-office suite to be flexible and customizable. This allows residents to expand their space in response to rapid growth without the hassle and distraction of moving into a new space entirely.

Keeping in line with our mission to infuse the rustic, industrial feel of the historic building with the bootstrap vibe of the start-ups moving into the space, we added a few undeniably modern twists to the space. One such example is the modern wooden tile patterns across the walls. But perhaps most striking are the bold wall graphics, one of which declares “BE REXY,” a cheeky nod to T-REX’s hip interpretation of its prehistoric mascot. 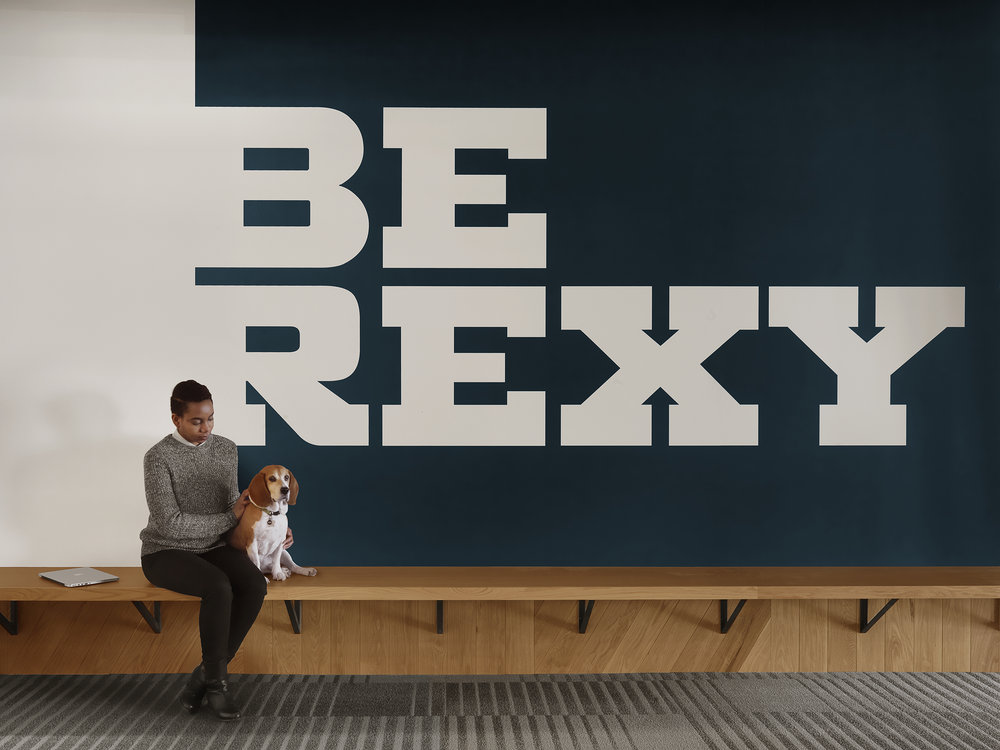 Providing an affordable space to foster innovation, creativity, and support is all well and good. But Downtown St. Louis, and the many talented people who work here, deserved more than that from an aesthetic, cultural perspective. By juxtaposing the historic architectural bones of the Lammert building with T-REX’s flares of modernity, we established a connection between the makers who once worked within those four walls and the entrepreneurs using the space today.

Julie Keil
In her 30 years at Arcturis, Julie has built a reputation of incredible devotion and commitment to her clients and her team. As leader of Arcturis’s workplace market sector, she leads the strategic direction, marketing efforts, and relationship management for the firm. Julie collaborates closely with Arcturis’s corporate clients to create dynamic solutions uniquely catering to their business strategies. She is brilliant at understanding client needs and assembling the best team to meet these goals.