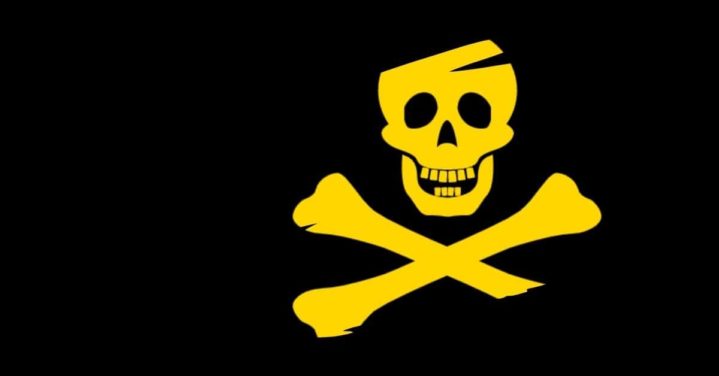 For me, one of the best parts of the 2020 lockdown has been the implicit permission to inexcusably binge-watch pretty much any show that’s been on my “guilty-pleasure” list. One such guilty pleasure was Black Sails, which, armed with a new Starz streaming subscription, I have finally been able to properly enjoy as a cord-cutter.

“It’s funny, most people think of pirates as being like, super evil and, robbers and there’s probably some truth to that, but citizenry actually saw them as Robin Hoods.

So, they were super anti authority and their job was actually, in support of, the average citizen and so there’s some story, from somewhere I don’t remember where it is exactly, but where some town official was announcing the capture and execution of these pirates and all the citizenry was booing because it was the authority that was screwing them over, not- Pirates screw over the authorities, not the individual citizens.

So in that way, I think in the best of light startups are the same thing. They’re disrupting the status quo.”

To celebrate Talk Like A Pirate Day, EQ discusses “Pirate Metrics” with Brant Cooper, Author of “The Lean Entrepreneur”

I’d put off watching Black Sails for two reasons. Firstly, because anything about pirates struck me as “pop-content” rather than “high-art”, so I just had this preconception that I would need to be “in the right mood” to really enjoy it.

And secondly, as the brother of a good friend of mine happens to play one of the main characters, I desperately wanted to like the show unreservedly in case I ever got asked what I thought of it. A weird anxiety, sure, but one that combined with the aforementioned low-brow expectations amplified said anxiety into total inertia.

But I needn’t have been worried… Because OMG, Black Sails is absolutely-freakin’-amazing.

It’s beyond a guilty pleasure. If you’re a lonely innovator or cultural dissenter locked up in lockdown, it’s the best bloody call-to-action I’ve watched in ages.

I love the lessons of the show so much. I hope to inspire others to get as much as I got out of it.

So, to celebrate the fact that today is Talk Like a Pirate Day, here’s all the reasons why startups are like pirates:

The characters of Black Sails are a diverse bunch in every sense of the word. Representing every race and gender, the day to day concerns of the Pirates of Nassau are thoroughly modern and there’s a lot of evidence that this was true 300 years ago too.

Whereas the modern workforce must still campaign continually for equal representation, pirates had to exile themselves to life on the sea.

Pirates were surprisingly bureaucratic! Seriously, they had a “Pirate code.” These “articles of agreement” provided rules for dividing the spoils, disciplining and compensation for injured sailors.

Like all good stories, the characters of Black Sails have a “fatal flaw”, which more often than not depends on where their loyalties lie and how they interpret the Pirate code. It makes for an amazing plot steeped in mercenary crews switching allegiance, and the ship-to-ship chaos that ensues serves as a useful reminder of just how important visionary leadership and trust in teams are to accomplish anything; whether that’s plunder a galleon or build a company.

You’ve probably already forgotten that “mutiny” is a concept you learned from pirate stories of yore. That’s because while pirates were essentially fugitives from the law, they were nonetheless “freely employed”: at liberty to agree with their captain… or not.

Ship captains actually had to win the consent of their crews to be governed and continually recruit new people to join their ranks. Major decisions were agreed with a vote.

By contrast, it’s worth noting that during the industrial revolution, which develops over the following 100 years after priacy, factory owners treat their own workers far worse than pirates ever did. Landlubber factory owners actually made it a crime to take a sick day and even sent people to prison.

So, next time you’re wondering whether your vacation policy is “unlimited” or designated days, don’t imagine this role was reserved for HR or Finance departments. Pirates probably had a say in it first.

Although many pirates were caught and executed for their crimes by colonial powers, there were often grey areas of the law in which pirates could cut deals to escape conviction. When you consider the “disruptor” role that startups play today, what’s interesting is that there wasn’t a huge difference between colonial forces like the East India Company and privateers.

“Privateers” were a bit like 17th century 00-agents with a ‘license to pirate’ colonial enemies. Furthermore, a lot of the “nobility” governing these colonies were like startup founder themselves, with investors backing them.

So, although Pirates were essentially outlaws, they were skilled renegades who had become alienated from the current employers of their craft. Privateers who had eventually become disillusioned with the status quo, their rations or pay – especially during peace time when the legal means to plunder ran dry.

While I wouldn’t encourage any entrepreneur to take being a pirate too much to heart (I mean, seriously, this article is a joke to celebrate Talk Like A Pirate Day anyway), I do hope that this almost absurd comparison offers genuine value… Because, entrepreneurship is often as lonely as the high seas, even when there isn’t a pandemic lockdown to contend with.

Black Sails is must-watch-medicine if you’ve hit such lows. You can keel-haul me if you don’t agree that these stories of pirate codes and equitable sharing speak to the renegade formerly wage-enslaved soul who’d rather choose ash over dust (let alone a boss or a proper job), but may have forgotten why in their recent isolation.

The loneliness of entrepreneurship or even just the intensity of joining a startup team are unique sentiments —slightly extreme emotions— that are hard to find comfortingly reflected in most TV shows. And there’s little common ground to be found in “business movies” either because they fail to capture the other side of it all too – the epic adventure.