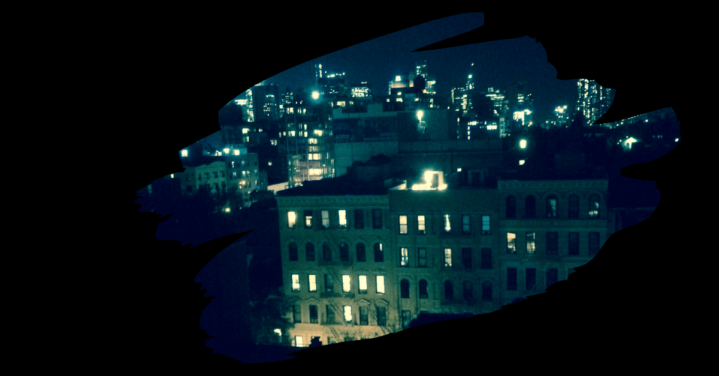 By staying indoors for more than a year and social distancing my way out of the pandemic, I have attained the dubious achievement of clocking every streaming TV service: Netflix, HBO, Starz and Amazon Prime. Here’s my list of the best TV shows for entrepreneurs.

If you need to find others who itch and yearn like you, welcome to the ultimate list of TV shows for entrepreneurs. Let their fates help you simulate the hundreds of possible business management scenarios that you may face in future.

Skip the intro and jump straight to the TV series recommendations:

Intro (Click/Tap to collapse and skip ahead to recommendations)

Startup entrepreneurship and building your own business can be a lonely endeavor. Not for lack of friends or team mates, but because you find yourself engaged with problems few of your peers have any experience in, wrestling decisions that no one else can help you make, and handling high-stakes situations that traditional education did not prepare you for.

On top of that, “startup culture” is feeding you inauthentic #hustleporn. Namely aspirational fake-it-till-you-make-it content usually created by people actually faking it.

Forgive me for being a party-pooper, but I can’t always relate to these relentlessly motivational founder feeds of Type-A personalities whom are apparently able to expertly juggle every new reality the world throws at them; completely anxiety-free, all while still staying in shape; making time for friends and eating a proper breakfast.

When I need inspiration, motivation, or mental and emotional resilience, I seek epic stories like the ancients did. In that sense I’m a fatally flawed Type-B personality. Give me Netflix and a chill pill.

Give me rise-fall-rise narrative arcs which remind me that the only way out is through. Let me watch how others bounce back from adversity, overcome obstacles and win over other minds.

Give me true-to-life stories, replete with all the ugly details of betrayal, overreaching and poetic justice. Above all, give me dozens of flawed characters whose mistakes I can relate to, so I can re-examine my choices before I make them.

Let me consume a thousand tales of business success and failure so I can accelerate the development of my own mental model of what’s possible. I need to dream up simulations for the simulacra of my future self.

It was watching Black Sails that gave me the inspiration for this article – it’s a gem. It may seem like a huge tangent to equate pirates with entrepreneurs, but look beyond the startup cliche of “disruption” and breaking the rules, to the more factual similarities of making the rules and venture capital.

Yep, privateers had employee agreements with their crew and their ships would have been owned by corporations, making crews the original HR departments and their galleons the original startup ventures. Pirates are just privateers gone rogue following the promise of riches and they adhered to their corporate philosophy as a matter of honor.

Entrepreneurs can find inspiration in its stories of renegades seeking economic dignity in a world that rejects them, rallying teams of talented outcasts around a cause, forging outsider business alliances against monopolies, and the lowly ascending the social echelons of high society through their own labors. Black Sails is worth a binge-watch for the sheer escapism and high-fantasy of it all, but best of all, many of the little details that enrich the world of these characters are actually true.

Find out how to watch Black Sails here.

Fast forward back to the future for a Millennia (or two) to the early 1980s and meet a bunch of modern pirates who launch their own ventures. The three pivotal characters of Halt and Catch Fire, a visionary founder, a hardware engineer and a software genius hustle and hack their way through every generation of modern personal computer technology, from designing laptops to video games and anti virus software to inventing an internet browser.

What’s brilliant about this TV show for entrepreneurs is not only does it capture the office politics of developing a product or ingesting vast amounts of venture capital, but it cycles through the full startup journey, from broke to boom to bust, back to boom and then bust again. By the fourth season our beloved characters are certified serial entrepreneurs who’s ideas and ambitions have evolved with every technological innovation cycle.

Startup founders and ambitious employees alike can find motivation in the fact that these entrepreneurial characters almost never get it right first time but, dagnammit, they never give up. This TV show plays out the joys and frustrations of intense team work with incredibly talented people and reminds you that there really are second chances: “failure” is never really the end, and almost always the beginning of pursuing the next big thing.

Find out how to watch Halt and Catch Fire here.

Playing out similar boom and bust cycles, but with much higher stakes, Startup is a TV show about an entrepreneur journey that sounds too far-fetched at first. But don’t sleep on it, it’s fun as f%@#!

Set in Miami, Startup is about sketchy competitors, dirty money and bad deals going… um.. bad. It’s a lot of genre mashing, but there are some genuinely funny moments amid all the hectic action and, over three seasons, the show matures into an engaging business drama that is edifying for any would-be innovator.

God willing, hiring, firing and funding decisions should be the least of your worries! What makes this TV show work is that the three main characters of visionary, prodigy and muscle are surprisingly relatable, even as these young entrepreneurs are thrown in the deep end from episode one.

There’s some great deadpan lines from Nick, the entrepreneur-turned-money-launderer that’ll make you spit your coffee and Ronnie the gangster-turned-entrepreneur is one of the best characters since Omar Little in The Wire. The ideological crypto prodigy, Izzy Morales ultimately becomes a Dr. Frankenstein character, who has to defeat the monster she created.

The lesson for startup founders? Even with the most ethical and noble motivations in the world, creating truly disruptive technology can open a pandora’s box of unintended consequences that are way beyond your life experience.

Find out how to watch Startup here.

Moving away from startup founders to the investor class, Billions is not so much a TV show about entrepreneurship as it is an exploration of the old adage, “those with the money make the rules”. Ostensibly a Gandalf Vs Sauron level fight between the States Attorney General of New York against the owner of a hedge fund, Billions digs into insider trading, dodgy IPOs, how stock prices get inflated or crashed and how companies get hijacked through weird boardroom interventions and mergers or acquisitions.

For startup entrepreneurs looking for motivation to crown themselves as the next Master of the Universe, Billions is an informative TV show for exploring the truly disruptive capabilities of venture capital. Both from the perspective of how it can screw with you and how, if you’ve got enough of it, you can use it to screw with others… honestly, you’ll never look at board seats the same again.

Find out how to watch Billions here.

While on the topic of board seats and boardroom drama, Succession deserves an honorable mention despite the fact that it’s less a TV series about eccentric entrepreneurs and more a show about office politics of the 1% and ascension through intrapreneurship.

Facing ill-health, a Media mogul, engages in the legacy planning of his right-wing media empire and challenges his three silver-spoon spoiled children to climb the corporate ladder of under-performing departments in a bid to take his throne. Many hostile takeovers ensue and even the first-world woes of contemporary media industry startups are played out, as theatrical clones of Buzzfeed (or Upworthy) try to “pivot to video” and counter a bad couple of months because Facebook changed their algorithm.

For the Shakespeare nerds among you, you’ll get a kick out of the fact that Succession is basically King Lear for our times. For business owners, this TV show models an interesting thought experiment: how would you relinquish control?

Overall, Succession is a brilliant business drama that reminds you that the politics of managing failing departments, mergers and acquisitions, is not so different to the palace intrigue of medieval times. There’s something reminiscent of Game of Thrones in the brutality of the fates meted out upon the characters.

Find out how to watch Succession here.

Verdict: the best TV series for entrepreneurs is….

A theme running through all of these recommendations of TV series about entrepreneurs are how business can often grow in the shady areas of the law. The types of startup risk, which these eccentric entrepreneur characters take on, often come down to being so motivated to improve their social standing that they’re willing to operate on the fringes of what’s legal.

Even if you were never to take any inspiration for real-life business strategy (which, for the record, I wouldn’t recommend… just watch the mess they get into!), the glamorizing of such stories works because it captures the sense of intellectual freedom and being at the frontier of innovation that one can get from being an entrepreneur or working in a startup.

However, it’s worth remembering that these extreme stories of “no rest until success” hustlers are montages that are designed to be pure escapism. They’re intended to be watched in your down time, rather than motivational models of an ideal life.

Which is why the incredible comedy, Silicon Valley, is still the best TV series for entrepreneurs. Unlike the other TV shows I’ve recommended, the main character in Silicon Valley is doing his damnedest to stay within the boundaries of the law and his personal ethics.

The laughs come from the evolving absurdity of what’s happening around him and how his colleagues respond to and approach new challenges – he’s surrounded by absolute nutters! Every comedy has a “straight man”, a  secondary character who plays the voice of sanity, but Silicon Valley is unusual because that role is played by the main character.

The structure serves to emphasize just how crazy startup life can get. And what makes Silicon Valley unmissable and re-watchable, is that every single key moment in the growth of a startup and every decision you’ll ever have to make as a business owner is covered in hilarious comedy gold.

From choosing a company name to winning your first client, Silicon Valley is just the most comforting TV show to watch for any entrepreneur. It signposts the entire entrepreneurial journey, to remind you of where you’ve  been… and why there’s really no going back.

Find out how to watch Silicon Valley here.