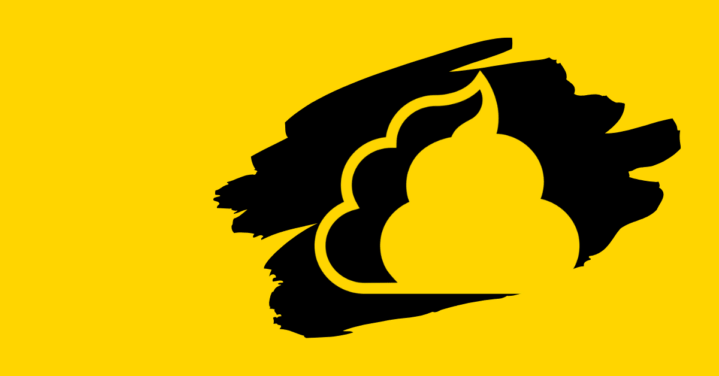 A month ago, around 2am, I listened to a conversation on the hottest topic right now on Clubhouse: Non-fungible tokens. Otherwise known as NFTs.

The top news of the week was that the digital artist Beeple had sold an NFT-enabled artwork for $69 million. It was the third highest price paid for a piece of art sold by a living artist and it wasn’t even the first piece of digital art to be sold for millions of dollars that week.

The sale of digital art for a Banksy-or-Damian-Hirst-amount of money happened during a weird period too. Just as the western world/northern hemisphere was waking from hibernation; sheltering against the first winter of COVID-19.

It was a noteworthy moment in time and although I desperately wanted to ignore the hype of Clubhouse, I couldn’t resist its pull when I got my invitation. For starters Clubhouse did offer one thing that Facebook and Twitter could never persuade me of: that the people at the center of our world right now… are actually real. (They have voices. They claim thoughts.)

Defying my most secret hope against hope that I might be living in an Elon Musk level simulation —if only so I could legitimately disavow the frustrating madness of our age— Clubhouse’s gift to the world was to actually put the people on “stage” (live and on-air) whose star was already rising in the media. Like Marlow in Heart of Darkness, I discovered to my horror that the people behind the events I was doomscrolling on Apple News were real, and not just weird video game NPCs (non-player characters) that my lockdown addled brain had convinced me they might be, after 12 months with only role playing games (RPGs) and a Nintendo Switch for company.

Naturally, like every other doom-scroller, I had the thought, “Why would anyone do this? Why would anyone buy a cryptographic token for sixty-nine million dollars?” At the time, the buyers were shrouded in mystery and the only place to find out was Clubhouse (where they are now fairly regular patrons).

Nearing the Witching hour, I was fortunate enough to hear the notification ping to inform me that MetaKovan and Twobadour, the pseudonyms of the guys who bought a piece of digital “art crap” for $69M were online (the artist Beeple actually refers to his own work as “art crap” – and, interestingly for longtime EQ fans, it seems he may hail from Missouri although Wikipedia is ambiguous on this fact).

So, I tuned into Clubhouse.

I jumped in halfway through the opening remarks of Dylan, the digital artist behind “CryptoPunks” who, for a brief moment, was the most famous artist that week. He was thanking the person who bought CryptoPunk#7843 for $3 million, which was the highest price paid for crypto art ever, only a few days before Beeple’s The First 5000 Days sold for $69 million.

No doubt, it felt like ‘a moment’ — historic! We were listening to the ‘man of the hour’ chatting with ‘men of our time.’

Forgiving Dylan’s teleological belief (i.e. the ends justify the means) in crypto-heaven (“The Metaverse”) or his self-congratulating soliloquy that explained how the anonymous buyer of CryptoPunk#7843 had just bought the new Mona Lisa, what bothered me was the hollow implications of this ringing endorsement of NFTs for artists and creators.

He argued that the destiny of CryptoPunk#7843 was to be “put back into circulation”, change owners and keep being resold. The hallowed place in history he now occupied was merely to be the first seller of this fine artwork.

Except for their incredibly low resolution, here’s a guy who sold pretty unremarkable pictures “on the chain” and the most important thing he could say about this artifact, number 7843, was that it was the new Mona Lisa?

The Mona Lisa. That’s placing the value of all art in the context of the only artwork everyone can reliably recognize.

If anything, that shows that NFTs have no inherent value. As Dylan rightly explained, the circulation of CryptoPunk#7843 is literally the store of its cultural value.

If that counts as social commentary then, at best, the materials of this artwork should be listed as “digital canvassing, craft on luck.” At worst, I’d agree it’s just a marketing stunt for Christies and Ethereum.

In Christopher Nolan terms the stunt was pure magic. Creative work is The Pledge. Digital transposition through NFTs is The Turn… SHAZAM! Returned are the gatekeepers with deep pockets! Voila, The Prestige: “Art” with a capital ‘A’ has been achieved.

As an artwork, all CryptoPunk#7843 actually has to say —namely, the critical communique the medium constructs as the message— is that it so happened to be one of the digital artworks that ascended into an asset class. Lightning in a bottle!

Unlike the Mona Lisa, CryptoPunk#7843 is not the work of the ultimate renaissance man (perhaps I shouldn’t rule Dylan out just yet, but he has a lot to live up to by unwittingly comparing himself to Da Vinci). Yet, similar to the society in which the aforementioned 15th century polymath, painter, sculptor, architect, draughtsman, theorist, engineer and scientist toiled, today’s gatekeepers remain the real creative force by proxy as they lean into Milan Kundera’s kitsch paradise of political patronage to build a new world on blockchains.

Now even digital crap can be preserved as a trinket of the history of humanity ransacking everything of value. Is this a future we really want?

Furthermore, if you read between the lines, note who’s saying what and swot up on the tech, the recent ascendancy of NFTs does not signify a renaissance of creativity. Instead, it’s a long con presaging descent into a dark age.

Such dark visions were effectively underlined by the closing remarks of MetaKovan, the guy who spent $69 million on a URL that points to Beeple’s artwork (which is all an NFT is). He was invited to close out the clubhouse room with a comment as to “what he thought the future was”, a question which implied crypto, blockchain, all that heady stuff… Finally, I was going to get the answer I had logged-on for.

What he said chilled me to the bone. MetaKovan explained that he believed that future Nation States are just blockchains. That States are essentially computing grids, and he went on to say that in these States, people won’t actually have much in common.

But “if this sounds dystopian,” he said, (and now I paraphrase) then the good news is that people will form tribes —digital communities, essentially— that will be united by art, of which Beeple and CryptoPunk#7843 may well be virtual objet’s d’art —the fetishes— of these tribal virtual realities.

Now to be clear, he’s not wrong. I would totally agree with this prediction of the future, save for one counter: I view such a prediction more along the lines of a medical diagnosis or a doctor’s prognosis.

To me, this future is the disease which we will surely inherit if we do nothing. And it is only inevitable in the sense of the absolute sum of all of our present right now.

As he paints it, what MetaKovan envisions —of tribal identities locked into super-computing grids— is the future we get when there isn’t any humanity left. A time when unresolved systemic pressures and unexamined motives utterly systematize all of us on the blockchain.

Such a world is likely to be the impact of atrophy on all our values if we do nothing but transcribe them to a digital system. The resultant combination of time, extrapolated against today’s technology, blended with the base instincts of humanity to preserve something in the face of absolute nothingness.

The kicker is that this vision of the future is not difficult to conjure as it has already been envisioned by an artist in 1992. The entire concept of computing grids as the next geo-political boundary was developed by popular science fiction writer, Neal Stephenson, who wrote the cyberpunk novels Snow Crash and The Diamond Age (the latter is an excellent read if you are a fan of Philip Pullman’s His Dark Materials trilogy).

You’re probably familiar with the concept of “Cyberspace”, which although a proper term these days, was first popularized by the author of Neuromancer, William Gibson, who used it as shorthand for the Internet. Similarly, the concept of “The Metaverse” is Stephenson coining the idea of a totally immersive web of VR, augmented reality and artificial intelligence.

The Metaverse sounds exciting at first, but it’s much bleaker than Cyberspace. Stephenson imagines an entire world of ‘Ractors’: gig-economy workers broadcasting their digital identities from their single cell rooms, as performing VR avatars and living non-player-characters in each other’s metaverses of entertainment.

In Stephenson’s virtual worlds people are free and limitless. But in their real ones, his characters are heavily policed by identity recognition tech, autonomous drones and class warfare.

TV shows like Altered Carbon and WestWorld and films like Gamer and Ready Player One all depict similar visions as Stephenson’s Metaverse. Like his books, all these stories ask us to consider whether we really want to be imprisoned in “virtual worlds” of eternal entertainment and at what cost it inflicts on our personal freedom, our understanding of others and specifically our economic mobility in society (nearly all of them imagine an underclass enslaved to a digital aristocracy made up of those who can afford to transcend the system).

I’m not sure MetaKovan even really wants this future, which he bought into so handsomely. It’s simply the one he sees, which means that the sixty-nine million dollars he spent was a hedge: a bet against the present.

All of which is to say that MetaKovan’s vision of the future is the future we get if we don’t choose anything at all. The obvious endpoint of the teleological formulas unconsciously embedded in the technological promise of blockchain and bitcoins: shorting reality.

So I was somewhat crestfallen closing the clubhouse app. Turns out MetaKovan, with his Magic the Gathering style profile pic isn’t an oracle (or a planeswalker, holla atcha MTG fans).

He’s just another dude hiding a copy of Snow Crash under his bed; who just happens to have an insane amount of money to bet on a thirty-year-old science fiction fantasy coming true. A fantasy that is just one of the few possibilities that have been fully articulated and, sadly, one of the only futures that anyone is willing to put in the energy to imagine.

How disappointing is that? The two highest grossing names in Crypto Art and NFTs, on both the buy side and the sell side, cannot really imagine anything new.

And worse, they don’t even want to. The characters hyping this historical moment utterly missed the irreducible, essential and critical cultural impact of literature, fiction and fantasy:

True art is a warning. And real artists sound the alarm.