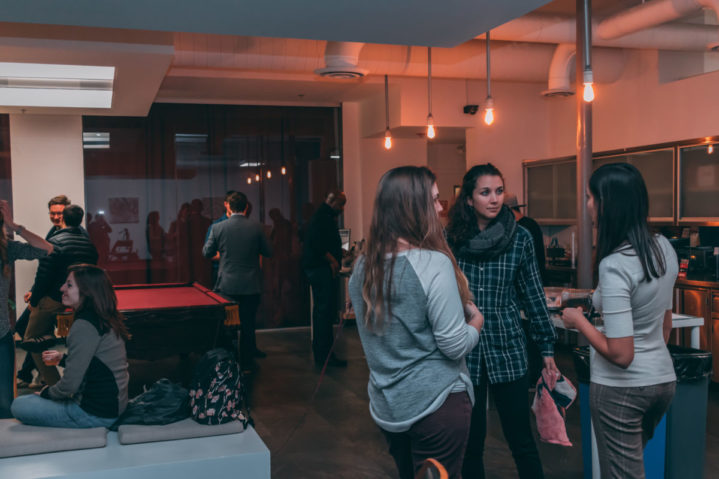 Join us at the STL Startup Week Closing Party hosted by Bourbon Friday at Covo.

EQ’s regular live streaming and happy hour event partner, Bourbon Friday, will be hosting the STL StartUp Week Closing Party this Friday from 4pm at Covo. This “special reserve” event (ah-ha, see what we did there), is free and open to the public until 8pm and includes a live recording of the Bourbon Friday Show, with special guest Tishaura Jones, St. Louis City Treasurer.

From its inception, Bourbon Friday was about Startups as part of the change in St. Louis. It has since evolved into including Changemakers from beyond the Startup community.

Few people fit better in that category, as Treasurer Jones is the first woman and the first African-American woman to hold that position in St. Louis history.

In her short time in the role, her office’s investment strategies have yielded over $25 million for the city, launched the Office of Financial Empowerment (OFE) that has helped over 13,500 city students save nearly $1 million for higher education. Not to mention, revolutionizing the parking system for City.

2. Chat with the team behind the Innovate St. Louis book

The Innovate St. Louis book is due to launch later this month and promises to be a gorgeous compendium of the city’s booming innovation ecosystem (well, although I’ve not seen the final version I can say for sure that the page about EQ is definitely gorgeous!).

3. Celebrate St. Louis’s first-ever startup week with a community of innovators and changemakers

After the live stream, guests are encouraged to celebrate and mingle until 8pm. The regular Bourbon Friday happy hour has evolved from its roots as an informal Friday gathering of the startup community at T-REX and has since moved to Covo to expand its offering to the public.

‘Founder’ of Bourbon Friday (or perhaps better put as Convener-in-Chief), Erik Lutenegger told EQ, “When we moved the event to Covo, that marked a big step for us to say that we were for the entire startup community. Being part of Startup Week solidifies that, and we have big plans for expanding both the event and show, in the near future.”

Bourbon Friday, both the event and the show, are collaborations that have been built on a voluntary basis, and not without significant investment of time, energy, and funds from all parties involved.

To close the proceedings for STL StartUp Week adds a feather to their caps and marks another milestone: new sponsors. This Closing Party event is made possible thanks to a slew of generous sponsors: Lewis Rice, Salt + Smoke, St. Louis Regional Chamber, EDURain, Multipass, and SpenDebt.

“We’re really proud to host the Closing Party for StartUp Week, I think it shows how far we’ve come. We are no longer just a few founders enjoying a great conversation over some bourbon.”

Honestly, this point just sells itself.

We hope to see you there! Grab your tickets now by registering to attend here.