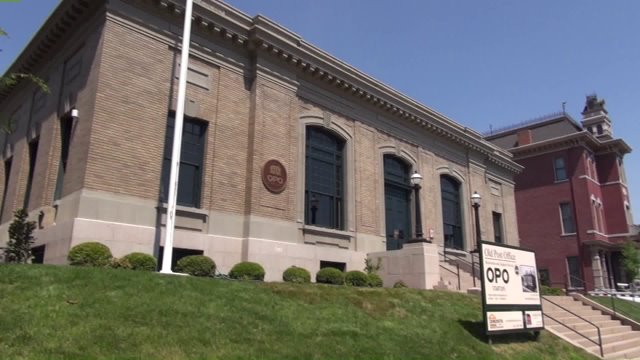 It isn’t often that two major e-commerce companies announce they will create nearly 2,000 combined jobs in one community.

It’s even rarer when the two companies make that announcement in the same week, but that’s what happened in St. Charles County during the first week of March 2018. One of the companies making the move to our region is Amazon.

No, the company won’t be building its second headquarters in the suburbs of St. Louis. However, the world’s biggest retailer will open its first fulfillment center in Missouri at the Premiere 370 Business Park in St. Peters. The fulfillment center will house more than 10 million products and take up 800,000 square feet. Amazon’s presence in St. Charles County will also result in significant job creation, with roughly 1,500 workers required to staff the warehouse.

When Amazon comes to your town, it’s always big news—but more than “just” Amazon is coming to Premiere 370. Later in the week, Grove Collaborative, an e-retailing platform focused on sustainable products, will open a 137,000-square-foot facility. Grove will invest $3,708,500 in total capital to build its new warehouse. Once operational, the distribution center will create 210 new jobs.
In other words, it was a good week for the city of St. Peters, the Premiere 370 Business Park, and St. Charles County.
It’s also a great week for the St. Louis metro area.

The St. Louis region’s division, particularly when it comes to issues relating to economic development, is well-known and well-documented. With roughly a billion individual communities (actually, it’s closer to 100, but sometimes it might as well be a billion), two rivers that are often viewed like crocodile-filled moats, and a long history of political and regional conflict, we tend to get in our own way. It’s just what we do here.

That needs to change.

The announcements from Amazon and Grove Collaborative show exactly why we need to stop focusing on what divides us and start focusing on the plethora of assets that make our region attractive to companies looking to expand their footprint in the Midwest.

We have an urban core that is home to a growing number of entrepreneurs, startups, artists, and other members of what author and sociologist Richard Florida calls the “creative class” that is so important to the health and prosperity of urban areas. We have world-class universities. We have one of the country’s highest concentrations of plant science and agriculture PhDs. We are also located in the heart of the country, with several major cities less than a day’s drive away. That last fact, along with the existence of places like the Premiere 370 Business Park and a pro-growth approach to governing, make the St. Charles County portion of the metro area particularly attractive to warehousing, logistics, and supply chain businesses.

What we often fail to remember is that we are one region. It might seem that the distance—both in miles and culture—between Wentzville and the Arch is significant. However, other metro areas don’t have thriving, affordable, fast-growing suburbs with some of the highest quality-of-life scores located less than 45 minutes away from an increasingly vibrant downtown.
Here in the St. Louis metro area, we are lucky enough to have that.

What we need to remember is that when companies like Amazon and Grove Collaborative look at the St. Louis region, they are looking at all of it, from the Arch to the fields, from North County to Arnold. The political boundaries that often mean so much to us mean nothing to the site selectors working for Amazon.

That’s a good thing. If we broaden our perspectives and understand that a win for St. Charles County doesn’t come at the expense of St. Louis, and that every community (including St. Charles County) has a vested interest in helping solve some of the challenges facing some of our residents, we will attract more employers to the metro area.

And if we can do that, maybe the jobs that will eventually be created by last week’s announcements will be what we all hope they will be:

The start of something much bigger.

Dustin McKissen
Dustin McKissen is the founder of McKissen + Company, a public relations and strategy firm based in St. Charles, Missouri. He's a two-time LinkedIn Top Voice on Management and Culture, and is a columnist for Inc., CNBC, VentureBeat and Editor-At-Large on EQ.