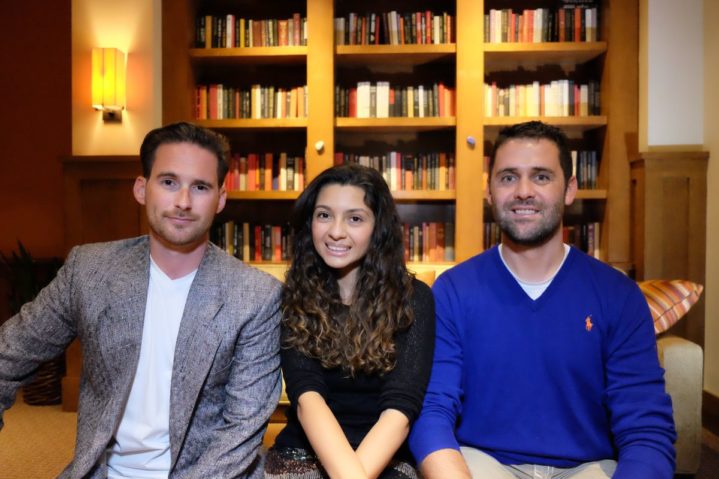 "There's so much energy and enthusiasm involved in working with a startup like Candy Lab. When you know you have something good, when you're a part of something special, it drives you to keep going," says Andrew Kirkland

Comic-Con. That’s where the idea for Candy Lab, the augmented reality startup based out of the Downtown T-REX incubator, started. Co-founders Andrew Couch and Gilda Campos were in a high-rise building watching tiny people below run around in all directions; many with smartphones practically glued to their hands.

Was it possible to intentionally drive those people to a desired location? Specifically, how could businesses get their consumers to visit and connect with their marketing campaigns using the virtual marketing world?

Couch had previously launched another internet startup, sold it to a Southern California company in 2010, and was looking for something new. “And that’s when Candy Lab got its start,” he says.

“I served in the military, and during that time I worked with a technology that used GPS and beacons. I wondered how that could translate into the marketing world.”

“We are passionate about mobile marketing and supporting marketers,” says Couch. By utilizing both GPS and Beacon inputs, the CandyBAR platform allows marketers to drive consumers to hyper-localized destinations, both indoors and outdoors and interact with their campaigns or offers.

Through the app, customers receive content, coupons, promotions and prizes from the company. This innovative technology captures the user’s imagination upon redemption. Couch calls it, “the CandyBAR advantage.”

You’ve seen the gigantic birthday cakes around town that helped St. Louis celebrate its 250th birthday last year. The Candy BAR app was used by STL250 for that initiative, a region-wide scavenger hunt that celebrated St. Louis and encouraged people to get out and explore all the great neighborhoods and landmark sites of the city.

Candy Lab translated the 250 cake locations into their interactive app where visitors could learn more about each location. When users “checked in” at each location, they were awarded points, which then funneled into a leaderboard. As participants scored more points, they were eligible for prizes given away throughout the year.

Originally founded in San Diego, Candy Lab came to St. Louis in 2013 after winning an Arch Grant. Shortly after the move, the company was selected into the Global Accelerator Network via BlueStartups.com in Oah’u, Hawaii for accelerated growth.

Since then the company has raised 600k in its seed round, has managed multiple location-based augmented reality campaigns and is positioning itself for rapid growth in Irvine, CA, all the while maintaining both their St. Louis and Honolulu networks.

“There’s so much energy and enthusiasm involved in working with a startup like Candy Lab,” says Andrew Kirkland, one of the company’s original investors, now a full-time member of the team focused on sales and business growth. “When you know you have something good, when you’re a part of something special, it drives you to keep going.”

And what does it mean for Candy Lab to keep going? One avenue of growth has been their white label app.

“We knew there was potential for major brands, like Coca-Cola, to use this technology for their marketing,” says Couch, “but we also knew they would want to put their own logo and branding on it. So we offer them our innovative, reliable toolset in a white-labeled version.”

The need for white labeling seems to be in demand, says Kirkland. “Candy Lab is working with major brands, and we’re focused on growing our client base.”

There will be another round of fundraising coming up along with patents, grants and accelerators. Kirkland adds, “We’re never short on excitement around here.”