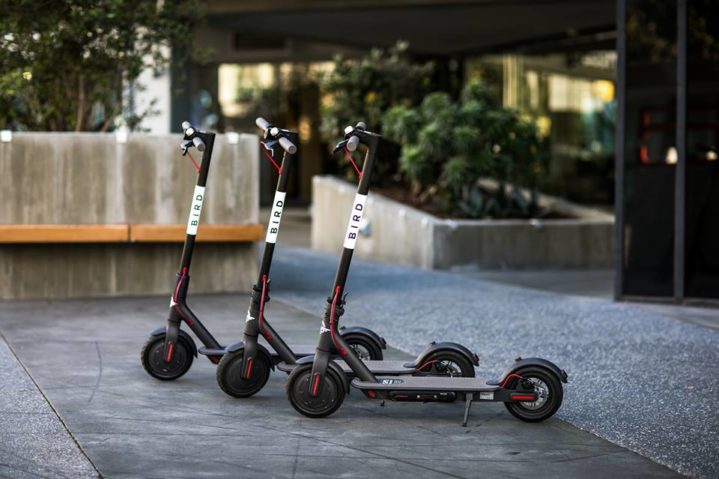 Bending the rules seems to be an intentional growth hack for Bird Rides; and dumping product on the streets, the new mode for startups disrupting the city.

After being removed briefly from the streets for operating without a permit, Bird Rides Inc. worked with local officials to make their electric scooters a part of the City’s dockless vehicle program. Now, the scooters are back and available for public use.

Bird’s scooters first showed up unannounced on St. Louis’ sidewalks back in mid-July, taking the City by surprise. The company dropped dozens of its vehicles (which users can find and unlock through a mobile app), without any prior warning to the city or its citizens.

Soon after, the company was asked to remove them. However, within the same week the City announced it would work with Bird to help them set up shop legally.

Turns out, St. Louis is not the first or only target market for one of Bird’s surprise scooter launches. Subscribing to an “ask forgiveness, not permission” strategy, the startup has a history of cutting corners in order to expedite its admission to cities.

It pulled similar stunts in St. Paul, Salt Lake City and Santa Monica–the city in which the company first launched and where it is currently based. In Charleston, the company dropped scooters on sidewalks even after the city had expressly told it that doing so was illegal.

Perhaps Bird can get away with it — or take such a calculated risk — because the introduction of dockless electric scooters aligns with many cities’ pre-existing goals of sustainability and making transportation more accessible. In St. Louis, the launch of Bird scooters comes right after the launch of dockless bikes by Lime (formerly LimeBike), which has its own electric scooter service available in St. Louis as well.

Aware of the local demand for its services, innovators like Bird are not afraid to take advantage of that demand. Consequently, they seem to regard a disruptive action, such as operating without a license, as more of a growth hack that outweighs the risks of sanction from City regulators.

However, the company’s aggressive and gutsy maneuvering has been met with a mixed reception in other cities across the U.S.

Two days after launching a fleet of 100 scooters in Nashville, the city sent Bird a cease-and-desist and gave it two weeks to clear out, with no indication that it would ever be allowed to return. Milwaukee responded to the surprise launch by banning Bird and immediately filing a lawsuit against the company and its chief executive, Travis VanderZanken.

In some cases, the disruptive appearance of the scooters has also angered city-dwellers. Backlash against the growing presence of Bird and tech organizations like it along the Southern California Coast has turned scooter-vandalism into a growing movement in that part of the country.

Yet, even as cities might initially react to Bird’s surprise launches with anger and demands of removal; most, like St. Louis, do eventually agree to collaborate with the company to make its operations legal.

Just last Thursday, the Nashville Metro Council announced preliminary approval of a set of new rules for electronic or motorized scooters and bicycles that could allow for the return of Bird scooters. St. Louis similarly proceeded to change its regulations regarding bike-sharing services to include scooters, enabling Bird’s speedy return to the city.

Bird’s strategy of forcing regulations to be retro-fitted to suit its business model is indicative of a a wider movement in tech innovation. The tactic, in its most extreme form, is called “regulatory capture” – when an industry has enough influence over its regulators that it is the one really calling the shots.

Companies like Uber have long gambled on this strategy to get ahead quickly, and then use public demand to ease themselves back into market. Led by a previous Uber executive, Bird appears to be following suit.

Disruptive newcomers often factor in the risks and rewards of playing by the established rules; making calculated decisions to gain market share despite risking sanction, or in some cases, banishment.

Airbnb’s battle with the hotel industry and Uber’s ongoing struggles against London and New York City’s Taxicab lobbies are examples of how the fights for market access can escalate to create a branding and PR advantage. What’s more, power users might fight for their rights and sue the city themselves, on behalf of the startups.

In the battle of media attention, these stunts can jumpstart conversations around access to innovation versus the status quo of regulated industries. Equally, they can also result in sweeping regulations that block access to a segment of the market entirely. But every division is an opportunity to rule.

Yet, bizarrely in an already high stakes game, miscalculating a city launch might be the least turbulent worry for these upstarts. The ride sharing market is fast-moving, unpredictable and competitive. The sudden and dramatic departure of Ofo, one of Lime’s competitors, from most of North America, is a perfect example of how much worse it can get.

The mixed reception to Bird’s droppings nationwide illustrate that appeasement of regulators is key to their survival, but not the only factor. For surprise to become a valid growth strategy, it has to win hearts and minds — and thus users and defendants — too.

It will be interesting to see how Bird’s strategies stand the test of time.

For now, in St Louis at least, the electric scooters will have to earn their stay, as effectively as they made an entrance.