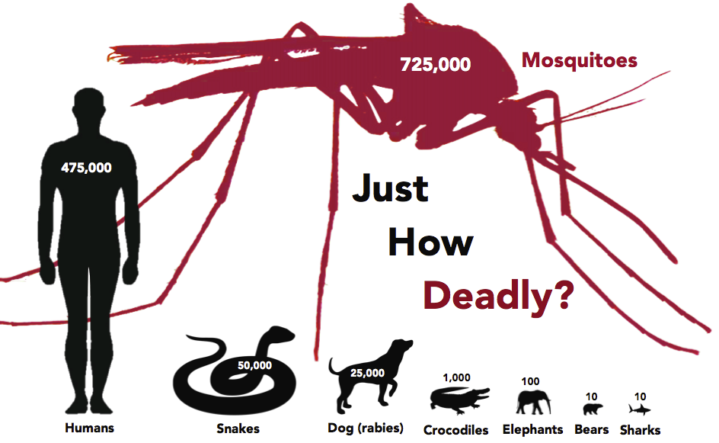 "If you know about Georges Seurat, the french painter who did the 'dot' paintings, we're kind of making a pointillist painting. Each time we complete a microbe discovery it's like adding a dot to the overall picture, and each dot represents a big data play," Charlie Walch, CEO Pluton Biosciences

Look no further than Pluton Biosciences for confirmation that St. Louis entrepreneurs are engaged in matters of global importance. Disease, crop resistance to insecticides, and waste management are just a few potential targets of their work.

Since January of 2017, the bioscience startup has pursued funding to develop its unique research methodology, which efficiently identifies microbes that hold the potential to solve world-wide biological problems. One of Pluton’s primary goals has been to develop microbes that eat Mosquito larvae to slow the spread of disease.

Confirmation of the importance and relevance of their efforts came this month when the BBC reported on the success of similar experiments in Burkina Faso in West Africa.

The BBC’s confirmation that genetically modified microbes have been effective in slowing the spread of disease in a controlled environment seems to have come just in time. Last week, on Friday June 7th, Pluton Biosciences’ regulation crowdfunding campaign to raise $75,000 in seed capital beat its goal, raising $98,000.

Pluton Biosciences was named after Pluto, the god of the underworld in classical mythology. The name speaks to the discovery of antibiotics, the blockbuster bio-solution of the 20th century, which was the result of pitting bacteria and fungi against competing infectious microbes to kill them.

According to Charlie Walch, CEO of Pluton, there are millions more potential microbial solutions out there of equal or even greater global significance.

“There are one trillion microbes in the world. They live everywhere: in you, on you, all around you. Only one million of them have been described,” Walch explained to EQ.

Antimicrobial resistance to insecticides, vector-borne diseases (such as malaria and the Zika virus), invasive species, global warming, pollution, overuse of chemical based products, and the ballooning global population are just some of the environmental concerns faced by the planet. Academic research lab solutions, which represent the traditional pipeline to bio-solutions, are not keeping up with the pace of these environmental threats.

Pluton’s business model is to design and execute experiments to find what Walch calls “good bugs in soil” to do specific things–kill mosquitos, eat plastic, create new antibiotics–and then licensing the solutions to their customers. As they collect the data from the experiments, they’re building a big data map of microbes.

“What we’re doing is taking all of our research data, every time we do a discovery, and mapping it back to what types of soil, what types of conditions, what types of organisms are there. If you know about Georges Seurat, the french painter who did the ‘dot’ paintings, we’re kind of making a pointillist painting. Each time we complete a discovery it’s like adding a dot to the overall picture, and each dot represents a big data play.”

Pluton Biosciences “micromining” platform is designed to do microbe research more quickly than academically founded research labs due to the presence of a commercial target market at the end of the process.

“We take our discoveries to producers who can turn them into products and get them to market. Our customers are companies like Bayer, as well as governments and foundations; all of whom have have a stake in solutions to these types of problems,” Walch said.

“He said, ‘I have an idea to start a company.’ Since I’ve been doing that since we both graduated from college, it made some sense. All of the other businesses I’ve started have used bank financing, however,” Walch recalled.

Neither of them had started a biotech business before, so there have been challenges. Due to their licensing business model, Pluton needs a lot of upfront funding to develop the product. In order to establish a more robust team, they applied to Arch Grants (twice), contest entries, pitching at Invest Midwest, and Yield Lab, but to no avail.

The team has Monsanto veterans on it, which means there is an already established pool of knowledge to design the experiments. In addition, biosolutions go to market in two-four years, which is much quicker than pharma solutions which can take up to eight years.

Nonetheless, a friends and family fund raise helped Pluton develop their proof of concept, which identified new ways to kill the mosquito that transmits the Zika virus as well as yellow and dengue fevers. The decision to start with vector (mosquito) control was based on the availability of resources with knowledge in this areas.

“Mosquitos kill more humans a year than any other animal including humans. One million,” he said. Walch is quick to point out that this represents only one of many paths Pluton may take, but it goes a long way toward proving the viability of the business.

With nearly a $100k in funding now under their belts this new bioscience startup is set to accelerate the development of their microbial mining platform.

Pluton is working to identify how to industrially formulate the microbes identified in the POC. In addition, with the crowdfunding raise, the founding team can prepare for a fundraising roadshow with their scientists to line up additional funding.

Walch emphasizes that the discoveries Pluton made of the microbes that kill disease-carrying mosquitoes are just the beginning. Crop protection is another target for the near future, which represents a $70B market. New antibiotics, medicines for gut health, sustainable energy, waste management, and even cosmetics may be future markets.