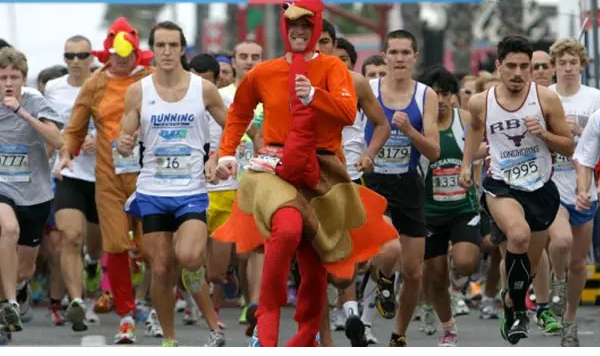 What To Do In St. Louis This Thanksgiving Weekend (November 24th)

It’s Thanksgiving week, which means lots of time with family, then as much time as possible away from your family. That’s where we come in. Here are our top picks for this weekend in St. Louis.

You’re about to ravage your body with more calories than you normally eat in a week. Run beforehand so you don’t feel so guilty.

You probably know Jason Mewes as “Jay” from all of Kevin Smith’s earlier movies. He’ll be in town for three nights, performing five shows.

St. Louis will follow up their first-ever postseason meeting with Nashville when the clubs face off for the first of four times in a tilt at Scottrade Center Friday night. If Tarasenko scores five goals, we’re opening Olio City Moscow.

If you’re a fan of The Last Waltz, you can see it live (well, kinda) as Sean Canan’s Voodoo Players cover it at Delmar Hall.

Download OlioCity‘s personalized city guide app (iOS/Android) to always be in-the-know on what to do, where to go, and where to eat.