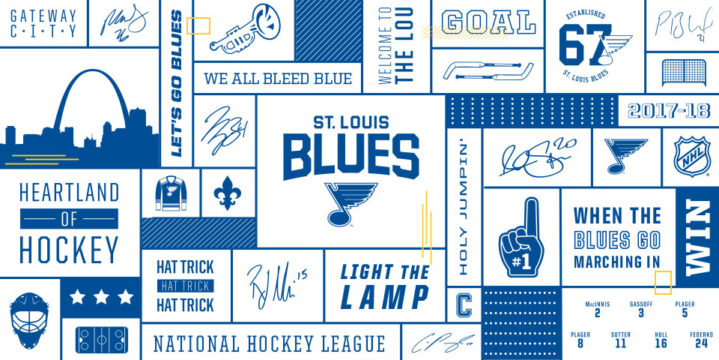 The Best Tweets From That Day When St. Louis Brought the Stanley Cup Home

I’m not sporty, I write about business and I’m from London, UK, which combined together means I’m completely mal-coordinated and can’t even make an office high-five connect properly. It’s so awkward when I miss that my work colleagues actually ask for a “British High-Five” to make me feel better.

Following along on social media is the closest I get to a pitch that isn’t about startups. But the city’s Twitter game was so strong last night, I thought it would be worth collating some of the best to mark this special occasion.

Congratulations to the St. Louis Blues! Last night’s result was EPIC. You made your hometown proud.

The tweet below summed up the feeling up best.

We win! Blues win! #STL deserves this. We all deserve this. #LGB

The SOCIAL MEDIA NERD is Strong In This One

Personally, I can’t help feeling that people that use the hashtag #NewProfilePic are fundamentally confused as to what platform they’re on. Unlike Facebook, Twitter doesn’t notify your follower when you change your profile picture and this hashtag is some kind of weird crowdsourced work around that nobody asked for.

So, EQ sends a massive hat-tip and “I see what you did there” to the social media genius behind this tweet. It’s possibly the most meta of meta social media jokes. I can only imagine you were laughing maniacally when you posted it.

Best use of that hashtag ever. https://t.co/1KQhUQOIf8

This meta-game was awesome too.

Is There Anyone Out There That Didn’t Eat This Yesterday?

Am I stress eating watching the #StanleyCupFinals? YES.
Is my body going to hate me tomorrow? Also yes.
Am I going to stop? NOPE.

It is called a goal, right? I know Hockey involves pucks, but not the kind you find in Shakespeare.

Raw footage of the pucks trying to get past Binnington tonight #StanleyCupFinals pic.twitter.com/u8QuMNIHPa

Apparently you can’t do this on live TV ????

“I knew we would fucking get it!

OMG, Scott Bakula is from St. Louis?? DEFINITELY A SIGN.

Bakula's love of hockey continues to this day, as the actor was spotted on the Jumbotron at Game 4 of the 2019 #StanleyCupFinals on June 3: https://t.co/VSaUteskq5

This New Kid on the Block is a Good Sport

I can be sad that the @NHLBruins lost the #StanleyCupFinals —

But I can’t be mad at the @StLouisBlues, and the good people of St. Louis, for winning the #StanleyCupFinals.

As much as it hurts to say it — the best team always wins. Congrats.

Get em next year B’s! pic.twitter.com/SrgH9ycnN3

Naseem Taleb, author of the books, Fooled By Randomness, Black Swan and Anti-Fragile contradicts traditional investing advice. He recommends placing many small bets on extremely unlikely outcomes, rather than placing big bets on sure things.

I’m not saying that the Blues wining was extremely unlikely… but looking at this payout it sounds like the odds weren’t in their favor. This man’s a genius.

This man put $400 on the Blues to win the Cup back in January. It just paid over $100,000! #StanleyCup #StanleyCupFinals pic.twitter.com/kVG3S3jyz6