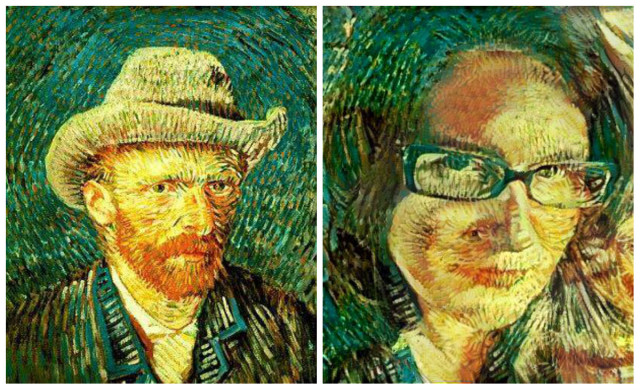 The Pikazo App Transforms Your Photos Into Masterpieces (No, Really)

If you've ever wondered how Picasso would paint your mood or how Van Gogh's brush strokes would depict the St. Louis skyline, you'll soon be able to find out: meet Pikazo App.

If you’ve ever wondered how Picasso would paint your mood or how Van Gogh’s brush strokes would depict the St. Louis skyline, you’ll soon be able to find out, thanks to St. Louis’ Karl Stiefvater and Noah Rosenberg. Their new app, Pikazo, refashions your photos into artwork, and is set to hit the Apple Store early next week.

Beta testing began Tuesday and more than 90 users have already downloaded the app and created more than 2,500 images (Just search #pikazo on Instagram and say goodbye to your productivity for the day.)

“The idea of the beta test was to see how people use it, to see what they are excited about, see what kind of images they’d create and to test usage,” says Rosenberg. “With these apps, you expect drop off, but we’re seeing the opposite. It’s turned into this incredible community, and we realized that’s a bigger part of it all.”

In the simple-to-use app, users upload a photo, maybe a selfie or favorite destination, choose from one of their eight pre-set styles, or choose their own selected image to be used as the style to merge it with their photo. Then they wait while the magic happens.

How exactly does the magic work? The app uses neural networks the way your brain does to rip apart and reassemble image details into something new.

“It’s not just re-painting something as another painting—images like this have never been possible. Each combination happens on its own, like nature,” says Rosenberg. In other words, just like we don’t know exactly how the human visual cortex works, Rosenberg and Stiefvater aren’t entirely sure either.

Beta testers have been experimenting and making discoveries within the app all week, says Rosenberg, who brings more than 20 years of working in design and art direction to Pikazo. His partner, Stiefvater, is the guy they call when special effects teams need a hero. You know that scene with the well in the 2006 film “300”?

Turns out the original depiction of that well wasn’t what director Zach Snyder was envisioning, so they called in Stiefvater who worked on the special effects down to the specks of dirt on individual bricks inside the well to create the visual you saw in theaters. His other credits include cutting-edge work on “Myst,” “The Matrix” and “Second Life.”

Both Rosenberg and Stiefvater are excited for next week, when the app will debut. It will launch at a discounted price, so the creators can see what more people will do with it.

“I feel like the job of Pikazo is to let people express themselves in ways that creates a kind of speed bump in your [social media] feed,” says Rosenberg. “To create something that you need to chew on a little bit. We live in an era where we are so overwhelmed by incredible images and we all forget about that sometimes.”

Why Plant-based Protein is Everywhere Now