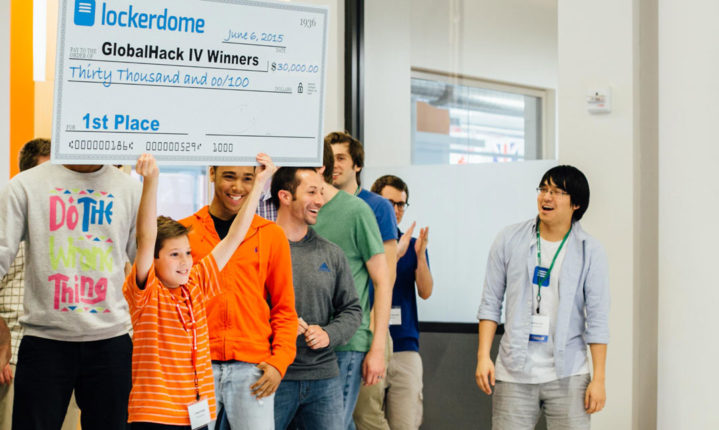 6 Hackathons to Keep on Your Calendar Through Fall

The hackathons are coming—and that’s a good thing. The term “hackathon” sounds like organized anarchy, but that’s a regrettable connotation and 100% incorrect. Hackathons at their core are about building more order and improving the world through technology. They’re organized opportunities for programmers to learn new techniques, share insight, and collaborate to solve real world problems. These events provide opportunities that programmers don’t often get in their day-to-day jobs and lives.

Starting June 10 and continuing through the end of the year, St. Louis will be home to six large, midsize and small hacking events. So, the question isn’t will you join in, but rather how will you hack this year?

Cost: Free
Date: June 10-12
Location: CIC 4240 Duncan Avenue
Hack4Hope brings back its Hackathon weekend June 10-June 12 at CIC. The non-profit actively makes coding accessible to students in underserved communities, and started recruiting 7th-12th graders in March for the event. This week, 50 students will participate in the hackathon. Unlike most hackathons, Hack4Hope doesn’t end after the event. Instead students who participated are eligible to join Hack4Hope Academy. This six-month long program extends and deepens students’ knowledge of coding, problem solving, and includes mentoring as well.

Cost: $20
Date: June 12-13
Location: T-Rex
Distributed Trade hosts the first-of-its-kind 24-hour hackathon this June. The premise is building tech that will disrupt and improve how trade networks and financial service operate. Participants will use the APIs, SDKs, and other cutting-edge tools from the industry to compete. The winners will showcase (and wow) judges with their skills and innovation, and the champion wins up to 20k for their effort.

Cost: $20
Date: June 18
Times: 8 a.m.- 6 p.m.
Location: LaunchCode Mentor Center
Hack Alzheimer’s is one of the 120 Longest Day events held in St. Louis on the summer solstice, June 18. The Longest Day is an Alzheimer’s Association event that encourages supporters and participants to celebrate their passions and skills to raise money and awareness for their cause. The Hack Alzheimer’s participants will collaborate solutions for the problems the disease presents.

Cost: $10
Date: June 24-26
Location: University of Missouri St. Louis ED Collabitat space
HackEdu will hold a weekend-long event where teams use Rasberry Pi 3’s and Bluetooth Low Energy Beacons later this month. Participants will strive to learn and improve how the two technologies work together and how they can be better implemented by teachers and students in learning environments. While the event isn’t affiliated with Global Hack VI, winners of HackEDU 16 can receive passes to the upcoming hackathon.

Cost: Regular admission: $50; At the door: $100; Advance admission: $30
Date: October 21-23
Location: Chaifetz Arena
GlobalHack hosts its sixth hackathon this October. Coders and non-coders converge to solve a yet-to-be-revealed problem with software solutions during the course of the weekend. The hacking kicks off after opening ceremonies Friday night, and the Chaifetz Arena will stay open all hours for nocturnal innovation. The event itself draws a huge turnout, and cash prizes to winners in the youth, college and pro divisions are generous. A $250,000 follow-on grant is designated to help launch an awarded top prototype into the market as well.

Cost: Free
Date: November 4-6
Location: Bauer Hall on Washington University’s Main Campus in St. Louis
ArchHacks invites college students from across the country to Washington University’s campus in November. The event is centered on connections, collaboration, and community. ArchHack’s 2016 team, all sophomores, juniors, and seniors, chose HealthTech as the event’s theme to prove that not only will the healthcare industry be transformed, but also they are the generation to do it.