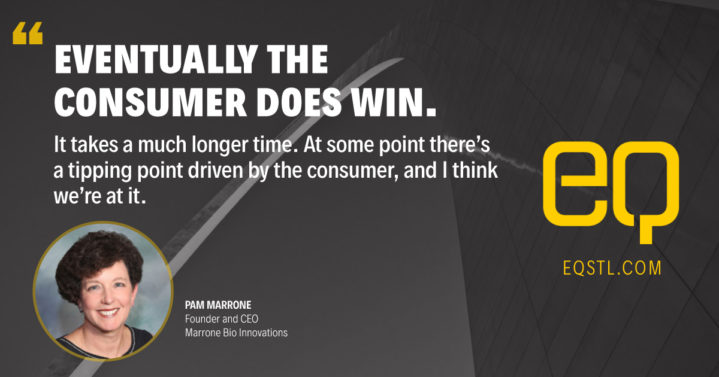 Marrone Bio Innovations' founder and CEO Pam Marrone issues a call-to-action: the agriculture industry is poised to achieve a future of better yields for farmers and better quality foods for consumers, if it can inform and engage these audiences effectively.

Ultimately, technology, international trade, and generational changes in consumer behavior could bring about a farming industry that aligns with the Millennial values of trust, traceability and provenance. Here’s how: agriculture is developing in a way that will maximize both the interests of growers (whose priority is yield) and consumers (who are are increasingly demanding sustainability and thus putting more and more pressure on growers).

At the Davos on the Delta conference hosted by iSelect Fund in Memphis, presenters discussed an intersection of themes on the future of agriculture. Specifically, how technology, international trade, and generational changes in consumer behavior could transform the food production industry into a more sustainable, personalized and de-commoditized market.

Pam Marrone, CEO of Marrone Bio Innovations, echoed these discussion points in her conversations at Davos on the Delta. Her company is at the center of the inflection point in agriculture.

Marrone Bio Innovations, researches, develops and brings to market “natural products to help control pests” — biogical pesticides. Think insecticides, fungicides, nematicides and other products, all derived from microorganisms. The company’s products are intended to maximize yield for farmers and can facilitate environmentally sustainable food for consumers, but biological pesticides are comparatively obscure within the industry .

Building a Sustainable Future in Agriculture

Serial entrepreneur, Pam Marrone, took time away from her duties as CEO of Marrone Bio Innovations to talk to EQ. Recognized as a leader in biological pest control, naturally sourced herbicides, pesticides and fungicides, she is a Trustee at Cornell University (Class of ‘78), and serves on the boards of a number of industry associations, such as Treasurer of the Association for Women in Science.

Marrone says that the Ag industry faces the emerging threat of agro-chemical resistance. During our conversation, she shared three fundamental ideas about building a sustainable agriculture industry for the future.

Firstly, that the industry will not be able to find a single ‘silver bullet’ for pest control, to replace agro-chemicals for which pests are developing resistance.

Secondly, that biological solutions have not been tested fairly — the norm is for farmers to combine a variety of solutions, while researchers often compare biologicals in isolation against established practices.

Finally, Marrone predicts that the future of pest control in agriculture cannot be an “either/or” choice between agro-chemicals and natural solutions. Rather, the industry must adopt an ‘integrated pest management’ (IPM) approach that combines a variety of solutions, including biological pesticides.

Marrone sees the industry as being at a tipping point currently, and that approaches like IPM will soon become the norm among conventional, not just organic, farms. “Eventually the consumer does win. It takes a much longer time. At some point there’s a tipping point driven by the consumer, and I think we’re at it.”

Despite the Need for Biological Pest Control Products, Awareness is Low

Despite hearing from farmers who tell her that the chemicals aren’t working as well today as they used to, Marrone noted that very few farmers are actually aware of biological solutions. “There’s just a lack of awareness and education around the whole category of biologicals. Our surveys show that more than half of growers don’t even know what biologicals are.”

According to Marrone, this may be due in part to unrealistic tests that pit biologicals against chemicals in a head-to-head comparison. “Farmers mix and match all kind of things, yet the testing schemes are very old-school. And instead of being tested in programs, they are tested alone.”

Increasingly, the modern-day farmer is both a conventional commodity farmer and a specialized organic farmer, with crops separated just by a road or field. This trend facilitates the kind of experimentation that fueled the adoption of Marrone’s products in the first place and perhaps more realistic comparisons that involve biological pesticides as part of a program, not alone.

This year, Marrone Biological Innovations, released three new biological products, designed to fight pests and diseases and demand for these products is projected to double from $4B to almost $9B by 2022.

Nonetheless, Marrone explained to EQ that working with biologicals is hard and requires a great deal of time and effort to bring a viable product to market. Stargus, for example, the sixth of nine products Marrone has brought to market since 2006, took five years of development, gained EPA approval last year and is still under regulatory review in some states.

“I think the reason why you don’t see more companies like ours, is because it’s hard. You have to get EPA approval, there are stringent requirements for testing and product development can take years. But we’re good at it,” Marrone told EQ, switching gears from industry expert to the role of proud CEO and founder. “Anybody can discover a microcrobe that enhances the growth of plants. It’s the development that’s hard.”

Marrone emphasized that it is fundamentally important to present the effectiveness of biologicals and IPM to farmers in a meaningful way.

However, this is no simple task given all the barrage of conflicting research, ideas and opinions in agriculture “There’s so much noise out there … How do you break through?”

On this front, Marrone offered a call to action, stating that in order to connect effectively, agriculture companies will need to make more personal and emotional connections with their customers. A point of view shared by Matt Jeter, founder of St. Louis based AgTech startup, Lean Media.

Research and numbers are valuable, “but it’s not about showering the consumer with facts and science, there’s so many examples of where that hasn’t worked. It’s about … connecting on a values-basis with the consumer.”

Oliver Cox
Oliver is a Community Voices Editor for EQ and is engaged in new business development at Longneck & Thunderfoot. You can find him performing music at many local open mic nights.