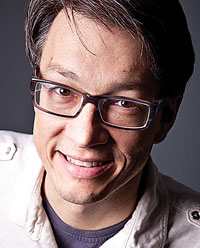 Cyber in STL: Catching up with Jay DeLong of SixThirty CYBER

As managing partner of SixThirty CYBER, a cofounder of Active Capital, SixThirty FinTech Accelerator and T-REX and the former VP of New Ventures and Capital Formation for the St. Louis Regional Chamber, Jay DeLong has had his hand in many different aspects of the St. Louis startup ecosystem.

But as SixThirty CYBER is in the midst of selecting its second class, it’s the hand that currently guides cybersecurity startups that we are most interested in following. From gender disparities in the sector to an unexpected lesson from the accelerator’s inaugural class, read on to hear his take on what’s happening right now.

So if you look at the industries that cybersecurity companies are most interested in partnering with–or most interested in reaching as potential clients–St. Louis is a fertile environment for them. We already have a great concentration of FinTech companies. Then there is the access they get to other verticals, like defense with Boeing, insurance with RGA, agriculture with Monsanto, healthcare IT with Express Scripts, as well as healthcare insurers and providers systems here. We also have all of the government and military arms like Scott Air Force Base, NGA and the Federal Reserve. All of these verticals share the common need to protect their castles.

Then most of our companies—three-fourths of them—are non-US-based. Many of them are coming from countries like Israel, which has an entire culture of leadership and a large number of people working in intelligence, giving them an incredibly skilled workforce for this sector. For them, cybersecurity is an export, and getting into the US market to land American customers and investors is critical to their strategy. SixThirty is a great source for both investment capital and lucrative connections.

SixThirty CYBER’s one year anniversary is coming up. What’s one thing you’ve learned in the past 12 months?

One thing we’ve learned and since shifted is how we schedule our program. We found that we needed to be more open and agnostic with our calendar. In our first year, we had an intense fall program that ended in mid-December, which kept in mind the winding down of work near the holidays in December until ramping up again in January. Since a lot of our companies were non-US-based, we ran into conflicts in the fall for those in our program who practiced Judaism or Islam. SixThirty’s partners and I have had to broaden our thinking. As a consequence, we’re moving to a year-long program, with six to seven months of programming broken up to be more tolerant of all holidays. It a pretty cool thing, to be able to bring all of these companies from different countries here and learn so much. Obviously, the focus is on their business development and growth, but that cultural aspect is definitely an added bonus.

Forbes recently published an article on the status of women in technology, specifically cybersecurity technology, touting the problematic statistic that only 11% of the world’s information security workforce are women. How can the St. Louis startup community, and in particular SixThirty CYBER, address this issue on a local level?

Unfortunately there are natural biases in certain fields, particularly those fields that view military experience as high in value. So far, in our own scores of applications, we’ve only seen two women in leadership roles in those teams. But, one of the semifinalists from our pitch day this week is a female CEO. I immediately called Suzanne Magee of Bandura Systems to introduce her and facilitate that connection.

We are investors first and foremost, but as people, we can connect and go that extra mile to overcome gender inequalities. This spring, there were three companies with female leadership that did not make it to our pitch day, as they weren’t quite there in their businesses for varying reasons. But they caught the attention of the partners, who, aside from looking solely looking for investment opportunities, recognized an opportunity to bring this talent and connect it to St. Louis. We’re currently developing a parallel process to our accelerator which will help connect CEOs and CFOs to mentor businesses and institutions here in the region.

As far as other national or global trends in cybersecurity, what are you paying attention to right now?

Right now it’s about waiting to see what the administration will do in terms of compliance. We already know where Europe is going, with a lot more rights for individuals, and a high demand to see the personal data that is collected about you online. That is going to be expected of corporations in the EU, and you won’t be able to do business there without that level of access.

Is providing that personal data something that more and more companies are going to have to do, whether they are based in Europe or not?

There is that potential, but we don’t know where the US will go right now. Securing data management in the cloud is still big, and with any new regulations, corporations will have to act quickly or they will face severe financial penalties. So, it’s important for companies, like the companies in our portfolio, to have the ability to act swiftly once regulations occur.

Where do you see cybersecurity going from here?

The criminals are only getting better. And they are attacking from within companies, from other nation-states and then just as individuals. As they get better, they only have more to gain. Cybersecurity companies have to be right 24/7, 365 to succeed. But criminals only have to be right once.

FinLocker and the Digital Mortgage Revolution

Give and Take: How St. Louis’ Community Drives Collaboration Between Startups and Banks