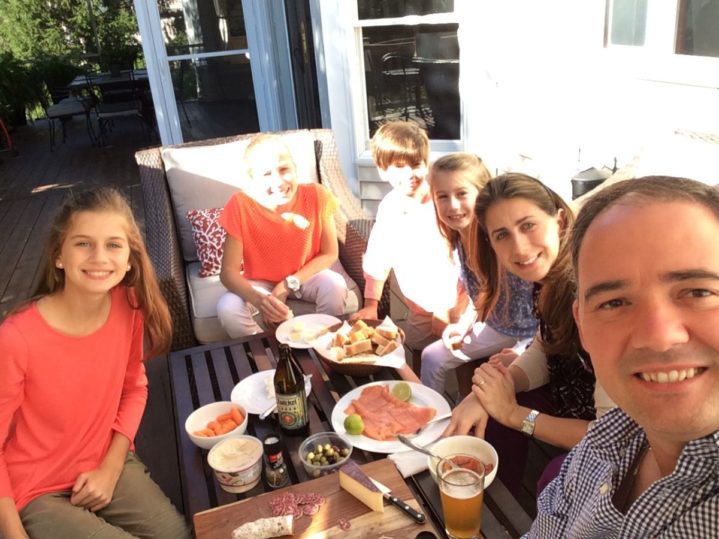 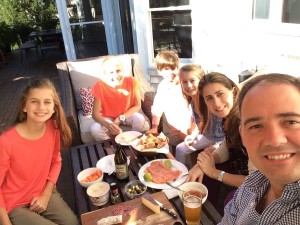 Originally from Venezuela, Luis Rivero spent years in the corporate world at DuPont Nutrition & Health (formerly Solae) before deciding to take his understanding of protein, nutrition and energy bar markets and do something about bland ingredients and recipes. Bringing a love for ethnic experiences and sensitivity to dietary needs, Luis co-founded Hůga Bar, where they make nutrition eclectically tasty.

We’re about sharing, spending time together with family and friends, which was important to both of us from our childhoods in South America. All energy bars we saw were inspired by the ingredients, rather than what we saw as important—the recipe and the experience. We go around the world, curating great recipes, take out the bad stuff (refined sugar, GMO’s and gluten) and adding things like dates, honey, agave, and a combination of dairy and vegetable proteins. The name is inspired by the Danish word hygge (pronounced hee-gah), which roughly means cozy moments with friends.

Did the world need another energy or nutrition bar?

We don’t know yet (laughs). The American consumer has become so sophisticated, though, with flavor profiles, ethnic tastes that weren’t being met in the marketplace. Häagen-Dazs, for example, came out with Dulce De Leche ice cream for what they thought was the Latino market. They were surprised to see it succeed mainstream—becoming their #1 selling flavor. That validated our instincts, and we wanted to find those kinds of flavors around the world and bring that to bars.

We launched online in April and started selling at retail in May. We’re now in 60 points of sale, from Massachusetts to Florida, plus here. In St. Louis, we’re at Straub’s, Dierbergs, Lucky’s, Alpine Shop, Smokehouse and Schnucks among others.

Tell us about the selfie you sent for use with this story – what’s interesting to you about it?

This photo captures many things I love, having a delicious yet simple meal with loved ones around a table. Good food, good conversation, it’s what we like to call a Hůga moment! Also, notice my new favorite beer on the table, Urban Chestnut’s Zwickel.

It’s the outcome of your attitude toward life, your curiosity, your engagement of others you meet.  Like the inspiration for our Almond & Honey bar. It came from a road trip to Spain, eating paella under the trees with friends in Soria. Getting turron, a classic Spanish dessert. We were living that moment, connected with our friends. If you’re not appreciating those little moments of life, you’re going to miss the inspiration.

At Solae/DuPont, I learned process. Corporations are process-oriented. Innovation and food production alike are processes. The process is not everything, you need your gut, but you need the process to have data to react to.

If time and money were not factors, what would you spend your time doing?

Our Instagram account has 13% engagement, which is huge, but my teenage daughter has triple that engagement. What I could learn from her and her peers is fascinating.

Who’s a person in your past that helped you become who you are? What did they do? Do they know their influence on you?

My parents, first and foremost. Generosity, their values, treating people with respect—I learned from them and it’s served me really well my entire career. No one likes to work with an arrogant person, no matter where you are.

Imagine you spend a long flight with some amazing people – who are they, where are you going, and what do you talk about?

Pope Francis and President Obama or whoever the next president is—we’d talk about poverty, especially in the US and Latin America. Instead of talking about walls, we’d talk about lifting everyone so you wouldn’t need walls. A market of 300 million in the US would become a market of maybe a billion prosperous people from the Arctic to Tierra del Fuego.

I don’t multitask. I use a Six Sigma approach to reducing defects that I learned in graduate school—if you touch something more than three times without acting on it, that’s a defect. If you tally those, you’ll find what to do to boost your own productivity.