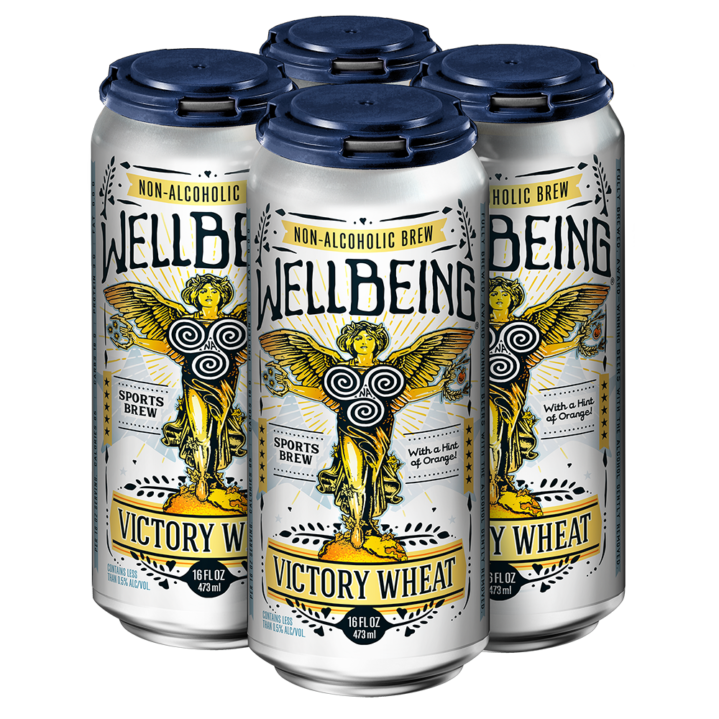 Is this the world's healthiest beer?

Adding electrolytes in WellBeing Victory Wheat’s brewing process marks a major health milestone for the beer category. Seventy-five percent of Americans are chronically dehydrated, according to the Centers for Disease Control and Prevention and other surveys — and conventional beer only adds to dehydration because of the alcohol.

“Dehydration prevents your brain and body from functioning optimally, and most of us are living our lives under the optimal hydration level,” says Dr. Lianli Li, PhD in Pharmaceutical Sciences and President of Gateway Pharmaceutical in St. Louis, who helped Buoy’s founders create their electrolyte formula.

With Buoy’s electrolyte boost, WellBeing Victory Wheat delivers vital nutrients, including Vitamins B5, B6, B1 and minerals such as Potassium and Calcium, all in less than 100 calories per 16oz serving.

“We made Buoy so you don’t have to think twice about hydration,” says founder Daniel Schindler. “Buoy has no sugar or calories and can be added to any kind of drink without compromising the flavor.”

WellBeing Victory Wheat contains a similar number of electrolytes as a serving of Gatorade, but without the added sugar and calories of a typical sports drink.

The electrolytes in WellBeing Victory Wheat help replenish the body’s vitamins and minerals so that consumers can enjoy the naturally-occurring health benefits of beer, including polyphenols — micronutrients packed with antioxidants and anti-inflammatories.

Where Can I Try It?

WellBeing Victory Wheat will be sold in 4-pack, 16oz cans at Whole Foods markets in Missouri, Kansas, Tennessee and Colorado, and other select retailers beginning today.

It is also available for online purchase at WellBeingBrewing.com.