On this episode of the Bourbon Friday Show we had the opportunity to talk with Jeff Stevens from WellBeing Brewing Company about how they are revolutionizing the Non-Alcoholic (NA) beer market.

To kick off this Bourbon Friday Show we heard from Jeff Stevens from WellBeing Brewing about NA beer and how WellBeing is changing the NA beer market.

Stevens made the decision to stop drinking alcohol when he was 24 years old, and hasn’t ever looked back. Although working in marketing for the music, beer, and spirits industry has posed various challenges throughout the years as many events and social gatherings are at bars.

People choose to not drink alcohol for many reasons—but the alternative options have never really been that great. Ordering a soda, water, coffee, or subpar NA beer have been notorious for inciting an air of discomfort amongst others who partake in alcohol during social gatherings.

Stevens wanted to change that:

A few years ago, he did just that. 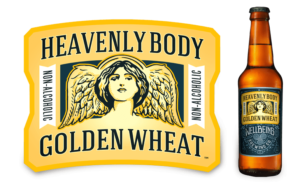 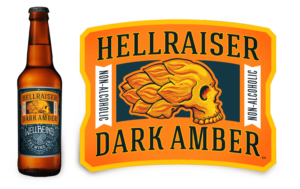 In addition to brewing some of the first craft NA beers in the world, WellBeing Brewing recently started a crowdfunding campaign on St. Louis’ newest local crowdfunding platform, Nvsted.

Despite the irony for this interview, the Bourbon Friday team does their best to choose a fitting drink for the occasion.

The bottle this week was Cody Road Bourbon Whiskey from Mississippi River Distilling Company. With the namesake from Buffalo Bill Cody, this company began in Iowa in 2010 with the goal to capture the essence of the rich heartland flavors of the area. With its unique, sweet grain-forward flavors and smoothness, it’s no wonder it has become a favorite for the Midwest region and beyond.

Fridays are for Bourbon

Bourbon Friday was first started about a year ago by Erik Lutenegger from Tenacity in an effort to bring entrepreneurs who were coworking at T-Rex together to share their insights and stories. Now, that little event has turned into a regular live stream on EQ’s Facebook Page, to showcase all the personalities in the St. Louis entrepreneurship community, as they break free from a hectic work week and engage in scintillating discussion over a glass or two of bourbon.

It’s something we all look forward to each week and hope to see grow even more. Although the happy hour is currently reserved for T-Rex members and guests, if you’d like to attend sometime, email Nick Niehaus at [email protected] to be added to the invite list.

And don’t forget to watch The Bourbon Friday Show on EQ’s Facebook page every Friday at 4:30pm CT.