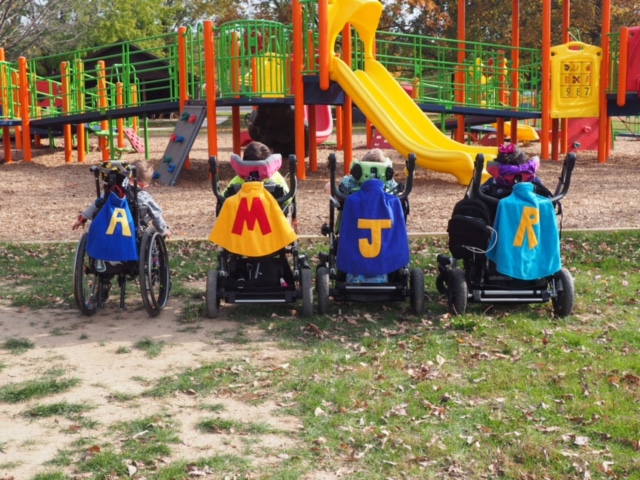 Unlike the internet, Robyn Rosenberger knows exactly what National Superhero Day is all about. It’s the day she has set as her deadline to empower 500 kids in April. Rosenberger’s non-profit, Tiny Superheroes, makes custom super hero capes to give courage and strength to young children overcoming illness or disability.

Customers can buy a superhero cape to sponsor a child in need, and Tiny Superheroes will create and customize it and donate it on your behalf.

HECT-TV have a great mini documentary on Tiny Superheroes and the amazing and impactful work being done by Robyn Rosenberger, who successfully made the transition from side hustle to founding her own company.

We’re sure she’ll hit her target, but being a superhero startup, that’s simply not enough. Rosenberger wants to HULK SMASH through the target!

If you felt the force, saw the bat signal or heard the ThunderCat roar while connecting with her story, then summon yourself over to Tiny Superheroes to give a real superhero their first cape.

What’s Next for Sparo Labs

How Express Scripts Fosters a Culture of Innovation