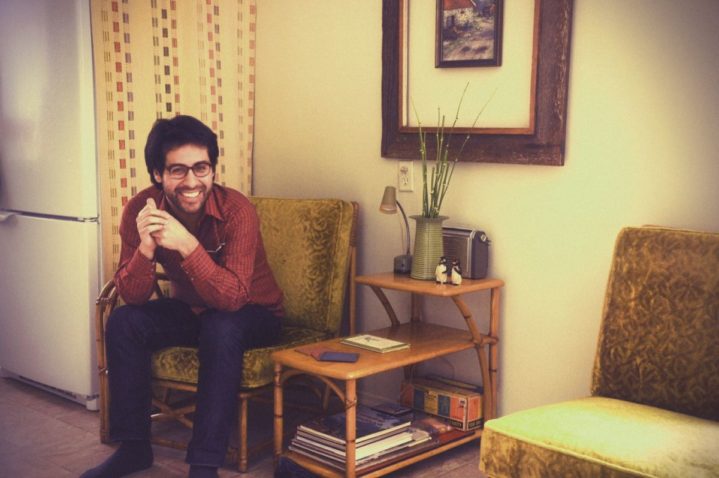 Roberto Hoyos is Founder and CEO of Throwboy, a maker of throw pillows based on Internet culture. Roberto made the first pillows as a Christmas gift for a girlfriend, but Throwboy is now embraced by the internet geek community.

What was the impetus in launching Throwboy?

In 2007, I made seven icon pillows for my then-girlfriend by hand as a Christmas gift. She was a Mac nerd like me, and into tech too, so I thought she would think they were a cool gift.

What preparation did you have in launching Throwboy?

I learned sewing at about five years old from my grandma, who was one of the first seamstresses at REI. It was just a useful skill to have, but I could barely hem my pants, so I was no expert. That girlfriend worked at a tech company at the time, and they blogged about the pillows when she brought them in after Christmas, and all of the sudden the post went viral. It made Gizmodo, CultOfMac and Mashable. It got re-blogged on all of these sites and it crashed my site with all these people going there for the photos.

I was working at the Apple store in Seattle back then, and I showed my friends at work the hits my site was getting with all this re-blogging. One of them had some startup experience and he suggested I start a business. I realized that I actually could build a brand around Internet pillows. I then spent a year figuring out the product, the brand and an e-commerce site. I was also looking for a factory and couldn’t find one that got it, so finally I made 100 of each SKU myself and said, “let’s just launch it.”

We’ve been 100% bootstrapped, so I still own the company. In 2013 we did a Kickstarter campaign to go from hand-making the pillows to having a factory. We raised $24,000 due to the support of our fans.

What’s your vision? Does it go beyond pillows?

I don’t want to be a company where it’s just about the object. I realized it was about the story and the people. I spend a lot of time at ComicCons and other events where I meet influencers and build relationships. That’s our marketing. I went to SXSW with a suitcase full of logo pillows that I used to meet all the CEO’s and start relationships.

The Pillow Fighters is a weekly webcomic that I currently write and draw—like Calvin and Hobbs meets Teenage Mutant Ninja Turtles—we have three characters that come to life in a boy’s imagination, living in an Internet-connected age. We’re working on plush and vinyl toys and an emoji keyboard for your phone.

Why is St. Louis important to Throwboy?

I knew Jon and Marshall from NeedWant. John was a longtime friend, and he had moved here. He encouraged me to come here because my working capital would go farther. I shipped a bunch of pillows to a warehouse here, sold all my extra stuff, and came here without ever having been here before. St. Louis helped us get success, because we can be so much a part of the startup scene.

What kind of traction are you getting?

We’re now in 700 Zumiez stores nationwide, we have e-commerce fulfillment in San Francisco and a distribution center in LA. People also reach out to us now to do licensed versions of The Pillow Fighters, so we’re building our own licensing IP. We just got a deal to do Three Stooges Pillow Fighters, for example, from the company that they created to hold their rights.

What’s been the biggest surprise to you in starting Throwboy?

Sharing stories and behind the scenes has been more important —like my vlog about my daily life—than I thought. Plus, the emoji entry into pop culture has been huge—we no longer have just a tech audience.

Describe the moment when you first thought you were viable.

While we were in our one year incubation, someone like Mashable or Gizmodo re-blogged our original story and we rushed to put up a landing page with a contact form. When we got 500 email addresses with that before we even really had a company, I knew we were on to something.

Describe a moment of doubt. What did you do?

Honestly, anytime I have a doubt, I have to shake it. When you own a company, you have to care more than anyone else, and you can’t do that if you’re doubting. That and all the positive reactions on social media keep me going.

If you have something in mind, start it and just put out a MVP. If you wait to put out a perfectly polished thing, you’ll miss your window. Put it out and iterate on it—that’s what we’re doing with the app and webcomic. Just start.