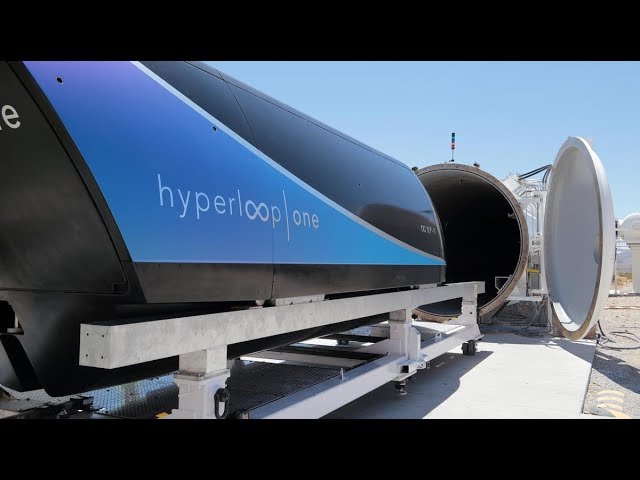 Are you ready to travel, magnetically suspended in a vacuum tube, hurtling at speeds upwards of 700 MPH?

Presenting at Freightweek STL, Andrew Smith, Vice President of Entrepreneurship and Innovation with the St. Louis Regional Chamber, broke the news that Missouri may be in the Top 3 choices to be the first site selected for the first ever Hyperloop.

The Missouri Hyperloop Coalition is on a mission to bring the Hyperloop to Missouri and connect St. Louis, Columbia, and Kansas City. The coalition is a public-private partnership of several civic organizations and the Missouri Department of Transportation.

Missouri could be an ideal site for the first operable Hyperloop in the U.S. primarily because the landscape is especially flat.

Moreover, the I-70 interstate highway that connects two major cities, St. Louis and Kansas City, follows a similar route to the current test case. That route is characterized by being relatively straight and involves a low number of terrain obstacles (again, generally flat), all of which represent good conditions for building a gigantic vacuum tube.

The route from end to end is a 248-mile shot that takes about 3 hours and 40 mins by car, but by Hyperloop it could take a mere 24 minutes. In addition, Missouri’s regulatory environment could accelerate the project.

Connecting two major cities with a commute time under a half hour transforms the talent pool, creating what is known as a “Mega Region” (which is actually one word, ‘megaregion‘).

Smith says the Hyperloop could create the “9th largest megaregion in the country, bigger than Boston, San Francisco, Detroit, Minneapolis or Seattle; and that means investment opportunities.” The Hyperloop would effectively double the workforce of the region in one fell swoop.

One might speculate whether Missouri would have been a more serious contender for the Amazon HQ2 proposal if Missouri was chosen and if the region could win a similar opportunity in the future.

Missouri is the birthplace of the US interstate highway system, so it is fitting that it is still a leading candidate for the first U.S. Hyperloop system.

According to Smith, the creators of the interstate system operated on an important principle, “If you want to start a national network…you start at the hub, you don’t start at the margins.”

In addition, Smith notes, the cost to build in Missouri would be significantly less than many other proposed sites.

Both Kansas City and St. Louis continue to invest in and build their respective innovation and economic development ecosystems.

St. Louis is home to Cortex, the region’s largest innovation hub (and not coincidentally a proposed Hyperloop portal site) and Kansas City has the KC Startup Village, the KC Social Innovation Center, and other emerging centers of innovation. Put Columbia in the middle and you have a new regional innovation hub, in the manner of the Research Triangle in Virginia, connecting Washington University, St. Louis University and UMSL with University of Missouri – Columbia and any number of Kansas City institutions.

Imagine if an idea was borne in one half of the state and then shared 30 mins later in face-to-face with a colleague, a partner or a possible investor. The opportunities are limitless. 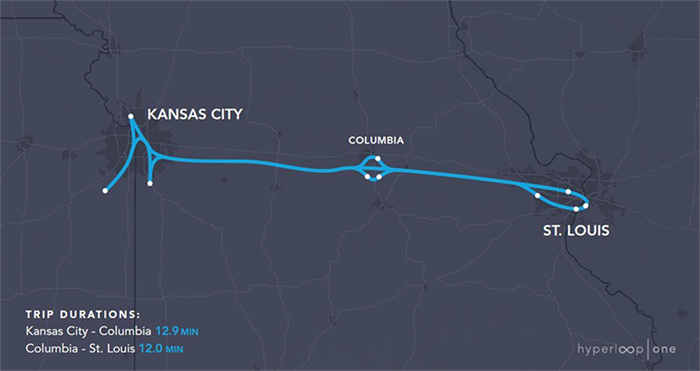 The Future Of Hyperloop In Missouri was presented during the Freightweek STL Conference, a 4-day event hosted by The St. Louis Regional Freightway, a Bi-State Development enterprise formed to create a regional freight district and comprehensive authority for freight operations and opportunities within eight counties in Illinois and Missouri. The conference presented a mix of representatives of the public sector and private industry businesses.