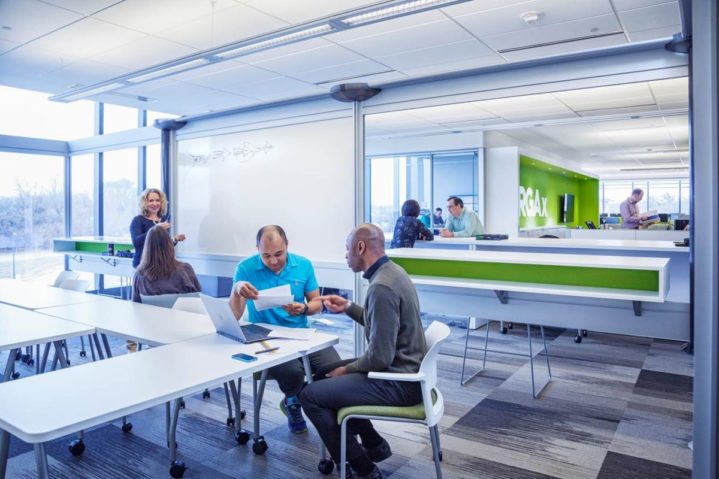 Your Enemy Is Indecision: How To Reduce Sales Cycle Times & Increase Close Rates

Structuring decisive approaches to long standing customer issues is what selling is all about.

Registration is now open for SalesMentour’s next sales accelerator event on Tuesday, January 15, 2019 from 4:30 PM to 9:00 PM at T-Rex, sponsored by Outreach.io and presented in association with EQ.

When selling your product, your biggest competitor is always the decision to do nothing at all.

Have you ever noticed how your organization is designed around lengthy sales cycles, but the best deals you actually won spent significantly less time in the sales pipeline process? Would you agree that most of the opportunities you’ve won, closed surprisingly quickly? Whereas most prospects that remain stuck in the sales pipeline rarely become customers?

Maybe it’s something to do with you? Perhaps the market? Maybe the competition is stronger?

According to Sirius Decisions, “an amazing 58% of deals don’t get lost to the competition, or end up in your hands – they result in No Decision.”

Don’t be fooled, no decision is not ‘indecision,’ as some prospects might protest. It’s the active choice to abstain from making the decision itself. It’s the decision to literally do nothing.

As American philosopher and psychologist, William James put it, “When you have to make a decision and do not make it, that is in itself a decision”

Think about when you abstain from making a decision. What’s holding you back? Usually, it’s “due to not having enough information.” The same is true for your potential customers.

Your Worst Enemy Is No Decision

The decision to do nothing usually comes from a dismal sales opportunity discovery process and the inability to align your solution to their needs.

In reality, all of the ‘junk leads’ in your pipeline, are just opportunities that aren’t moving to the next stage in the sales cycle. They’ve become inert. They’re not a hard ‘No’ or a definite ‘Yes.’

For whatever reason, those opportunities all became the ‘decision to do nothing.’

Want to change your fate here? Establish the next steps at the very beginning of every sales call. The reason is, it all starts here. Your leaky funnel, your long sales cycle times… all of it. It all starts at the moment of talking about next steps. Even when you haven’t even pitched yet.

Your Best Friend is Next Steps

Every opportunity in your pipeline will automatically stop moving towards a deal when there are no clear next steps for you, or your potential customer.

So, how do you ask for that elusive next step? First of all, make sure you leave adequate time to prepare for this discussion on the call. According to the Gong.io, “winning demos involve 12.7% more time devoted to discussing “Next Steps” at the end of the call, reserving plenty of time for the sales rep and the customer to hash out the logistics involved in moving the project forward.”

I’d personally suggest giving yourself about a 10 minute cushion at the end of the call. The worst thing you can do is try to rush everything in at the end, your prospect may have a hard stop & exit the Zoom meeting before you lock down a date and time.

Let’s set the stage. You’re an Account Executive (AE) and you’re jumping on your hand-off call with your Sales Development Rep (SDR).

At the beginning of a sales call, sales trainer David Sandler, teaches us to state our “Upfront Contract,” which is composed of explaining to the prospect the Purpose, the amount of Time we have scheduled, the Agenda & possible Outcomes (P.T.A.O.)

You’re about to set the agenda for the call, as you should – the Purpose, Time and Agenda parts are easy – but now you’re going to establish possible next steps before you’re even done with outlining your upfront contract.

For instance, do you have a long agenda? Let your prospect know you’re going to ask for more time if you don’t get through it.

The magic is in the “Outcomes” discussion. Know what you’re going to ask for and preface that at the beginning of the call. When you plant the seed at the beginning it’s not as awkward when you ask for it at the end.

Here’s a recipe for increasing your win rates and reducing your sales cycle times. It all develops from the the upfront contract discussion.

I’m trying to play with words here, but this is not a PUN… it’s an acronym to remind you how to develop your sales conversation skills and confidence around asking to establish next steps.

So, what should you ask for? As mentioned earlier… do you have any agenda points that didn’t fit into your call? What intrigued your prospect the most that they’d like to see more of? How can you align your sales process with their buying process? Are there any decision makers that would feel left out if they weren’t involved? Have you identified all of the roles and people that need to be included (IT, finance, end users, administrators).

These are all topics you can use, questions you can ask, and information you can leverage — to get a next meeting.

Always know the next step in your sales process to guide your buyer. When you hear those subtle customer pain points that you’re confident you can solve, ask probing questions to find out more information and confirm your suspicions.

Done with discovery? The next step might be a demo of the product to show specific features they are interested in.

Keep the product and features showcase to a minimum. Research shows that 3 features is the optimal amount as it’s just enough to show what you do but not too much to confuse the prospect and push them back towards indecision.

To maintain momentum towards making a deal, you’ll need to steer the conversation back towards a sense of urgency.

The simplest way to create urgency is by being urgent yourself and asking your prospect to act on some agreed next steps 2-3 days from now. But it’s much more powerful if your prospect establishes a sense of urgency for themselves.

Sometimes you’ll need a trick to deal with inertia, or sidestep a ‘been there/done that’ mentality.

Another approach to discovering their inherent sense of urgency is to recap the discussion on your customer’s pain points right by confirming the most important aspects of the decision making process and ask them directly, “Do I have these in the right order?”

Make them say it it back to you. Literally have them order and rank their priorities. Just getting your prospect ordering their thoughts on what is most interesting — to actually verbalize their priorities — is a step forward in admitting they have an issue that needs to be solved.

If you want to take that discussion a step further, even after they’ve ranked their priorities and order of importance say, “I’m surprised you ranked (solution 1) over (solution 3). What was it that put that one ahead of the rest?” This will help take the discussion to a deeper level and explain to you (and themselves) why it’s so important.

Let’s fast forward to the end of the call. You’re recapping the most important alignment aspects you heard, asking if they agree on the order and suggesting an agenda for your next call.

The prospect stops you and says, “I really need to think about this and get some feedback from the team before we meet next.”

At first it might seem like a buzzkill. The urgency train just got totally derailed. What should you do?

The answer is simple. Handle the objection as you normally would. And just DON’T FORGET TO ESTABLISH NEXT STEPS!

Start with accepting they might need to do this and tell them that you understand. Then reiterate your personal understanding of their pain points and reinforce your product’s alignment with them. And simply remind them of the cost of doing nothing that they established with you on the call (i.e. what they said when you asked, “What happens if we don’t make any improvements here?”)… Then ASK FOR THE MEETING AGAIN.

Slinging it all together, here’s how that conversation might play out in a sales script:

“I completely understand that you need to review with the team and get their feedback on this. However, it seems like we’re aligned on (reason 1,2 & 3) and if we don’t get this issue solved soon (bad thing) is going to keep happening! Let’s schedule a call for (2 work days from now) to go through (Next step in your sales process & unfinished agenda items). Does 3 o’clock work for you?”

Boom. You just re-established a sense or urgency and agreed some next steps, in the face of your worst enemy… the no-decision-by-committee meeting.

Registration is now open for SalesMentour’s next sales accelerator event on Tuesday, January 15, 2019 from 4:30 PM to 9:00 PM at T-Rex, sponsored by Outreach.io and presented in association with EQ. 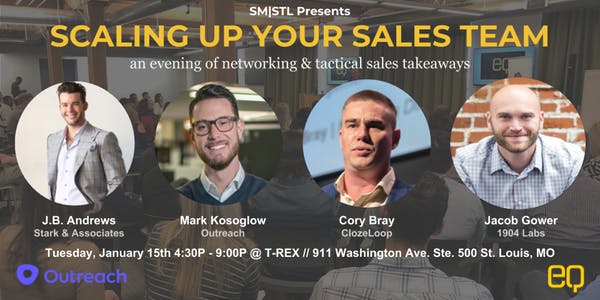 Josh Schwartz
Josh Schwartz is an aspiring sales leader from St. Louis, is currently a Business Development Manager at Bonfyre as well as Co-Founder & Managing Director at SalesMentour. He has almost a decade of Inside Sales experience and has lead SDR, AE, and Inside Sales teams at multiple organizations.