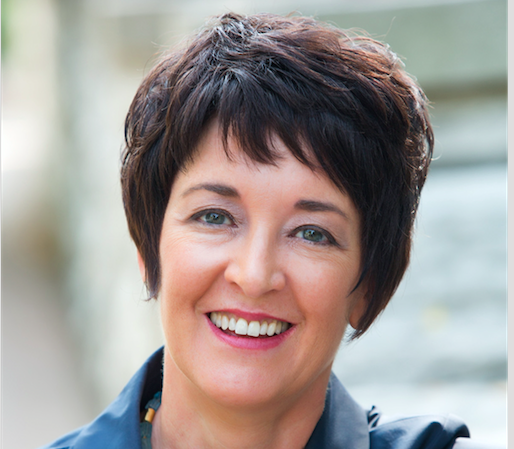 In September, the Prosper Women Entrepreneur (PWE) Startup Accelerator received an Innovation Award at the 2016 Mayor’s Business Celebration Luncheon in St. Louis. Honorees were recognized for their commitment to advancing the city’s national reputation as an innovation and technology hub. As a busy year for the accelerator draws to a close, EQ sat down with PWE’s Lead Managing Partner Dr. Mary Jo Gorman to talk about St. Louis, women entrepreneurs and progress.

What makes St. Louis a good place for women entrepreneurs?

The landscape in St. Louis has changed dramatically for early stage companies over the past 10 years. For entrepreneurs, some of the necessary success features include access to co-working space, which we now have a lot of, and access to capital. St. Louis’ startup ecosystem is booming. People are investing in early stage companies, and many of them are committed to helping women-led businesses succeed. Entrepreneurs need the success of other entrepreneurs who are willing to engage with them and advise them. We are growing these interactions.

PWE participants consistently report that they were most surprised and satisfied with the willingness of other successful entrepreneurs to help them succeed. We truly want these women to prosper, and if someone can make a connection, provide advice or help with a specific business proposition, we (as a community) pick up the phone and help her get to the next step.

We understand how important it is for women to learn how to effectively engage in the community where they want to participate. This is often called networking, but purposeful use of her time to find and meet the people that can provide further connections is critical. There is a method to this, it can be learned and applied and can have major changes in one’s career path.

What unique challenges do women entrepreneurs face, particularly in St. Louis? How does St. Louis compare with other cities in terms of women in entrepreneurship?

There are national studies that show that even though women start 1,200 businesses a day, they only represent 1 percent of the venture capital investment. They lack the size and scale of male-led businesses. I’m not sure anyone completely understands why that is– a few challenges have been identified: women have a difficult time identifying and forming meaningful networks to help them grow their business and access to capital.

There is always room for improvement in St. Louis, just like there is room to improve nationally.

We (PWE) identified what we believe is the best way to make an impact, which is to not only provide capital but also to provide programming and exposure to a network of experts and investors. The program is truly a four-part model: providing capital; providing programming to help entrepreneurs understand and identify resources to grow; providing access to a network of experts; and providing the opportunity for up to $100,000 in follow-on investments. As far as we know, we are the only program like this in the country.

Do you have a success story that you can share that illustrates how PWE is making a difference?

Starting out, the St. Louis community was very supportive of PWE and the Startup Accelerator program. We raised the funds for PWE locally and we raised it rapidly. Our initial goal, set in 2014, was to raise $2 million and six months after inception the fund closed at $3 million, providing proof that St. Louis wanted and needed the program and was willing to support it.

The marketplace continues to respond enthusiastically to the premise that women-led companies are an under-appreciated contributor to improving the economic landscape. Because of our committed investors and stellar strategic partners, we continue to attract impressive groups of applicants in the technology, healthcare/IT and consumer products industries.

To date, we have invested over $1.5 million in the success of 22 women-led companies. Participants continue to recognize the advantages of the experience in St. Louis, which was named one of the most concentrated locations for startups to thrive in the nation. Multiple companies have decided to relocate here, leasing office space and hiring local employees.

How do you measure PWE’s success?

We measure the amount of follow-on capital that the companies raise as well as their revenue and employee growth. These are typical measures for accelerators. The ultimate measure is how much money is returned to the investors but that is a six to eight year timeline.

Do you think the 2015 report by American Express OPEN suggests that things are improving for women entrepreneurs in general?

Absolutely. Even the number of women-focused accelerators has increased tremendously over the last year. When the PWE Startup Accelerator launched, we were one of the first programs in the country designed exclusively to advance women-led businesses. Now, entrepreneurial women have access to a number of resources – it’s a fantastic trend.

The report also notes that when large, publicly traded firms are excluded and women-owned enterprises are combined with equally-owned firms, the women-and-equally-owned firms number 14.7 million, generate nearly $3 trillion in revenues and employ nearly 16 million people (see page 2 of the report).

How do you expect the state of women in entrepreneurship to change in St. Louis over the next five years?

I hope to see the women-led companies in St. Louis increase their success as measured by successful exits. These women will be examples for local and national women and encourage them to build bigger and better companies. There is a good foundation being developed and I expect that we will continue to be able to build on it.

PWE selects two cohorts each year (Spring and Fall) for its accelerator program. Its Fall 2016 cohort presented to a sold-out crowd last Wednesday at Demo Day, held at Washington University. Selections for the Spring 2017 cohort happen soon, with the cohort launching in January.