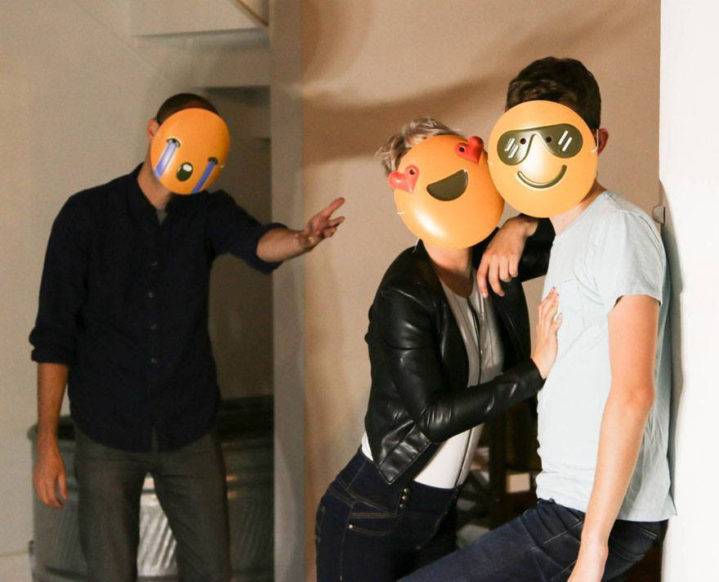 Last year, STL's own Need/Want launched Emoji Masks, a side project that went a little viral Just in time for Halloween this year, they've just released 15 new masks for our purchasing pleasure.

Last year, STL’s own Need/Want launched Emoji Masks, a side project that went a little viral (we’re talking more than $51,000 in sales in 60 days to the point of backordering). Just in time for Halloween this year, they’ve just released 15 new masks for our purchasing pleasure.

Not only do these masks make for an an inexpensive costume, but their product photos might be the best thing we’ve seen all week—mostly reminding us of every basic house party we’ve ever been to. Scroll and see if you don’t agree…

It’s the weekend! An impromptu party is always a good idea…

Even if it’s just so Cool Guy Emoji can show off his subpar DJing skills.

But despite the bad spinning, friends show up and have a good time.

Because no party is ever complete without a little drama, as Crying Emoji soon discovers.

As time passes, one friend will reveal themselves to be an angry drunk (eh hem, Rage Emoji)

And another friend will refuse to admit he’s clearly going through something (here’s looking at you, Confounded Emoji)

But overall, it turns out to be a pretty good night.

Until Unamused Emoji points out (like he always does), every party has to end sometime, “SOME of us have early morning crossfit, people!”

But there’s always the promise of next time!

To avoid backordering issues like last year, Need/Want assured us they stocked up big time, order yours at emojimasks.com