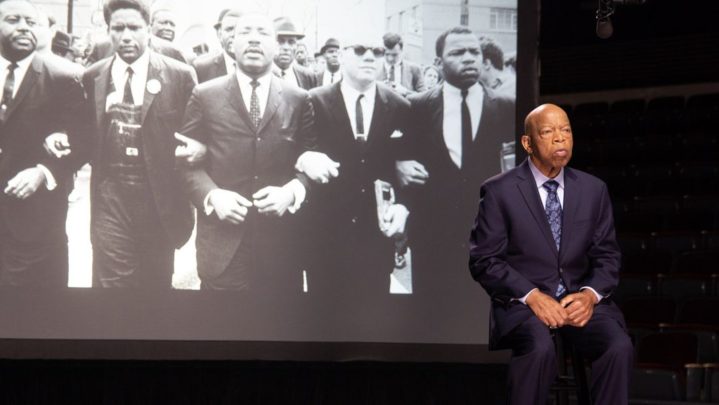 “JOHN LEWIS: A GIANT. A LEGENDARY LEADER. A CIVIL RIGHTS ICON. A HUMAN SAINT.” This is how the New York Times described John Lewis following his recent passing.

As John Lewis has made his way home to his final resting place in Atlanta at historic South-View Cemetery in Atlanta, where he will rejoin his longtime mentor and friend Dr. Martin Luther King, he’s been honored and remembered in his birthplace of Troy, Alabama; been saluted as the horse-drawn carriage carried his casket along rose petals across Edmund Pettus Bridge in Selma; commemorated by both Congressional leaders and citizens in Washington; has laid in state in the Nation’s Capital Rotunda; and in repose at the Georgia Capitol in his hometown of Atlanta; and had his life celebrated in the funeral at Atlanta’s historic Ebenezer Baptist Church. 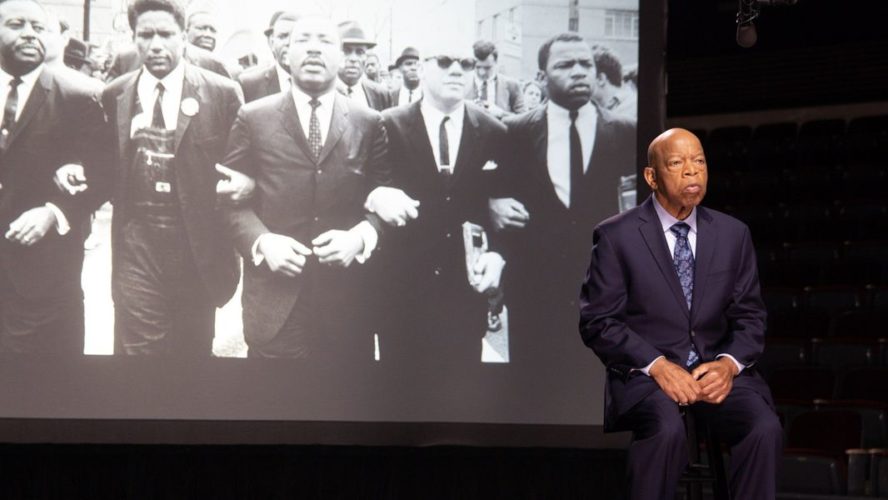 Growing up as a son of a sharecropper in a family of 10 children in Troy, Alabama, in his early 20’s, he became one of Dr. Martin Luther King’s key partners in the civil rights movement.

John led civil rights protests advocating for the right to vote which nearly cost him his life, helped organize and speak at the 1963 March on Washington at the age of 23, continued his civil rights leadership by leading the Voter Education Project, led the 1965 “Bloody Sunday” voting rights march from Selma to Montgomery (which captured the nation’s conscience and led to the Civil Rights Act of 1965), and later became an elected official; first on the Atlanta City Council and then served 17 terms in Congress.

While I have, like so many people, admired the selfless leadership of John Lewis in his role as a member of Congress for over 30 years, I especially cherish the opportunity I had to get to know John Lewis personally several decades ago, when I was living in Atlanta in the 1970s.

John Lewis and I were fellow classmates in the 1975 Leadership Atlanta Program, the year-long program bringing together some 50 diverse emerging leaders. John was 35 and I was 29. He was then the Director of the Voter Education Project and I was Vice President of Central Atlanta Progress, Atlanta’s business organization.

As a fellow classmate back then, I simply did not have a full appreciation of the extraordinary impacts which John already had on our nation, when he was but 35 years old. As the years passed, I came to more fully understand the magnitude of this man’s remarkable positive impacts on our nation.

Having the opportunity early in my career to live and work in Atlanta in the 1970’s provided a unique perspective on what exceptional community-wide African American leadership can mean to the quality of life and the economy of a community. As Atlanta emerged as the “Center of the New South” this self-described “City Too Busy To Hate” had the blessing of extraordinary Black leaders.

As I reflect on those years in which I lived and worked in Atlanta, it was this extraordinary pantheon of African American civic leaders which distinguished that city. Every American city should be so fortunate to have such leadership.

Finally, reflecting on what must have been a lifetime highlight for this humble man was when President Barack Obama presented him the President Medal of Freedom at the White House. John Lewis was in fine company in that 2010 class of awardees, which included former President George H.W. Bush, German Chancellor Angela Merkel, Maya Angelou, Warren Buffet, Yo-Yo Ma, Bill Russell, and “Stan The Man” Musial.

To learn more, I recommend watching the new documentary movie “John Lewis: Good Trouble.” Jonathan Capehart’s interview of John Lewis in that movie was a reminder of what a remarkable man John Lewis was.

Historian Jon Meacham has just completed co-authoring a book with John Lewis, “His Truth Is Marching On: John Lewis and the Power of Hope.” In Meacham’s comments on Lewis’ passing, he noted John Lewis’ extraordinary optimism, and belief that the forces of love could overcome the forces of fear and hatred; even as John had to navigate numerous obstacles in advancing civil rights in America.

Here’s hoping that those key elements of the Voting Act which the Supreme Court struck down in 2013 can be restored by the next Congress in John Lewis’ memory.

Like so many people in John’s Beloved’s Country, I revered John Lewis. May he Rest In Peace.