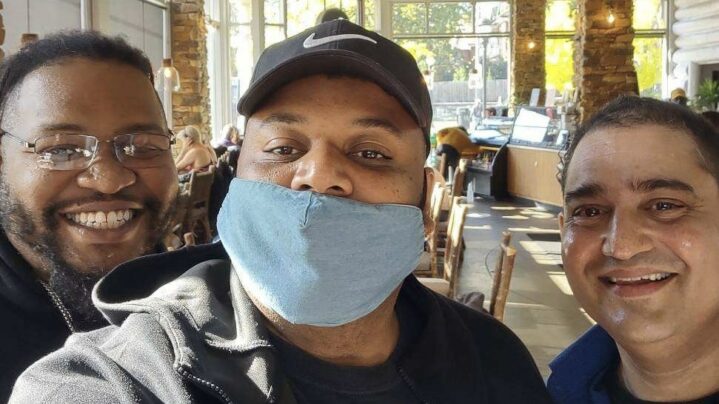 2022 has gotten off to a flying start for St. Louis founder, Bash Jones, who joined SeedScout and headed West to meet investors and launch Homeplan, a personal home management platform.

During the pandemic, while we were all stuck indoors, there was this Twitter account called Candid Founder that so effectively lived up to its username that I saw a high profile columnist in St. Louis getting worked up about the tweets sufficiently enough, that he felt compelled to subtweet them, just because he thought this new persona was simply too over-the-top in how vocal they were in criticizing our startup ecosystem. Obviously, that immediately made me curious.

I was ready to leap into an impassioned defense, but within a few tweets I was disarmed and lamenting the home truths this new guy was yielding up. Whoever was behind the Candid Founder account was clearly a founder by name and candid by nature, so I dropped him a DM.

When we first spoke on the phone, we sort of circled each other virtually trying to get the measure of the other in terms of how much candor was too much. But since then, we chat regularly as there’s no such thing as too much: we’re both of the opinion that founders need to build bridges between St. Louis and the coasts (and internationally too).

Thus it was bittersweet when I learned that Bash Jones —a St. Louisan born and raised— had already left for the ‘Left Coast’ when he texted Happy New Year. But sweet too, because the startup that he’d been brewing in stealth mode for the entire time we’d been talking in St. Louis had been accepted into SeedScout, a venture advisory firm backed by Eric Ries, author of The Lean Startup.

Which means it’s finally something I can write about on EQ too… Although now SeedScout has beaten me to it! Meet Homeplan, the one-stop-shop platform for managing your home.

“Homeplan enables you to put your home on autopilot with a personal home manager,” Bash explains on the Forward Thinking Founders podcast, “From bill pay to maintenance, their assistants manage your entire home, from a-z.”

On spreading his wings, Bash told EQ, “I’m here in the bay to meet investors and build a network.” Coming out of stealth has been positive too, as the home management service-as-a-software (see what I did there?) platform has gone from $0 to $4600 in less than three weeks.

“Our earliest assumption was that we could combine all the most common tasks associated with homeownership under one roof and allow homeowners to manage everything themselves,” Bash explained to EQ, sharing insights from the venture studio program. “However, we learned in the early DIY iteration of Homeplan, that owners would initially be excited, sign up and be very active for a few weeks, but then get too busy to maintain their accounts.”

“Yet they’d always ask if we could manage it for them. So, we pivoted to home concierge and they were willing to pay for the much needed help because it saved them time, money and stress.”