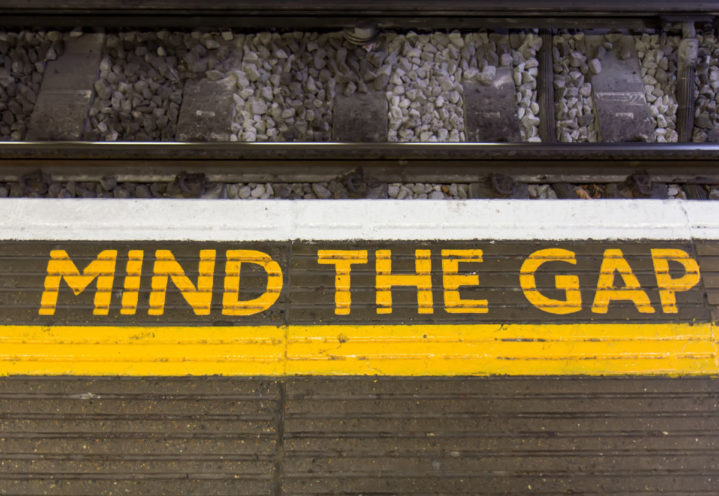 The “I’m No Different” Paradox

A man raised his hand during a talk I was scheduled to give. I hadn’t been back from Washington, D.C. a solid week yet, before I had volunteered myself to show up for an impromptu talk when another speaker couldn’t make it.

I called on him and he spoke up, “Why don’t you just get an associate degree? I did. And look where I am now.”

Can’t You Do What I Do

I swallowed my breath, trying to understand the levity of the audience I was addressing. I didn’t know it before I accepted the speaking gig, but I was standing in front of about 30 or 40 chief technology and chief information officers from all over the St. Louis region at the Society for Information Management (SIM).

Ironically, I was facing my old boss too. He had started off in customer service, just like me, and then eventually moved up into the world of executive tech management.

But he wasn’t the one asking the question. I piped up, “That’s difficult to explain, and not as straightforward.”

“Because we would be technically whitewashing the entire issue,” I said forthrightly. “You would have to know my circumstances: why I didn’t finish my degree; what my home life was like; who was there to support me; my monetary situation at any given time…”

We Can’t Do What You Do

My significant other sat in the front row, watching my face turn a beet red as I spoke. Later, I asked for her thoughts. She indicated to me that, without a doubt, I was frustrated and wanted to just yell out. That I was incredulous at his lack of empathy and understanding for other situations outside of his own.

And I responded to her with, “I didn’t understand. Why would he ask such a stupid question?”

It took me a while to understand that startups obviously fall victim to this sort of mentality. I wondered how many budding founders had heard the oft-used phrase, “just do what I did,” ring through a speculative meeting with venture capital firm or investor right before they got turned away in favor of the next fad that no one understands.

Most Things are Not Designed with Minorities in Mind

I did a bit of research after that experience. In an online forum for tech, I had an opportunity to ask whether or not tech companies in the area had issues with gaining tech users from a diverse spectrum. Particularly, in regards to minorities using their products or services.

The response I received floored me. It was along the lines of saying that people of color just can’t afford it. Yet, this wasn’t the question I had asked, at all. It wasn’t even near it. So I recanted that I was looking for a use case and not a monetary lack, or the shortsighted viewpoint of a person who believes that ‘minority = broke.’

From that conversation, and my previous experience mixed with many others, I learned that taking a strict interest in minorities was not a priority for the tech-minded masses. Items were created for white men, by men, and that was par for the course.

It was in watching Bryon Pierson Jr, local entrepreneur and CEO of the Serenity Strategy Network, present at the 1 Million Cups startup networking event that I made the connection: To many product designers, just asking to consider and include the needs of minorities was tantamount to asking for charity.

Pierson Jr had just recently moved into the coworking space and tech incubator, T-Rex and, at the Wednesday morning pitch session (which is created to give startups a chance to explain who they are and what they do), he had decided to share a recap of his business strategy that focuses on providing inclusion steps and improving services for LGBT+ individuals through tech.

Unfortunately, a participant assumed he was asking for a donation. Yet it was shoot-from-the-hip kind of feedback, as from the beginning of his presentation, Pierson had made it very clear that Serenity is a for-profit company.

“Everybody assumes that I’m a nonprofit,” Pierson later complained during a happy hour I was hosting for my business as a Diversity Consultant.

The comment sparked a conversation when another person countered, “but do you need to always put that out in front every time you speak? Most companies don’t always just start off saying ‘Hi, I’m such-and-such and I’m a for-profit.’ It’s just on the site somewhere or in the material.”

Speculations ensued; wondering if the reason was because Pierson is a young African-American male, working adjacently to improve the livelihood of another minority demographic.

If such mistakes are being made at a morning coffee presentation, how often have the same blunders been made when minorities are looking to get their companies off the ground?

As a newly minted entrepreneur, I have often been given raised eyebrows when talking about my work in diversity. Many prospects also assume that my main focus is on non-profits. Although I’m open to providing services in that sector, my core focus – and first signed client – is actually a for-profit business.

The irony is that they are right to make the assumption in this case, as non-profit boards are overwhelming white. And male.

Research published by The Nonprofit Times and conducted by the Indiana University Lilly Family School of Philanthropy stated, “nonprofit boards are 78.6 percent white, 7.5 percent African American, 4.2 percent Latino American, and 2.6 percent Asian American, according to The Impact of Diversity: Understanding How Nonprofit Board Diversity Affects Philanthropy, Leadership, and Board Engagement.”

The study was based on survey responses from 1,597 nonprofit CEOs and 409 board chairs. Although nearly 47% of the boards are comprised of women leadership, there’s a further discrepancy in the breakdown according to sector: Education has a whopping 50.2% while Religion still trails far behind at 27.9% women board membership.

A key social factor might be in play regarding the lack of minority representation within the leadership of non-profits. Put simply, we’re not hanging out together enough after work.

It’s easy to assume that people interested in pursuing a leadership position, would go to the extra efforts of getting to know the leaders within their organization outside the workplace.

However, in an article published in May 2018 by the Pittsburgh Post-Gazette, CEO and President of the Poise Foundation, Mark Lewis, offered the observation that people of different ethnicities tend to be inclusive within the workplace, “but after 9-5, we kind of split and we don’t get to know each other.”

Another article published in June 2018 by Nonprofit Quarterly pointed to a study that this assumed workplace dynamic could lead to unaddressed perceptions and biases, which prevent change from happening within the leadership levels of organizations.

There’s definitely evidence to suggest minorities face structural barriers to leadership positions and impermeable ranks. Another study of over two thousand six hundred business leaders found many entrepreneurs themselves were specifically recruited to be CEOs at other companies, in favor of their own people rising through the corporate ranks.

Yes, pursuing those leadership opportunities might require entrepreneurial endeavors, but it would seem that getting to know these leaders while owning your own business is to write a ticket for yourself to branch out into the world later. The structural bias is blatantly apparent: It stands to reason that most successful candidates will likely have drawn support from many of those same individuals who had sponsored them previously.

Houston, We Do Not Have a Pipeline Problem

Countless articles tell us about the racial and gender biased among leadership.

At face value, it seems reasonable to argue that it must simply be a “pipeline” problem. Especially, if we acknowledge that if the system to become a leader includes having sponsorship from other former leaders who were also entrepreneurs.

If we don’t see minority representation within the leadership ranks now, how can we expect to more in the future?

Thus the easy conclusion is made that many leaders who sponsor budding entrepreneurs are not at all racially biased nor do they discriminate on gender, and neither does the system. The unfortunate reality is that the system is biased and does discriminate: it’s just that these conditions are unobservable.

Often for-profit leaders sat on and gained their experience from non-profit boards, where they honed their leadership and decision-making skills. That’s a structural issue of exposure to leadership.

Similarly, if venture capitalist firms and their investors are born out of former entrepreneurs, then just as likely to fall victim to systemic biases and institutional blindspots. That’s a structural issue of anointing new leadership.

Seek to Understand the Gaps in Our Experience

Until we sit down and recognize that such issues of bias must be at play, and directly address what it needs to be, the leadership selection system will always (whether by accidental or not) overlook those that it was intended to ignore.

Those who would give career advice or mentor others upon their journey of entrepreneurship often expect to see someone with the same qualities they had and the same opportunities that they experienced. As a result, the company founders they’re looking to invest may be reminiscent of the younger versions of themselves.

What’s so complicated to explain is that the people in a position to invest or mentor are not even aware that ‘that self,’ in which they see themselves, is as a result of a very carefully curated version of reality.

Yet to change his perspective and, by extension, the prevailing social conditioning of who wins investment and why, he would have needed to put himself in another person’s shoes.

Not to blame him, but the issue is that people like him have never needed to put themselves in other people’s shoes. Yet if we’re going to evolve strong organizations prepared for a global economy, we have to face the reality that the world now doesn’t look much like how his did.

Therefore, we must actively support a world view that is much more different and diverse. And create the leadership to match.