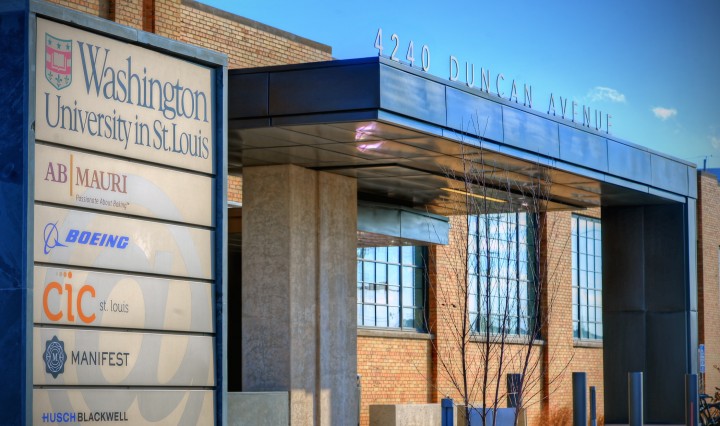 Like most startup organizations at some point in their lifecycle, Washington University's Office of Technology Management (OTM) is in the midst of a pivot. Here's how the office is making an impact in the local ecosystem.

Like most startup organizations at some point in their lifecycle, Washington University’s Office of Technology Management (OTM) is in the midst of a pivot. Technology transfer as it’s known in the academic world is the process of licensing intellectual property (IP) from the university to the marketplace, and has been going on since at least the beginning of higher education.

Located on the first floor of the 4240 Duncan Avenue Cortex Innovation Community (CIC) building, WashU’s OTM is a natural contributor to the innovation and entrepreneurship ecosystem in St. Louis and is in the process of changing its mission, its work and its customer base.

Nichole Mercier, Managing Director of the OTM, joined the university in 2015 and has been facilitating changes since she arrived that were originally inspired by Chancellor Mark Wrighton’s groundbreaking 2011 address dedicating resources to innovation and entrepreneurship. When Mercier arrived, the office functioned like a traditional technology transfer office–focused on business development, licensing and revenue sharing.

Mercier sees her office as expanding on those functions by providing exceptional customer service, providing greater transparency regarding OTM-sponsored products in the marketplace and telling the office’s stories in a new way.

“My vision is to define how we can pair cutting edge university research with expertise and exceptional customer service from my office in order to create a pipeline of opportunities that can be beneficial to society.”

Who is the OTM and what does it do?

Mercier said, “My role is to energize the team and to set the strategy to allow them to excel at what they do best, which is eliciting ideas from our inventor population.” The inventor population includes faculty, undergraduates, graduate students and post docs. Mercier’s staff then facilitates discussions of the inventor population’s ideas on the industry side, forming partnerships of university and industry contributors.

The OTM works in concert with the university’s Skandalaris Center for Entrepreneurship. The Center provides training to less-experienced entrepreneurs. This year they are co-hosting the WashU Patent Challenge for teams of students to compete for cash prizes using existing patents that haven’t yet made it to the marketplace.

Mercier said, “University technology can linger on the vine and die there, and it shouldn’t. It’s best if we can put everything into play. The patent challenge gives us the ability to re-look at some of those things that are on the vine.”

A flagship product of the OTM is a quick start license. Mercier said, “We’re really excited because it takes the unnecessary discussion about many of the little pieces that may or may not come to fruition with a startup company. It allows us to launch them more quickly and to focus on the important pieces, which are ‘How are you going to get funding?’ and ‘What’s your plan to develop this product?'”

The Quick Start License dispenses with time consuming negotiations about reimbursement for patent costs, specific milestones, insurance and indemnification. Instead, this approach relies on the input of the venture community.

Mercier said, “If it’s good enough for them, we’re going to go on the premise that these terms are good and you will get funded, which has always been the concern of the startup company. We’ll focus on the things that are important.”

“It gives us the opportunity to have really deep discussions: How are they going to develop it, what does their development timeline look like and do they understand how much money they’re going to need to be able to get to where they say in the timeframe they are proposing. The conversations are much more meaningful, and we have a tool to make it really easy.”

This approach saves a significant amount of time. Mercier said, “We have done the quick-start license in as little as 30 days, and on average we have seen a 25% reduction in the time it takes to close a start-up license overall. We are working on processes now to make more strides toward shortening the time a deal takes to close.”

Startups do themselves a favor with the quick start license, which includes a flat 2% royalty, and only if the technology is patented.

Greater Visibility to Impact on Society

Due to licensing concerns, it’s often difficult to know the impact the products coming out of the OTM are having.

Mercier said, “People don’t know that WashU had a huge hand in finding the test for a heart attack as we see it today. We don’t talk about the technology we have placed in the market and so we’re doing some things to be able to talk about those more openly.”

The OTM is embarking on an effort to get the permission necessary to publish a catalog of products on the market that it has facilitated. Mercier said, “The outcome will be a visual pictorial of what we have in play in the marketplace. Some we can’t talk about, but some we can. It’s important to be able to catalog what those shots on goal are. ”

Mercier hopes to complete the catalog by summer of 2017.

Telling stories in a different way

Possibly the most significant change to the way the OTM is operating is the effort it is making to tell its stories. Mercier said, “I can tell you that we have this incredible technology that we’ve placed with Company X and we made $5 million off of it last year. Or I can tell you about Acera Surgical, started by Matt MacEwan, a former MD-PhD student.

The company invented a fiber mesh that allowed a woman who had an inoperable brain tumor to have surgery. The tumor had been inoperable because they couldn’t close up the membrane that was under the cranium and our product made that possible. Since the tumor was on her optic nerve, the surgery also saved her eyesight. It’s that kind of story that has an impact.”