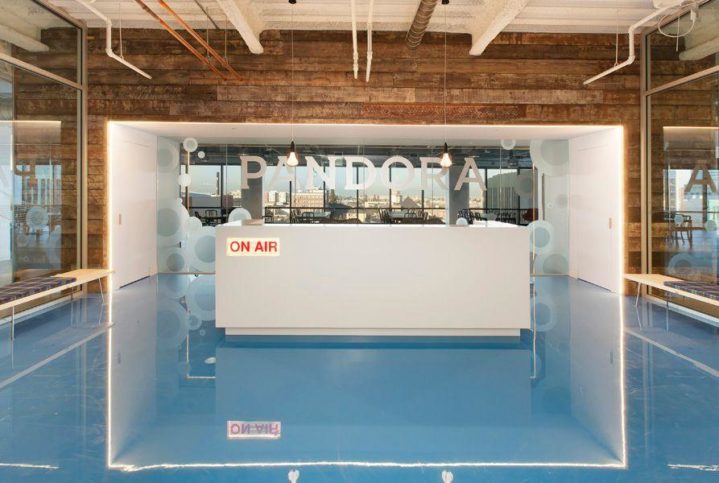 Tuesday, Pandora, the music streaming company that offers both free and fee-based services opened up offices in St. Louis. Here's what you need to know.

As you’re working at your desk, headphones blaring your favorite Pandora station, know that the music’s local connection is just a little stronger as of this week.

Pandora, the popular music streaming company that offers both free and fee-based services announced it opened a St. Louis office. Here’s what you need to know:

Its new space is in [email protected]

This comes just weeks after fellow West Coast company, Square, founded by St. Louis’ Jim McKelvey and Jack Dorsey, announced they would be moving into Cortex and would hire approximately 200 employees. The Cortex district will now be home to more than 200 companies and 3,600 employees.

It was a recent decision, says Dougan Sherwood, managing director of CIC St. Louis. Just within the last month, the Oakland, California-based company came looking for a space, liked what they saw, and moved in.

“We’re just getting to know them,” says Sherwood of the regional team. “But they seem super excited to be a part of CIC and the St. Louis technology community.”

“I think it’s a big deal,” says Sherwood. “This is what appears to be a really interesting trend with some West Coast companies learning about what’s going on in St. Louis, and in particular the Cortex community.”

“It’s really validating that these companies feel like they are at home here. Hopefully this will lead us to see some sort of snowball effect where other companies far and wide take a cue. We’re going to be working hard to send a message that Cortex is a place for world class innovation.”

Arch Grants will award additional money to some past winners