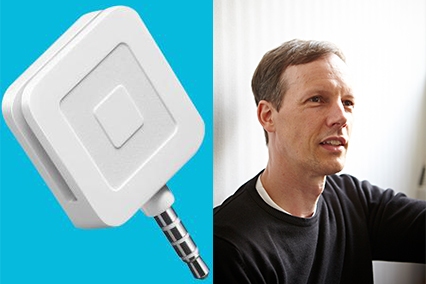 Why St. Louis Is The Best Location For Square’s Newest Office

Square announced it would open its fourth U.S. office in St. Louis. We sat down with co-founder Jim McKelvey to find out why–and to get his take on the impact it will have on STL.

Square, the credit card payment processing system that was founded by St. Louisans Jim McKelvey and Jack Dorsey in 2009 and was originally headquartered here before ultimately relocated to the Bay Area, announced last week it will open its fourth U.S. office in St. Louis at [email protected] in the Cortex Innovation Community.

Why did Square choose St. Louis as its next U.S. office, the fourth in the U.S., and how will the addition impact STL’s innovation culture? We checked in with Jim McKelvey to find out.

Take me back: when you and Jack [Dorsey] first started working on Square, it was in St. Louis. What did those beginning days look like?

Well, the actual picture was sort of split-screen. Jack and I had decided we wanted to start a new company together and had generally chosen mobile technology as sort of the area we were going to explore, but we had not picked a location, or an idea.

We were working on various ideas at the time. I was in St. Louis, and he was in San Francisco.

So he came out to St. Louis at the beginning, and I flew out to San Francisco, and we were kicking around ideas. We chose an idea and decided we would begin working on it, and I flew back to St. Louis to sort of wrap up my affairs.

I was in my glass studio one day, actually selling a piece of glass, when a lady tried to pay with an American Express card that I couldn’t process, and I lost the sale. That was the impetus for Square.

The idea for the whole Square product initially was the result of one merchant, which in this case was me, losing a sale because he couldn’t take a credit card.

So I immediately called Jack and said hey, this is what we need to work on, and he was excited about it, so we investigated a little more, and realized that there had basically been very little innovation in payments, really since PayPal was founded ten years before.

So there was a lot to be done there. That’s how Square got its start.

Did you immediately set up operations in San Francisco?

When we began, we hired one guy to be working in the San Francisco office. His name was Tristan O’Tierney, and Jack and I were, with Tristan, starting off on day one.

My wife Anna helped a little bit, and then we quickly started adding team members. I hired Sam Wen in St. Louis, and he basically worked for me here, and then worked with some more engineers out of San Francisco, but we had not yet chosen a location for the company.

We had a small engineering team led by Bob Lee, who was ultimately our chief technology officer at Square for many years. Bob was a genius, and probably one of the best Java guys in the world, and Bob had recently moved back to St. Louis with his wife and two kids, and was just an awesome find.

So we essentially built an office around Bob. That office started in his house, and then we got an office on Delmar, but as we started to grow the office, we ran into real problems.

There were not enough talented engineers in the Saint Louis ecosystem that we could hire without disrupting other companies. What happened was, we’d hire somebody really good, and then I’d get an angry phone call from some CIO, or executive who was pissed off that I was raiding them or something, which is not true.

But the fact is that St. Louis didn’t have a vibrant supply of programmers, and that was a real constraint. So we eventually shut down the St. Louis office, which was a real disappointment, and I would say that’s sort of the inspiration that led to LaunchCode.

I couldn’t get my own company in my own hometown to perform this critical task because we had this talent shortage. So LaunchCode was born almost directly a result of Square closing the St. Louis office.

Do you see that talent gap narrowing?

Very much so. LaunchCode just passed our 250th placement. These are all net new–these are people who would not be programming, but for the LaunchCode opportunities.

So we’ve got 250 new people, and while they’re not all in St. Louis, the majority are. More than that, LaunchCode’s headquarters are here.

We’re essentially now ramping up a national effort. So there are some meaningful numbers.

We’ve also got the new mentor center on Delmar, which is an experiment. We don’t know how well it’s going to work, but we think with our partners, we’re going to be able to train a lot of great people, and get them jobs.

It’s not just about training, LaunchCode gets people jobs. So I think that’s been a positive.

Look, it’s not like we’re the only city that’s booming–Philly, the whole state of Tennessee is energized, South Florida– things are getting going, and the whole country recognizes where the future is.

How long have you been looking to add St. Louis as an office?

We’ve been looking for a framework to expand into another location. Right now we’ve got an east coast and west coast office, and then we also have an office in Atlanta, so we’re really looking to expand within the Midwest.

It’s great to have people in compliance, as well as an actual support team on that central time zone. It really creates a great customer experience, so you’ve got people helping out customers that need help today. So we’ve been looking for a few months.

Hiring 200 workers is clearly going to be extremely valuable to St. Louis in terms of growing the ecosystem, and contribute greatly to the growth of the Cortex Innovation Community specifically. Beyond contributing to density, how do you think it will contribute to the district?

Well, it’s a huge validator for what they’ve already done at Cortex. Dennis Lower and his team have been exceptional, and this is just another vote of confidence. I think Dennis was very generous when he compared Square’s importance to the equivalent of IKEA, and it’s a validator to have a major tech company pick St. Louis. It just says a lot of good things about what’s already been happening there.

I think bringing Square here is also going to greatly serve the cause of retaining young talent.

Yeah, you want to have an ecosystem, and it’s not just one company, it’s a lot of organizations and individuals sort of mixing it up together. But it’s also nice to have some brands.

So Square’s a brand, IKEA’s a brand, and those are things that help validate, because brands are sort of shorthand for what’s happening, and I like to see the brand, which is strongly associated with St. Louis as its origin, now have a major presence here. I think it’s all for the good.

Will you work out of the Square office?

When I’m in Saint Louis, I will. I’ll tell you this, the Square offices are gorgeous, they are phenomenal places to work.

Kelly, you’ve seen some of the other places that I’ve worked over the years, and I mean–I would be silly not to. But, you know I’ll be helping LaunchCode as well, and I’ll be over at my studio at Third Degree of course.

I’ll be at the office occasionally. I don’t think there’ll be a door with my name on it, but hopefully they’ll let me sit at a table.

It’s very open. We actually don’t even have offices to have a name on one.

Well, I’m sure they’ll let you have a seat at the table.

You never know. I’ll see if my employee badge gets me past the front door.