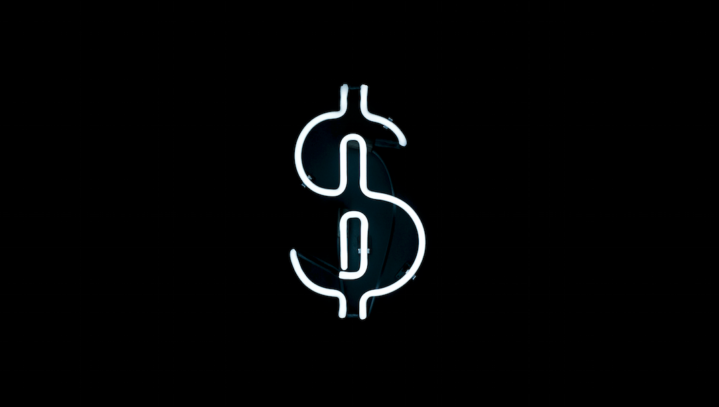 Last Year, Support Organizations Collectively Found Over $8.3M (At Least) in New Funding for the Ecosystem

It's amazing what you'll find down the back of the sofa.

This article was co-authored by Tanya Yatzeck.

Last year, the Missouri Technology Corporation (MTC) drastically reduced their investment in the region, cutting it a brutal 80% from $13.4M to $2.5M. This left many local ESOs without a hefty chunk of funding to support their efforts.

More than $57M had been invested over the last five years, so such a steep cut might have shaken confidence in St. Louis’ nascent startup ecosystem; just when the city was finding its feet. But, happily, many organizations found their sea legs. And a lot of money from elsewhere.

Here’s all the cool stuff that happened among ESOs in 2018.

The People That Make Us

In October, Arch Grants announced the inaugural Chaifetz STLaunch pitch competition among past Arch Grants recipients for $1,000,000 equity investment from new partner, private investment firm Chaifetz Group. The competition will reward three to five companies who have remained in the region.

“St. Louis has established itself as a premier market for emerging startups across the United States, and this event will showcase the relentless talent of local entrepreneurs and their businesses. We view this as a major stepping stone for St. Louis’ venture capital scene. Chaifetz Group’s unique experience as operators, combined with our deep financial resources and local community partners, will ensure St. Louis continues to thrive as a leading start-up ecosystem now and in the future,” said Ross Chaifetz, Director of Venture Capital at Chaifetz Group.

The event will be held on Monday, January 28 at Chaifetz Arena, followed by a moderated panel discussing early investment strategies including Arch Grants and Chaifetz Group leadership. Doors open at 4:30.

While the model powering UMSL’s collaboration with Capital Innovators to accelerate energy industry startups is much less dependent on state financing, it’s worth noting that Ameren Accelerator had a second successful year.

Attracting six more energy startups to St. Louis in 2018, for three months with $100K investments, Ameren Accelerator also successfully cemented their role as a feeder into the startup ecosystem here as inaugural 2017 cohort companies, like WifiPlug, went on to receive an Arch Grant too.

The inaugural UMSL Entrepreneur Quest Accelerator Competition, a University of Missouri System-wide student entrepreneurship competition, launched in November. Students can win $30,000 at each UM System universities and then the TOP 3 from each campus will compete for an additional $30,000 in April. The total prize money offered is $150,000 and is the first ever collaboration of UM System universities statewide.

“We want the University of Missouri System to be the first choice for entrepreneurially minded students,” said Choi, in his State of the University Address from Columbua, MO. “This innovative program will provide educational tools and financial backing for our best and brightest students to start their ventures. We’re proud to invest in an accelerator that naturally blends across disciplines, departments and universities.”

The four-year-old software development bootcamp in St. Louis, Claim Academy, captured the attention of Facebook founder Mark Zuckerberg because of the social media giant’s commitment to growing workforce development in communities across the country. Facebook made a $250,000 investment in skills training through Claim Academy in St. Louis in 2018, and have now made a second investment in 2019.

They also launched a free Coding LC101 program in partnership with Facebook Community Boost and St. Louis Public Libraries, and a $136,200 donation from the Berges Family Foundation enabled the LC101 program for Veterans, Reserves, active service members and military families.

This year, LaunchCode have already announced another $250,000 in funding from Mastercard.

The Places That Make Us

After TechShop announced its bankruptcy in November of 2017, the St. Louis innovation and entrepreneurship community came together and came up with a bigger, better, more impactful solution. In November 2018, MADE makerspace opened at 5127 Delmar. The building, purchased by Square co-founder Jim McKelvey for the project, is almost twice as large a space as the TechShop space.

One year ago TechShop shut down – they declared bankruptcy. “It was a wonderful little organization… so we declared that St. Louis would be one of the cities that would save our maker space.” Says Jim Mckelvey @2000F about MADE the new maker space in delmar. pic.twitter.com/4Pf0F5y4aM

In addition, a new business model emerged from the discussions that allowed the equipment to be owned locally as well as partnerships with The Magic House and the St. Louis Children’s Museum to expand the mission. This investment is also encouraging additional investment in the neighborhood.

The BioScience accelerator sought $1.5M in tax credits for new office developments in Cortex to host BioGenerator and BioSTL under one roof, as expansion plans at Square were pushing them out (in a good way). This month, BioSTL was awarded those credits by the state.

Non-profit downtown startup incubator and low-cost space provider T-REX announced big plans in April to dedicate the entire fourth floor of its building at 911 Washington Avenue to the geospatial industry with $5M in New Markets Tax Credits allocated by the St. Louis Development Corporation. Boundless, a geospatial software company moved to that floor of T-REX last year, and the new National Geospatial-Intelligence Agency (NGA) is planning its new headquarters within two miles.

Entrepreneurs at T-Rex conceived of and launched a weekly live-stream show on social media in January 2018. Inspired by the weekly “Bourbon Friday” happy hours held at T-REX, Nick Niehaus and Vanessa Lobo from Connect Marketing, and Erik Lutenegger and Megan McDonnell from Tenacity teamed up with EQ to produce a regular live-stream show format for Facebook.

This month, the entirely volunteer led production team celebrated the outstanding achievement of producing a full years worth of content. The kinetic collaboration helped Niehaus and Lobo perfect their “Same Day Video Ads” product concept (which does exactly what it says it does), and Lutenegger and McDonnell launch a new event called Innovate Giving, which aims to, “showcase and discuss the intersection of Innovation and Philanthropy in the St. Louis Region.”

And they’re keeping on in 2019. Each week, the show features an interview with an entrepreneur about their business and their path. Bourbon Fridays stream every Friday at 4:30 CST on Facebook.

An honorable mention must also go to Christian Johnson from Multipass, who helped get the show going in the early days as a presenter. This year, he launched Startup Grind St. Louis.

Venture Cafe St. Louis launched the Innovation City podcast in April in collaboration with SLAM! Agency. Each episode is recorded live and features innovators and entrepreneurs from across the county.

We definitely haven’t found all the good news from last year. If there’s any related news from 2018 that didn’t make it into this article, tweet us at @EQSTL and we’ll update this article.