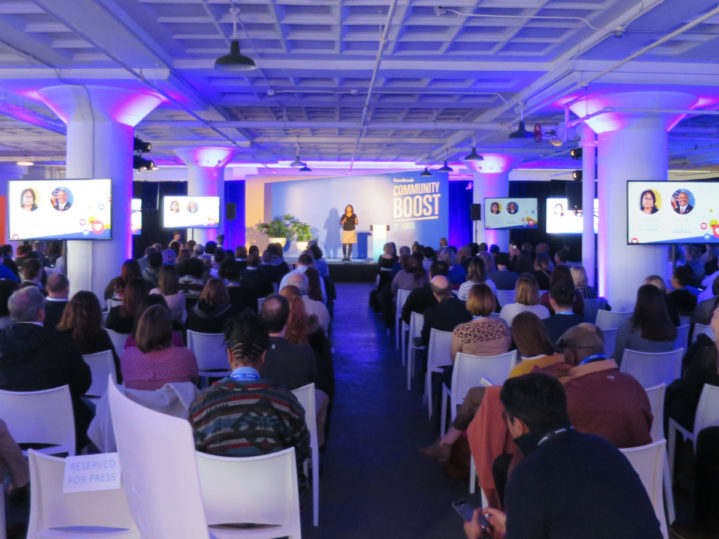 As part of the partnership, Facebook will fund 25 scholarships to join the Facebook Bootcamp program delivered by Claim Academy in St. Louis.

The announcement represents a substantial commitment from Facebook to workforce development in downtown St. Louis, as the extremely challenging 9 hours a day, full time, 12 week program typically costs around $12,000 to complete.

“Our mission is to change lives,” Ola Ayeni, the Arch Grants recipient turned serial entrepreneur and founder of Claim Academy, told EQ. “From its inception, Claim Academy has offered scholarships to highly qualified students applying to the program.”

“Now, Facebook is granting full-tuition scholarships. This partnership with Facebook will enable the bootcamp to attract more talent from across the income spectrum, and effectively bridge the gap between underserved communities and the tech space.”

Even for students not funded by a scholarship program, the initial outlay promises a return for those committed to learning core industry best practices in the tech space. Voted one of 49 Best Coding Bootcamps by CourseReport.com in 2017, Claim Academy boasts a 95% placement rate and graduates stand to earn, on average, $58,000 per year as a starting salary.

In additional boost to the scholarship program, Claim Academy announced that local companies, Monsanto and Clearent, have committed to interview program graduates for entry-level developer positions in their organizations. Other companies that have hired Claim Academy graduates include Express Scripts, MasterCard, Scottrade, Centene, Mercy, RGA, and Daugherty Business Systems.

Speaking to EQ at the Facebook Community Boost event in The Globe Building, on the partnership with Claim Academy, Parisa Sabeti Zagat, Head of US Digitals Skills Programs for Facebook cited, “A strong track record. A passionate founder. Doing it all for the right reasons and understanding what can happen in St. Louis. It was really the offering they have and then that connection to jobs which has been amazing.”

“The Facebook Bootcamp curriculum will cover our core entry-level developer program to train our students in Full Stack Java, but we will be adding modules on React.js, which is Facebook’s proprietary javascript framework,” Ayeni explained to EQ.

The Facebook Bootcamp scholarship program with Claim Academy is an amazing opportunity for prospective coders to join a 12-week course in Full Stack Java and .NET/C# programming with tuition fees fully paid by Facebook.

“Lots of companies in St. Louis use React.js,” said Ayeni, citing Express Scripts as an example. “It makes it easier to work on front end software programming. A full-stack developer graduating from Claim Academy will be able to build software from the ground up.”