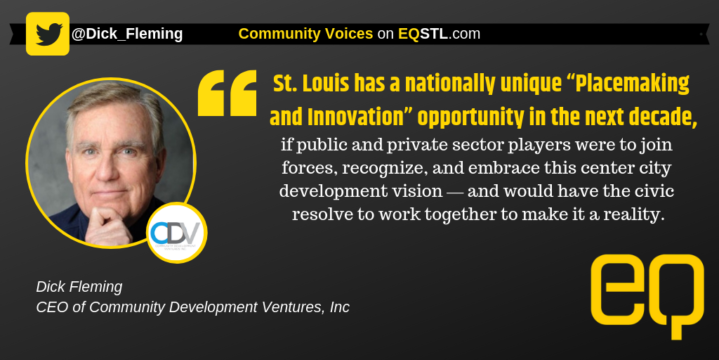 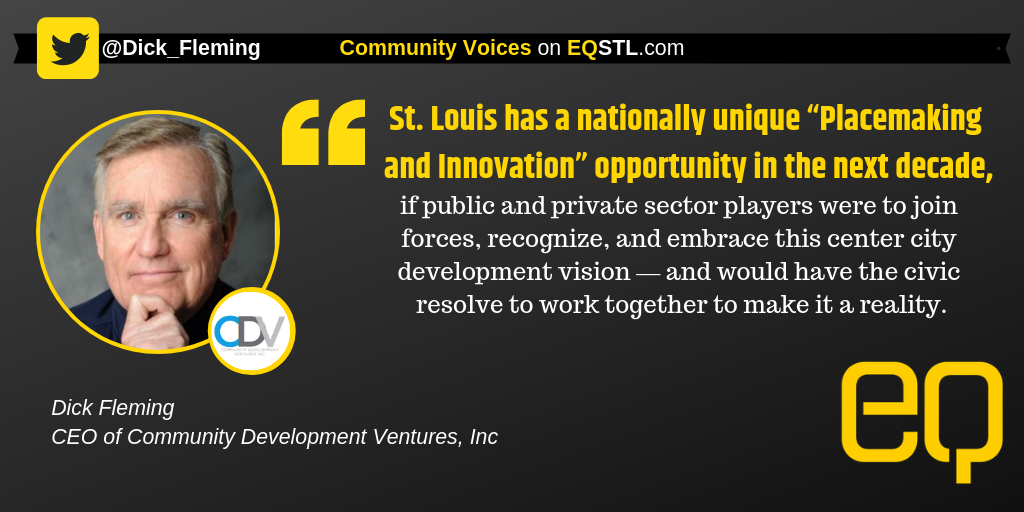 Bravo to the St. Louis Cardinals and the Cordish Company for another positive addition to Downtown St. Louis. The strong advance demand for residential units is a positive signal for added center city vitality, with this Phase 2 addition to Phase 1 of Ballpark Village and to Downtown.

Baltimore-based Cordish and the Cardinals began offering residential units over 2 years before anticipated completion of Ballpark Village and, as reported in the St. Louis Post-Dispatch, “they’ve already signed up tenants for 25 percent of the apartments in the 297-unit apartment tower under construction next to Busch Stadium.”

Moreover, with the Cardinals and Ballpark Village as an anchor in the heart of the Central Business District — Center City St. Louis has the unique civic potential to become a connected set of mixed-use districts and growing entrepreneurial ecosystems.

Mixed Use Opportunities Founded Upon the Gigabyte Corridor

the emerging “Gigabyte Corridor” along North Tucker Blvd (anchored by The Globe Building, T-Rex, and the adaptive reuse

The Globe Building is a 550,000 sq. ft. vintage former industrial space which has been transformed, with next generation technology and power, into a futuristic hi-tech innovation space, anchoring the emerging “St. Louis Gigabyte Corridor,” along with the pending renovation of the St. Louis Post-Dispatch Building, on North Tucker Blvd.

St. Louis has a nationally unique “Placemaking and Innovation” opportunity in the next decade, if public and private sector players were to join forces, recognize, and embrace this center city development vision — and would have the civic resolve to work together to make it a reality.

That is precisely what we did in Denver’s Center City back in the late 80’s and early 90’s as we revitalized Downtown Denver, developed the long-abandoned Central Platte Valley Rail Yards, and what is now the Riverfront North (RINO) District — anchored, in part, by the new Colorado Rockies MLB franchise, Lower Downtown (LoDo), and Coors Field.

Time in now for St. Louis to adopt this kind of collaborative thinking and civic resolve.