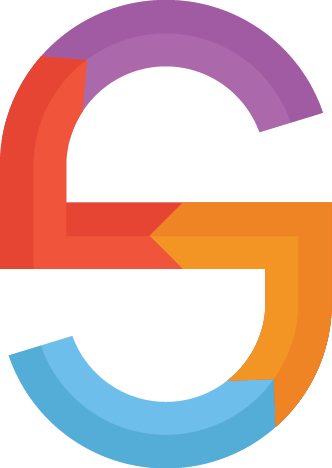 Which Startup Will Make it Big starting at Startup Connection’s Tenth Anniversary event?

Startup Connection is celebrating 10 years of connecting the city to the next great companies that call St.Louis home.

Yes, they are all examples of successful St. Louis startups. Immunophotonics has raised $4.3 million in six rounds. Butterscotch Shenanigans collected $1.4 million in revenue in 2017, Start Right Foods is on the brink of distributing their product nationally.

But they all found early footing by participating in Startup Connection too.

Meet the Next Great Companies in St. Louis

This year’s startup showcase will feature 64 emerging St. Louis companies and four winners from the OPO Startups Demo Day will also represent St. Charles at the event, bringing the company total to 68. Collectively, these startups employ 350 people and, combined, generate revenue of over $1.25 million.

For the first time, startup participation has been limited this year to startups with less than $2 million in revenue who are ready to enter the marketplace. Participating startups have to be a real business: i.e. more than just an idea.

Phyllis Ellison, Director of Entrepreneur Services and Institutional and Corporate Partnerships at Cortex Innovation District, has been Managing Director of Startup Connection Organizing Committee since 2012.

“When you think about how much our startup community has grown in ten years, it’s amazing,” she told EQ. “There were probably less than ten mentoring and investing organizations when we started in 2008, and now there are over 100. We’ve got 30 co-working spaces across the region, we have many mentoring programs and accelerators, and numerous events designed to bring all startups to light such as Vision St. Louis, an lead to venture funding such as Invest Midwest.”

Maggie Crane is Communications Director at BioSTL, a regional organization championing bioscience startups and a Gold Sponsor of Startup Connection.

“One of these 68 companies might be the next ExpressScripts, Monsanto, or Ralston Purina,” she said. “Some of these companies sell a product, like a dog toy, others solve a problem in everybody’s household–like trying to get your kid to brush their teeth. Others are tackling cancer and food shortages across the world. That’s the breadth of the type of innovation that is happening in St. Louis. Startup Connection showcases that really well.”

Startup Connection was born in 2008 out of the combined need of startups for leadership and the opportunity created by the executive layoffs that occurred in St. Louis as the result of the financial downturn.

“The connection part was connecting talent to startups that could benefit from either the technical or leadership skills that were coming out of these corporations. At the time, there were very seasoned executives who had time to help and money from their separation packages to invest. The intent was to get that executive talent and multiple startups in the room, and give them a chance to talk, ” Ellison said.

For the first couple of years, Startup Connection was very tech focused. The format consisted of startup display tables that provided an opportunity for the laid-off executives to learn more about the startups and determine if they wanted to invest or work for them.

“It was much more of a talent match, ” Ellison said.

In 2012, the Science Center offered the Exploradome, the white, air-supported structure that first opened to the west of the center in 1997, as the venue for Startup Connection.

“They were looking for some different audiences to come and use the science center and experience science and innovation in a different way,” Ellison explained. “We had to figure out how do we use this space. We were used to these different small venues, wedged into office spaces with long hallways.”

In one year, Startup Connection grew from a small, tech-focused event that attracted 200-250 science and bio people, to a large-scale event that could accommodate more industries and a full-scale resource fair. It no longer had to be limited to just tech and a little bio, but could expand to include other industries. “That year we had green and clean energy, I think we still had an education track that year, and we included manufacturing and consumer products. We wanted to put the whole breadth of St. Louis innovation on display, not just tech,” Ellison said. “In the middle of a storm that night, with that soft ceiling waving around, we attracted about 600 people. And that was when people said, ok, cool. We’ve got something here,” Ellison said. Startup Connection found its identity in 2012 as the early stage marketplace, the preview to which companies are going to be hot the next couple of years.

Startup Connection stayed at the Science Center in 2013, this time in the event space, attracting 800 attendees. It moved next to St. Louis University where 1000 people attended, and at Washington University for two years. It has also been held at T-Rex, Cortex, and in 2017 it moved to the historic Globe Building in downtown St. Louis.

For the second year running, The Globe Building is the venue for the Startup Connection 10th anniversary event. It has a contemporary, industrial aesthetic with tall windows and a raw warehouse feel. Ellison says that in addition to moving the event around the region to make it accessible to different neighborhoods, they are mindful of the impact space has on the tone of an event.

“We love the [Globe Building] space. Last year I had a couple of people come up and say they felt like they were going to a big city party. We’ve always tried to avoid going into a hotel ballroom space because that just doesn’t synch with the idea of innovation. It keeps us true to the context of creativity and doing something different. So we have tried to find venues that might be a little unconventional, ” Ellison said.

KaloCyte is among the 64 St. Louis companies displaying at this year’s Startup Connection. Their name comes from the Greek words, ‘Kalo’ meaning “good,” and ‘Cyte’ meaning, “cell.”

Located in the Cortex Innovation Community, KaloCyte, Inc was founded in 2016 by a cross-functional team of physiologiests, bioengineers and trauma specialists to design a dried, artificial red blood cell to be used when stored red blood cells are unavailable. It’s a bio- inspired cell that will mimic what red blood cells do to carry oxygen.

So far, KaloCyte has $6 million in awards and investor funding. Elaine Haynes is CEO at KaloCyte. A pharmacist by training, Haynes is a specialist in nuclear pharmacy and comfortable with complex pharmaceuticals, their development and their commercialization.

She explained the discovery of their lead candidate, Erythromer, as a chance connection between the similarity of a donut shape to a red blood cell. “One of the founders was experimenting with nanoparticles and they came upon a particle that looked like a donut, so they thought it looked like a red blood cell. From that inspiration, they started trying to figure out what it would need to mimic hemoglobin and act like a blood cell,” Haynes said.

The KaloCyte team will be giving out wild cherry Life Savers at Startup Connection: it’s symbolic of the nanoparticle artificial blood cells as well as their life-saving potential.

Another award-winning startup, Johego, will also be at Startup Connection 2018. They’re a 51c3 non-profit that sells enterprise software to help social workers, police officers and other public servants connect people in need with social and medical services, such as overnight shelter and mental health treatment.

It’s the first non-profit to participate in Startup Connection as a display participant rather than a vendor at the resource fair.

The typical users of Johego are social and medical professionals, as well as pastors, and teachers. That sector may not have a lot of training in referring services, but want to help someone they encounter who clearly needs help. Typically, this is done by word of mouth or hours of searching the internet. Johego’s software short-cuts the process by aggregating the necessary information and making it easily accessible all in one app. The goal is to create a referral process where there is none.

The name Johego comes from truncated Iroquois, meaning “what we live on.” Founder, Michael Kehoe, started the company due to a series of transformative events that made him interested in how non-profits work together.

“Finally, I felt like I understood the problem space enough to start something new. Nothing was stopping me by myself,” Kehoe said. Johego is already rolled out in northern Missouri, Startup Connection will help him expand into the St. Louis area. “We’re growing in Northeast and Southern Missouri, and we’re trying to raise awareness and expand our network of users.”

KalyoCyte and Johego are just two examples of the market-ready startups emerging from the St. Louis innovation ecosystem. Shouting out EQ readers in the conversation, Ellison said, “We want you to come this year, and a year from now or two years from now, I want you to be seeing some of these company names in the headlines and recognizing that you met that company just when they were starting out.”