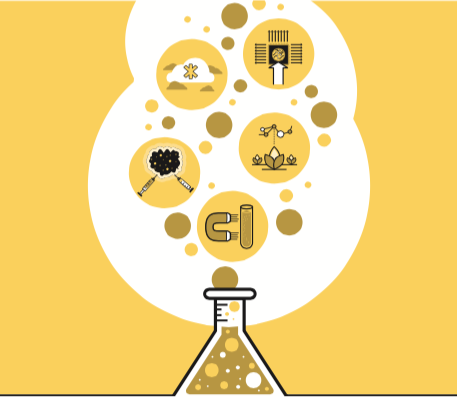 The life sciences industry is exploding: According to data from Thomson Reuters, 2015 was a banner year for the US in life science fundraising, posting the highest investment totals on record for the industry.

Life sciences is a broad term generally defined as the study of any living thing, but in the report, it’s defined as including the biotechnology and medical device and equipment industries. All sexy sectors in the startup world.

Just in the third quarter of 2015, $2.9 billion was invested nationally in life sciences, up from $1.8 billion one year ago. During that same quarter, the average investment deal was nearly $15 million, an increase of 68 percent year over year.

Missouri specifically saw more than $100 million in investments in life sciences in 2015, and St. Louis is riding the wave.

Venture capital firm Cultivation Capital is wrapping up its Life Sciences Fund I, a diverse portfolio of 14 companies with an expected total investment of $16 to $18 million and several companies eyeing exits in the not-too-distant future. The sequel, Life Sciences Fund II, is now in the planning phase.

Much of our regional success is driven by the incredible intellectual collective in the area: St. Louis is home to Monsanto and Washington University, along with a vast network of hospitals and healthcare facilities. The city was also the epicenter of Pfizer’s prolific layoffs around the start of the decade, leaving hundreds of brilliant minds out of work and eager for a new challenge.

Specifically in the past five years, St. Louis has seen the life sciences industry erupt in every sector as companies work towards ways to improve life of all varieties: plant, animal and human.

According to the American Cancer Society, in Missouri alone there were an estimated 34,680 new cases of cancer in 2015. And with an estimated 12,830 deaths resulting from cancer in that same year, pharmaceutical companies in Missouri and the US have a constant reminder of why their work is so vital.

Immunophotonics, working out of Columbia, Missouri, and St. Louis, is attempting to equip the body to see cancer, or “the ghost in the machine,” with a two-injection process. The first: an optical fiber connected to a laser device, which is then injected directly into the tumor to heat up a portion of it and release whole-cell antigens (biomarkers specific to that cancer).

The second is Immunophotonics’ proprietary drug, designed to activate specific types of immune cells and facilitate immune cells processing those antigens to give them a clear picture of what they’re fighting. Once those cells return to the lymph nodes, the body can formulate a large-scale response to the cancer.

The current global population is a little more than seven billion. In the next 12 years, it’s expected to increase by another billion and by 2050, 9.6 billion people are projected to inhabit the world.

To keep pace, agricultural yields must increase, despite available acreage at best staying the same and at worst, decreasing.

The key? Improving on photosynthesis to make the energy conversion process in plants more efficient and allowing them to produce higher yields.

Nearly 130,000 Americans are killed by a stroke every year, according to the Centers for Disease Control and Prevention, but Pulse Therapeutics, based out of T-REX, believes their Medically Enhanced Diffusion system (MED, in company parlance) can help overcome that statistic. The window between life and death is three hours, and while it can take more than two hours for the standard laboratory treatment to get the clot-busting drug where it needs to go, MED takes 15 minutes.

Using basic magnetism, the MED treatment begins by injecting iron particles into the bloodstream. Then, treatment administrators use a magnet to pull the particles to the blood clot.

As the magnet spins, the particles rotate, gaining traction on the walls of the blood vessel, advancing toward the clot and pulling the medicine along with them: resulting in a faster treatment process for stroke victims.

Diagnostic tests are costly, complicated and time-consuming, but Adarza BioSystems, working out of the SunEdison campus, is trying to streamline the process.

The company’s technology is designed to simultaneously detect and identify proteins and genetic markers in a medical sample, allowing hundreds of diagnostic tests to be run rapidly through a single silicon chip. As of the beginning of last year, Adarza was partnering with SunEdison Semiconductor to manufacture immunoassay consumables, which has given Adarza an enormous boost in its expansion.

After operating in a paper world for so long, medical care is steaming toward a future that includes a comprehensive digital picture of every patient, from their medical history to paying the bill.

BlueStrata is addressing problems inherent in that transition, making healthcare providers more efficient along the way with its EHR software platform: The cloud base allows users to access data from anywhere, and its storage is compliant with stringent HIPAA regulations.