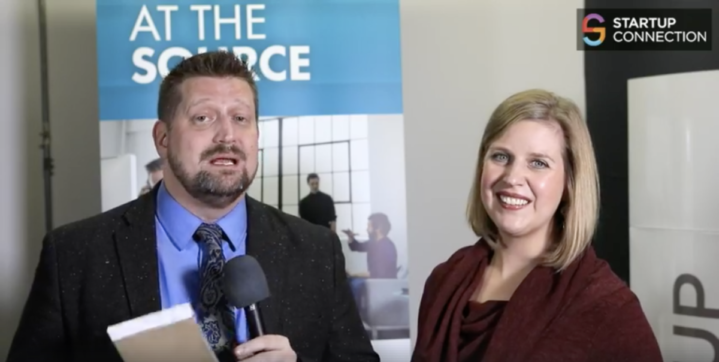 St Louis Startup Boom Was 20 Years In The Making

St Louis’ current position as a global leader in plant science and BioTech, didn’t happen overnight. Instead, careful planning over the course of two decades laid the foundation for the booming startup ecosystem in St Louis that we all enjoy today.

EQ got a chance to catch up with Maggie Crane, Communications Director at BioSTL while she was performing her role as Master of Ceremonies at Startup Connection 2017. Crane gave a brief explanation of the founding story of Cortex to EQ in a live video interview at the event and discussed the regional collaborations that have transformed the St Louis startup scene over the last 15 years.

Using the downsizing of Pfizer as a concrete example, when the company announced that it was planning major layoffs in St. Louis due to globalization, the loss of another major employer was likely hit the local economy hard due to job losses. Furthermore, the loss of Pfizer’s highly-skilled scientific workforce threatened to deepen the St. Louis brain drain in the years ahead.

“So community leaders came together and said, ‘hang on a second, we have to do better than that,’” Crane explained, recalling the mindset of the day.

BioSTL decided to identify regional influencers to work with, effectively treating St. Louis – the city – as a startup, to lay out a plan of action and set the cregion on a path for growth. Instead of focusing on its weaknesses, they started by evaluating St. Louis’ strengths.

They immediately recognized two things. Firstly, that the city was really strong in biomedical science with organizations like Washington University, BJC, Monsanto and the Donald Danforth Plant Science Center. And secondly, that the region could only grow by forming new companies. St. Louis needed entrepreneurs to launch new companies and fill the gaps left by the departure of the old.

Building on the strengths of the region, they realized that St Louis was home to many scientists who wanted to do their own research, and that enabling these scientists to succeed would further attract other talented STEM professionals to the region.

Reaching out to the scientific community, the civic leaders quickly discovered that the researchers needed help building their companies. They also needed funding to pay for lab space and lab equipment.

So, BioSTL purchased all the equipment they would need to form a coworking science lab, then formed Biogenerator to invest in and accelerate these new companies.

Since then, BioSTL and BioGenerator have continued to pursue their mission of attracting entrepreneurs to St Louis and expanded the program globally. Global STL has been formed to attract companies from all over the world to St Louis. Most recently they attracted an IoT company called Atomation and connected them directly with Ameren, who helped them win a lucrative contract and open their North American HQ in St Louis.

In 2017, BioGenerator, the investment arm of BioSTL, saw its first “unicorn” style startup exit, when Confluence Life Sciences, one of their first founding portfolio companies sold to to Aclaris Therapeutics. Not only was Confluence valued at over $100 million at sale, but Aclaris retained over 40 scientist jobs in St. Louis and have spun up a new regional division with plans to build and expand locally.

This is exactly the kind of quick thinking long term strategy that underpins St Louis’ civic growth strategy and demonstrates the level of commitment to startup growth that founders and CEOs receive when they relocate their businesses to St. Louis.