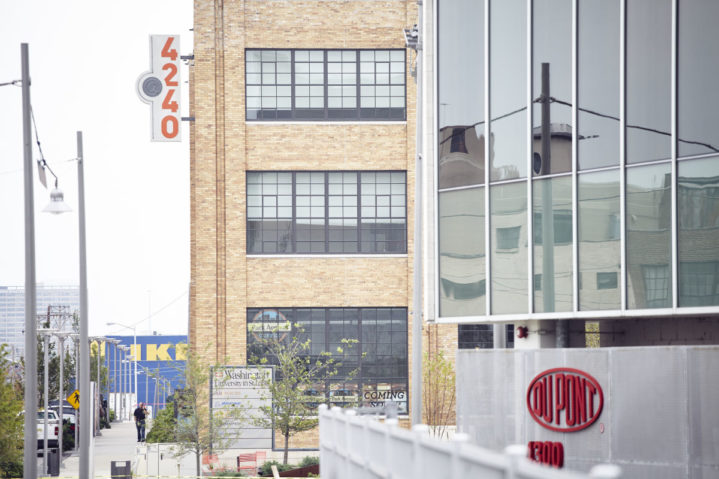 Cortex’s Evolution from a Life Science District to a Magnet for St. Louis Innovators: A Feature Series

The Cortex Innovation Community is a center of gravity for St. Louis' startup ecosystem. EQ explores its past, present and future with an eye to impact.

“A misconception is that Cortex is one “big thing,” akin to a big corporation that controls all departments and subsidiaries. In fact, it’s a small team dedicated to creating a living, ever-changing organism unlike many have ever experienced. It is the framework in which live, work, play, learn elements are combined to create a vibrant, interactive and mutually beneficial community of people, organizations, companies and events.”
– Christy Maxfield, director of the Center for Emerging Technologies.

The Cortex Innovation Community is a center of gravity for St. Louis’ startup ecosystem, playing home to more than 250 startup companies along with a growing corporate presence, entrepreneur support organizations and six separate innovation centers across 200 acres in the heart of Midtown.

And it’s not just St. Louis tuning into it: The Brookings Institute points to Cortex as one of the nation’s best examples of innovation communities and has remarked on the intentionality of the various aspects of the district. Leaders in economic development from around the world have visited St. Louis to study Cortex and take back findings to build their own innovation ecosystems.

But despite all of that, Cortex President and CEO Dennis Lower admits the community still suffers from a marketing issue: too few people, companies and investors in St. Louis know the breadth of Cortex’s services and impact.

Ask an average person living in the adjacent neighborhood of the Central West End what Cortex is, and you might hear confused or partially correct responses: “The place next to IKEA,” “BJC’s campus,” “where Square is,” or (Lower’s least favorite response), “I don’t really know what it is.”

Others know Cortex, but only in its original role as a BioTech innovation district, rather than the dynamic mix of industries and companies ranging from startups to corporate innovation groups that it has become today.

Despite any lack of awareness about what Cortex is, its buzz can’t be denied. Cortex’s small team, dedicated board and community champions have been working to revitalize their neighborhood and improve upon its opportunities, offerings and identity over the past 14 years—with no plans of stopping.

Just last fall, Lower announced that Cortex will double down on its investment with Cortex 3.0, a $170-million expansion project taking place over the next two years with a completion date of fall 2018.

As Cortex embarks on its next wave of development, we’re exploring its past, present and future with an eye to impact, in this four-part series.