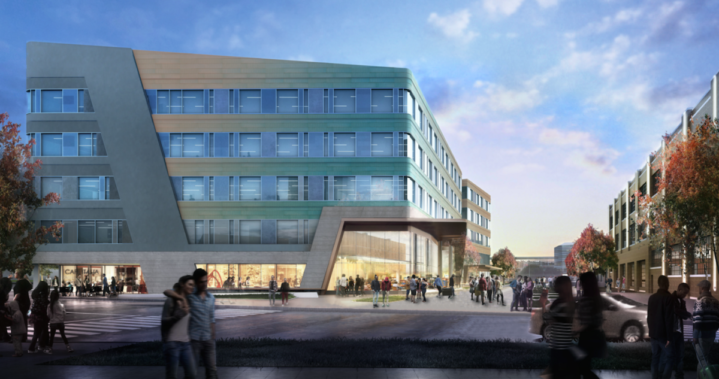 Cortex Looks Ahead: Cortex Special Feature, Chapter 4, 2017 and Beyond

An update on Cortex's latest phase of development–and what's to come after that.

Part four of four: A series on Cortex’s development from a fledgling nonprofit to nationally recognized innovation district. Read from the beginning of the series here.

“My personal belief is that St. Louis’ reputation and impression to the world both in terms of older folks like me but more importantly, quite frankly, younger people, is going to be driven by the central corridor. The innovation that’s occurring will drive the whole perception of the St. Louis region.”
– Steve Smith, CEO of the Lawrence Group

On October 20, 2016, Cortex president and CEO Dennis Lower stood in the lobby of the Cortex I Building and, along with Cortex leaders and the district’s partners in development, unveiled the next phase of the innovation community: an expansion dubbed Cortex 3.0.

This next phase will include six different components:

The next phase of construction is anticipated to begin in the spring of 2017, and be completed by fall of 2018. 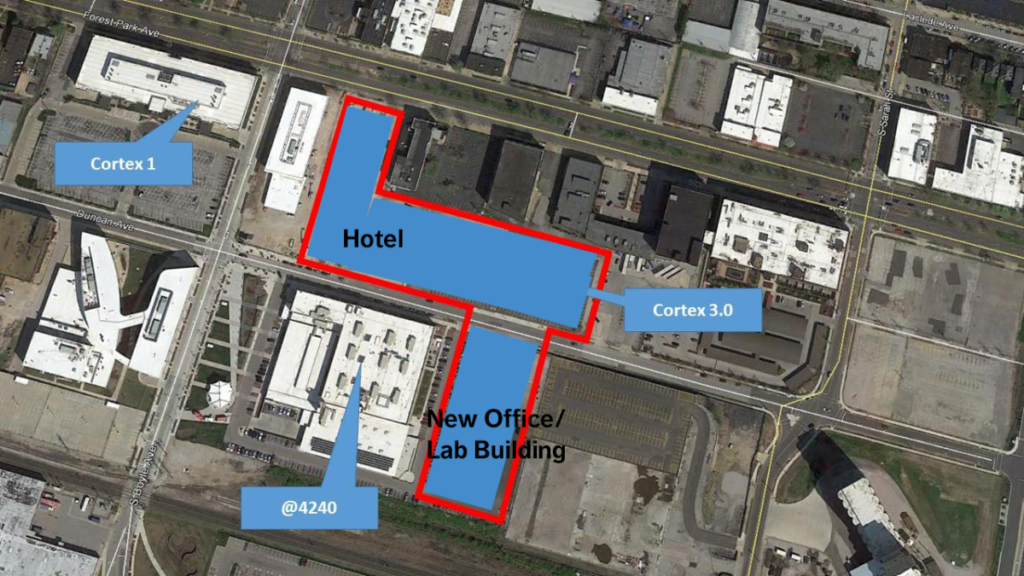 These new projects, coupled with the ongoing project of bringing a MetroLink station to the edge of Boyle and Cortex Commons, which began in 2015 with a TIGER (Transportation Investment Generating Economic Recovery) Grant of $10.3 million, all contribute to Lower’s idea of “innovation engineering”: creating an environment for creatives to thrive through architecture, streetscapes, common spaces, transportation and programming.

“To really be a live-work-play-learn community, placemaking is key,” says Lower. “Whether it’s a business seminar in the new Innovation Hall or a farmer’s market on the Commons, you put all of that together: programming, exterior and interior space, transportation options—that’s innovation engineering.”

Cortex’s goal of place-making isn’t beholden to the 200 acres allocated in Midtown: other developments are now underway to expand the footprint and invite a whole other population into the central corridor.

The MetroLink project is the first transportation aspect of Lower’s innovation engineering, but it’s certainly not the only one.

Plans are already underway for a shared bike system that would connect Washington University, Saint Louis University and Cortex via the Great Rivers Greenway (GRG) Trail extension project, a pedestrian/biking trail which eventually will run down the central corridor into Downtown and loop back through Midtown. In the Cortex community specifically, the trail will run along Vandeventer to Cortex’s newest neighbor, the City Foundry.

Not unlike the origins of Cortex, The City Foundry Food Hall & Market project is making use of a dilapidated site in Midtown. This time, the goal is to take the 14-acre site of the former Federal Mogul Building, just one block east of IKEA, and turn it into a destination location.

The City Foundry will be the first of its kind in the St. Louis region and will offer approximately 40 retail stalls for people selling individual food and drink, three to five full-service restaurants, 279 residential units and 265,000 square feet of office space.

Steve Smith, CEO of the Lawrence Group, which is the developer of the $332-million project, was originally inspired by the likes of Chelsea Market in New York City as well as Krog Street Market in Atlanta, two locations he visited within a week of each other in the spring of 2015 for unrelated business and a family graduation, respectively.

With more than 25 years closely working with clients like SLU and Grand Center in Midtown, it didn’t take him long to land on the Federal Mogul site. “It’s industrial, it sits next to an innovation district, and it’s on an interstate with SLU as an anchor next door,” he says.

“I’d add that, had both Cortex and IKEA not happened, I don’t know that I would be moving forward with this. But those two initiatives really proved the market is ready for what we’re proposing for City Foundry.”

City Foundry’s $134-million first phase of development is slated to open in the fall of 2018. “It’s a feverish pace, but it’s doable,” Smith says.

And though no restaurants or retailers have been officially announced, Smith told the St. Louis Post-Dispatch in November that he had handshake agreements with up to two-thirds of the total occupants, all of which, along with the office spaces and restaurants, are being carefully curated.

“On the office side, it’s the types of businesses where the creative pursuit of ideas is core to their business strategy. So we are in talks with businesses that need their people to be innovative,” he says.

“For the retail side, our aspiration is to have retailers where this is their only St. Louis location. They’ll not be just transactional retailers, but experiential.”

The birth of the City Foundry is proof of concept that Cortex is more than the 200 acres it maintains in Midtown. Instead, it’s a constantly growing community of people interested in pushing St. Louis forward.

Lower sees the future of Cortex as having expanded to the point where it’s no longer known as the Cortex Innovation Community, but instead part of a greater St. Louis region that has collectively earned the reputation as an innovation hub where people can pick and choose the area, location and concentration that suits their needs best.

“The seminal idea of Cortex was: how do we stop the drain of intellectual property coming out of our institutions?” says Lower.

“Cortex has now evolved into an entrepreneurial, innovative and creative cluster of people who are shaping the future of the region and who will leave their mark here. It’s the future economy that is being born here today.”