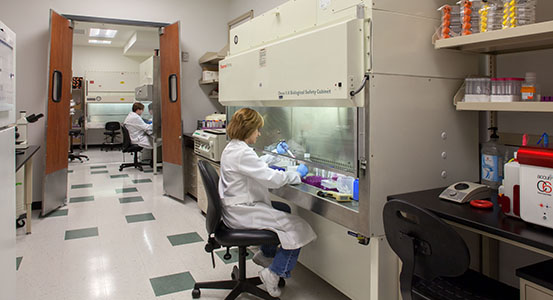 An idea is the start of a beautiful thing. But if you don't have the means to test a theory, build a prototype or find out if there is even a market for your idea, how much good can it actually do? Enter BioGenerator's Grant Program.

An idea is the start of a beautiful thing. But if you don’t have the means to test a theory, build a prototype or find out if there is even a market for your idea, how much good can it actually do?

For entrepreneurs and even would-be entrepreneurs (those who might not be calling themselves an entrepreneur just yet), the opportunity to talk through a project—no formal sales deck or business plan required—and receive the support necessary to take those crucial first steps can do a lot of good.

At least that’s what the leaders of BioGenerator Grants Program believe.

Since 2015, BioGenerator has given away no-strings attached grants ranging from just a few thousand dollars up to $50,000 each to 35 different locally grown projects.

Monetary support from the program has helped entrepreneurs graciously fail fast and move on to other ventures. But it has also allowed awardees to grow their ideas into new companies in the plant and medical sciences. In part because of BioGenerator’s financial and mentoring support, companies like Courier Therapeutics, Plastomics, Canopy BioSciences, Unleash, and Geneoscopy have gone on to secure other non-dilutive funding, strategic partnerships, revenue, and in some cases even venture capital investment.

In March of 2015, the U.S. Commerce secretary announced $10 million in grants to advance innovation across the country. From that, an i6 Challenge grant—a targeted, high-impact investment focused on supporting startup creation, innovation and commercialization—was awarded to BioGenerator and its parent organization BioSTL to the tune of $500,000.

“The i6 Challenge Grant is a one-time competitive award, so BioGenerator focused its application on the creation of a new proof of concept model,” says Vice President of BioGenerator Charlie Bolten. “When you apply for these EDA grants, [Economic Development Administration] they want you to create a sustainable program. i6 was the catalyst that allowed us to be aggressive with building our own Grants Program.”

Bolten says the money BioGenerator received from the EDA will run out this year. Moving forward, BioGenerator plans to grant $250,000 a year to startups at least for the next five years.

For the BioGenerator Grants Program, it’s all about ease of entry for innovative projects. The grants are on-the-spot and rolling; anyone who thinks they have a viable idea in plant or medical sciences can come to BioGenerator and explain the project–sans business plan or pitch deck–and use their grant to build a prototype, collect data, perform market research or whatever that next step might be.

As a project advances, it is able to receive additional funding, on a milestone or need basis. But BioGenerator is about more than just funding to St. Louis entrepreneurs.

Above and Beyond the Money

“When people think of BioGenerator, they think of it as an investment arm,” says Bolten. “But part of how we achieve our mission, which is to broadly impact the community, is through these other mechanisms.”

And then, of course, there is BioGenerator Grants Program, often giving all of these pre-companies and early-stage companies their first substantial funding. All of this is designed to give a boost to the fledgling companies – at no charge.

“You take any one company that’s been successful navigating through the early stage, and BioGenerator’s fingerprints are likely all over it – from these companies using our free lab space, to getting help applying for an SBIR grant or using our Grants Program to pay for prototypes — they benefit from all of those,” says Bolten.

“So as the company’s plan comes together, the mentoring from Fundamentals is effective, and people have thoughts on what their next steps might be, we can leverage a grant to help them be successful.”

For Bolten, it all goes back to BioGenerator’s mission of impacting and growing the St. Louis startup community, including keeping the talent that is attracted to educational institutions like WashU, SLU and UMSL in the area long after graduation.

“BioGenerator helps provide that entry point for technologies and graduates from area medical schools into the ecosystem. They can grow their projects in St. Louis from idea to company, and ideally, to exit.”

One such company is SentiAR, a medical augmented reality company building a 3D visualization platform using holograms of the cardiac anatomy for interventional procedures.

“We wouldn’t be where we are without BioGenerator and their support,” says SentiAR CEO Jim Howard. “The Grants Program provided the capital we needed to advance, and Harry Arader and the Fundamentals mentoring provided the counsel and support.”

SentiAR is currently raising its seed round to fund the buildout of its development team and finalize its holographic prototype for FDA submission.

While Bolten doesn’t see the Grants Program as a direct funnel to the BioGenerator portfolio (by his count, only around 15% of the early-stage companies supported by the Grants Program have made it through to receive formal investment), he does see it as a nimble way to advance great ideas in the region.

“We’re growing the pool of interesting deal flow,” he says. “That potentially could benefit the BioGenerator portfolio down the line, but ultimately it’s benefiting the region.”