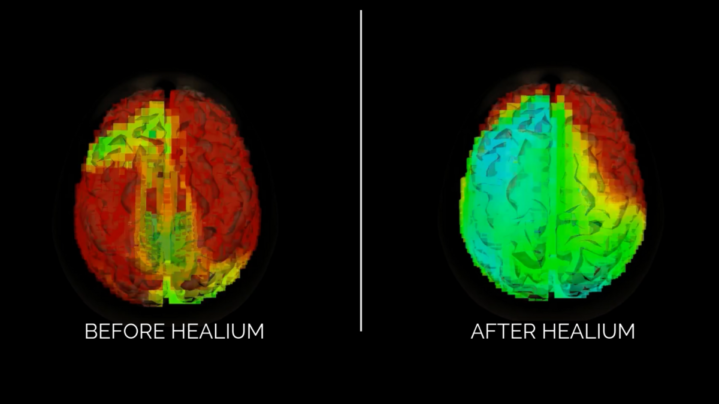 The reason why XR proponents really really love it? It does something to your brain.

At a recent VR/AR Association STL meetup, the panelists cited a lot of reasons to have confidence in consumer and commerical adoption of AR/VR/XR technology.

The conversation was fascinating but there was simply not enough time to get into all the details, so we followed up with the five panelists to revisit the discussion. As always with our “Voices” series, EQ asked everyone the same question: (Answers have been lightly edited for clarity and are posted in the order received)

When people talk about VR they often cite its strengths as an “emotionally engaging” platform. Can you describe the moment when your perspective shifted from someone who is dabbling in VR/AR to someone who decided to build a business or product on this technology? What was the feeling that convinced you to pursue it and what was the insight that you had into what XR could achieve that was previously not possible? 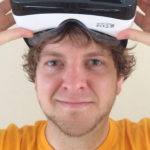 I can pinpoint the exact moment I realized that both businesses and consumers would fall in love with this technology, and that the industry was here to stay (despite the failure on the consumer-side of the industry a few decades ago);

In summer 2014, after receiving my VR developer’s kit headset, I began playing every game and tech demo I could find online. But it wasn’t until I played a demo called Weightless, an experience that has you embody an astronaut that freely floats around a space station, that I was truly convinced of the power of this technology.

The experience had you use your own actual hands (instead of a controller) to interact with various objects, and when I reached out to grab a screw floating in front of me, my brain was so convinced it was actually there, that I felt like I had actually clasped this digital screw in my hand.

As I sat there, laughing audibly to a room of no one, my mind was reeling with the possibilities for brands to use this technology to teleport their audiences and deliver experiences never before possible. From that moment on, there was no other option in the world for me than to create an agency solely dedicated to creating immersive experiences for others. 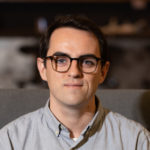 I’ve always been a science fiction fan and in those imagined universes, XR-like technology is nothing new.

But I realized AR and VR could actually be feasible after I tried the consumer release of the Oculus Rift in early 2016 and began dabbling in 3D and VR programming. That’s when it dawned on me that even as a web developer from the Midwest, I could break ground in this exciting new industry that so resembled my childhood sci-fi dreams.

That’s the emotional pull for me, but there’s also a basic economic bet. The smartphone boom a decade ago and the rise of PCs and the web in decades earlier minted countless successful careers and companies— I’m betting that XR tech will be the next major platform, and I’m working to position myself and my agency as the experts in this emerging market.

For Healium’s VR and AR apps, we do EEG brain maps on users before and after experiencing our content to see how the user’s brain responds.

We decided to create biometrically controlled content when our Chief Science officer sent me a before/after screenshot of the fast activity in the user’s brain four minutes before Healium and four minutes after. VR downshifts the nervous system.

VR has been clinically validated to reduce anxiety. There are more than 800 published studies on the therapeutic use cases of VR. You can see the brain temporarily changing.

In 2012, we started doing virtual tours with Veterans. After thousands of tours, we noticed that VR appeared to be impacting their physiology. They weren’t just watching this kind of media, they were feeling it.

We went on to do side by side comparisons of 2D vs VR media and how each impact physiology: VR is more memorable. VR is shared more, watched longer, and more emotionally memorable. 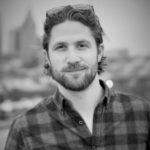 Honestly, when Microsoft announced the HoloLens it was that moment, sitting in London, KY at a BP Gas Station watching the announcment on my tablet, I knew that it would have a major impact on the Industrial Sector.

I had roughly over 5 years of experience working with Equipment Manufacturers, Distributors, and End Users in Automotive and Food Processing and my co-founder had over 40 years. With the ability to place Digital Content (holograms) in the real world it would allow us to present, engineer, diagnose, explain, educate, train, collaborate, and more unlike any way possible before.

Even 3 years into Augmented Reality, we are still only scratching the surface on what can be achieved leverage this technology to solve problems, improve businesses, and increase immersive collaboration. Our Harpra Platform development roadmap is rich with unique features and functions that are just downright exciting, even if a bit of a distance out before being developed. 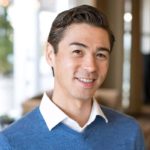 When I first put on VR in the 90’s, it was trying to sell me a window into a new world.

When I put on AR in 2016, it was showing me a new way to understand the world around me. I think the promise of this technology that fascinated me was its ability to take extremely complex information and present it in the world around us in a way that makes it far more accessible and intuitive.

For our company, SentiAR, it takes extremely complex electroanatomic data of the heart and helps us present it in a way that both trained physicians and their patients can connect with. Our brains are wired to understand the 3D world around us, and XR helps us tap into that promise in a way that traditional computing currently does not.