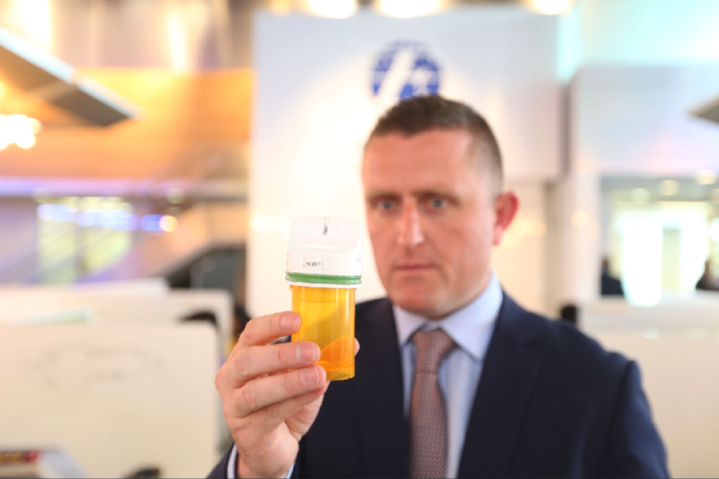 The Summit, convened last month, brought the international digital health innovators to St. Louis to explore potential opportunities for collaboration and investment. GlobalSTL, an initiative of BioSTL, set up pitch sessions and one-on-one meetings for these international companies to get in front of St. Louis’ world-class health innovation centers and decision-makers, facilitating partnerships and valuable networking opportunities for all parties.

Though this was the first year for the event, GlobalSTL had practice in pulling off such an impactful day. Building off of the success of similar events in the AgTech sector, BioSTL President and CEO Donn Rubin and his team wanted to create a similar experience, this time harnessing the region’s strengths in healthcare.

“We’ve seen the needle move in AgTech, with five international companies creating a presence in St. Louis in the past 24 months,” says Rubin.

“We wanted to create the same success in healthcare by scaling up the volume of activity by having 13 foreign companies, plus one U.S. company with ties to St. Louis all here at once. We were able to weave together St. Louis’ strengths in healthcare – from the corporations to the hospital systems to the investors – into a collective narrative to show St. Louis as a center of this industry.”

It also fits within the overall mission of GlobalSTL, which is to bring cutting edge technology to St. Louis, to give overseas companies access to our region’s corporations and healthcare systems, and to leverage the marriage of those two things to positively impact St. Louis’ economy – ideally by convincing these companies to open their North American headquarters in St. Louis.

When inviting companies to attend, Rubin and GlobalSTL Lead Vijay Chauhan were very deliberate. By Rubin’s count, only a third of the companies had a relationship with GlobalSTL prior to the event, with the other two-thirds comprised of companies that were completely new to St. Louis and to GlobalSTL.

For the invited companies, the opportunity for some face-time with decision-makers was a hard one to pass up, even if some of the companies weren’t really sure what the city was all about.

“I had not expected the city to be so vibrant, energetic or so magnificently presented,” says Noel Dillon of swiftQueue, an Irish software services company, that provides a cloud-based, enterprise scheduling platform configured to meet the needs of all outpatient clinics and diagnostic departments.

“On the hospital and healthcare expectation, I had not realized St Louis was such a major center of clinical excellence with such an abundance of hospitals and [headquarters] of major hospital groups. I was guilty of assuming that the participants were just interested in, rather than fully committed to finding innovative solutions to meet critical business needs.”

An “Extensive and Ambitious” Agenda

The delegation was welcomed at an opening dinner at Gamlin Whiskey House, with remarks provided by St. Louis Mayor Lyda Krewson. The next day began with a tour of two health innovation centers in St. Louis: Mercy Virtual Care Center and Express Scripts’ global headquarters.

Delegates then met with the leaders of Envolve Center for Health Behavior Change, an academic-industry collaboration between Centene Corporation, the Brown School at Washington University in St. Louis and the Center for Advanced Hindsight at Duke University.

“We got to learn and see first-hand how advanced and sophisticated Express Scripts and Mercy are. Then we learned a great deal about Centene and their efforts with Washington University to generate useful data on patient support,” says Peter Steiner of Telesofia Medical, a platform that clarifies medical information for patients by providing easy-to-understand, personalized educational videos based on their clinical data.

“The presenters were all well versed and focused on key issues. All this helped to get a better feel for their top-line issues and challenges and gave us a better understanding of how Telesofia Medical can support these efforts.”

In the afternoon, the delegation had the opportunity to hear from a larger group of healthcare advisors, executives, investors and providers. This included a pitch session by the companies to the St. Louis regional innovation and investor community as well as 98 separate one-on-one meetings within one hour, following a “speed dating” format.

“The five-minute slot presenting to 120 business people was daunting, says Dillon. “The energy and buzz of the seven 12-minute follow up meetings was excellent as all the discussions were completely direct and to the point. The level of seniority of participants and depth of experience and participation by all the health groups was worth many weeks of sales activity in the field.”

Telesofia’s Peter Steiner agrees. “[The] broad exposure was very helpful in creating a better awareness of who we are and what we do,” he says. “Then, [the] series of face-to-face meetings with those companies that expressed interest helped clarify the issues they want to address and enabled us to get a better sense of how we could be of value.”

The day finished with a networking reception for the delegation as well as St. Louis community leaders and government officials. That’s also when JPMorgan Chase and the national think tank ICIC (Initiative for Competitive Inner City) formally recognized St. Louis as the top bioscience cluster in the country, calling BioSTL a model for other cities. 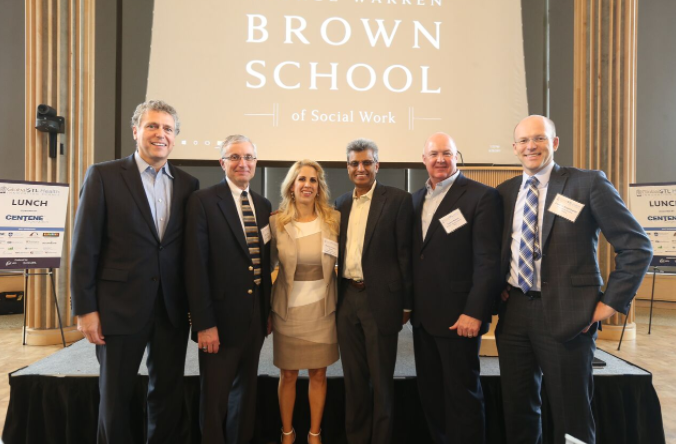 Rubin says the feedback since the event has been wonderful. GlobalSTL has been documenting follow-up activity from both the companies as well as the St. Louis partners, and without exception, all 14 companies have substantial next steps in the works—whether that is through pilot programs, investments, consumer needs or even securing office space here in St. Louis.

“The response has been very gratifying,” says Dillon. “We’ve scheduled a number of follow-up meetings that we expect will lead to pilot programs and data that will show how making medication information clear with personalized videos can help people get the most value from their medication.”

“We are embarking on an expansion into the U.S. and this initially will focus heavily on supporting our partners InTouch Health in the telehealth healthcare segment,” says Dillon. “Our medium-term ambition is to develop a local U.S. presence to support customers and to develop deep relationships with hospital groups.”

Rubin, Chauhan and the GlobalSTL team will continue to foster connections built during the summit when necessary, but they also recognize that there is a time to step back.

“We viewed this Summit as an experiment, and as an experiment I can say that overall it was a success,” Rubin says. “These companies will always have a partner and helping hand from us, but we will also step back and let the companies and partners work together and do what they do best.”

Companies that Attended the Summit:

From the U.S.
Virta