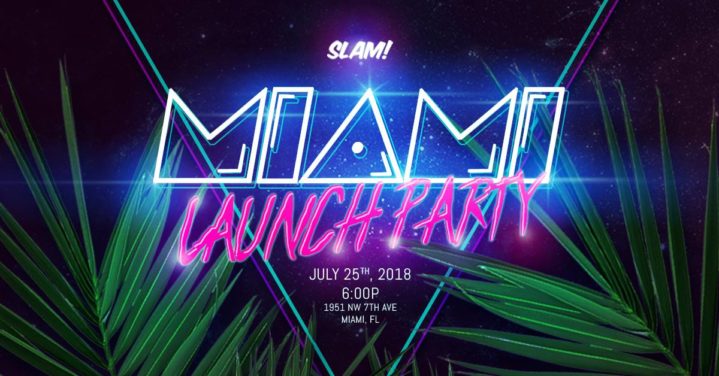 SLAM! Agency, the agency behind the podcast “Innovation City” is opening a new office in Miami at CIC’s coworking space in Wynwood.

Co-founder Tyler Kelley talked with EQ about the decision to branch out to the Magic City and compared St. Louis’ more established and Miami’s emerging entrepreneurial ecosystems.

Two Cities with a Great Potential to Do More

Both cities have complex stories at their heart, Tyler stresses, and struggle at times reconciling the dynamism of urban life with some of the more troubling aspects like crime and inequality.

The narrative of reinvention of St. Louis through innovation is resonating, he says, and inspiring other cities and their business communities. St. Louis has begun to consciously rebrand itself, not just as a midwest city on the rise, but as a model of innovation for others to follow.

Tyler says the same is happening in Miami. That city too has some issues with public perception and is often better known for its more lurid side, i.e. glamorous nightlife and beaches and its sometimes striking income inequality, but Tyler believes that “Miami is awakening, and becoming an emerging leader in innovation by being mindful, collaborative and community-focused.”

Regarding both Miami and St. Louis, he says “both have been overlooked and underestimated,” and could be regarded as “underdog cities,” but despite that, he states, both cities “are hungry for change and have a great potential to do more.”

“Cities like St. Louis and Miami are seeing a resurgence of entrepreneurial and social innovation because they are breaking through the status quo of business as usual and they are exactly where they need to be to be leaders in this movement,” Tyler says.

Tapping into a Network of Influencers to Chart the Path

The decision to open an office in Miami was inspired, Tyler says, through conversations with people like Tina Brown, Executive Director of the Overtown Youth Center and others who are working behind the scenes in Miami to break the cycle of generational poverty, one person at a time; and Julio Frenk, President of the University of Miami, a school becoming recognized nationally as a leader in technology and health innovation; and last but not least Tyler’s good friend and mentor Tim Sanders, a NY Times Bestselling Business Author of “Love is the Killer App”, who counseled the co-founders that if they wanted SLAM! to be recognized as the best in the world at what they do, they needed to expand to an up and coming tier one city.

A few options were discussed, but ultimately the two co-founders determined that Miami was the best fit. An established relationship with CIC and Venture Cafe in St. Louis sealed the deal (Venture Cafe is a client and partner involved in Innovation City.)

Within the two years since CIC Miami opened, the space along with its nonprofit event cousin, Venture Cafe, have become the center of entrepreneurial networking and energy in Miami.

For those seeking co-working space in the city, there’s no shortage of options, but according to Tyler, CIC and Venture Cafe offer a much different experience, both for the startup and more established innovation-minded companies that rent there and for those attending the weekly events at the Venture Cafe. As of the beginning of this year, the site has a mix of over 220 startups, small businesses and nonprofits in multiple sectors.

In an interview with the Miami Herald, Natalia Martinez-Kalinina, General Manager of CIC Miami says, “The objective of CIC Miami is not to build a building or a set of buildings, but to build a community, create a true place of convergence, and add tangible value and momentum behind our city’s progress. As such, our walls should feel permeable for anyone, not just our clients.”

A critical part of SLAM!’s strategy is to help play a role promoting the entrepreneurial community and the co-founders and hosts will be tapping into this community by expanding their Innovation City podcast to focus on Miami’s ecosystem as well.

Diversity as Superpower, Hunger for Change

In a recorded open message to Miami on the SLAM! Agency website, Tyler tells the people of Miami, “Your magic is in your ability to bring all people to the table, your diversity is your superpower, inclusion is your brand, equity is your future.”

Like both cities in which SLAM! now call their home Tyler says of his agency, “we are hungry, we are ready and we are excited to launch our second location in the heart of Miami’s innovation community, CIC Miami.”