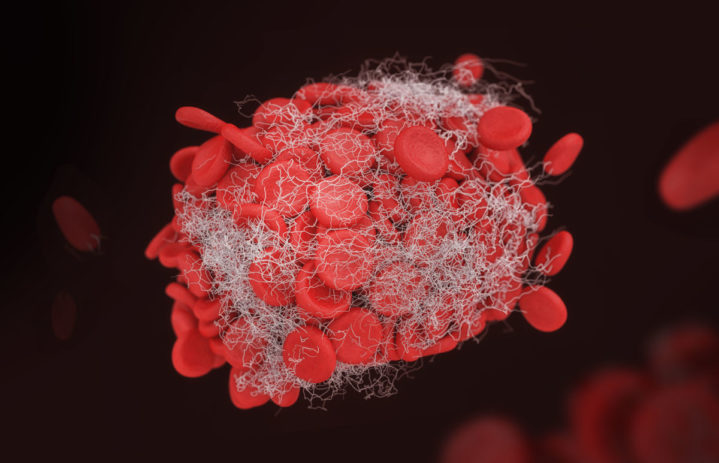 As the leading cause of mortality in the world—responsible for more than 30 percent of global deaths according to the World Health Organization—the magnitude of cardiovascular disease can be overwhelming.

But the magnitude of the issue was exactly what drew together what Dan O’Brien, vice president of business development for Hemadvance, a BioTech company that won a 2015 Arch Grant, calls a “startup dream team”—an amalgamation of top performers from a variety of professional disciplines.

“Our team has expertise in science, business and law. Our founders, Nicola Pozzi and Sergio Barranco-Medina, are both PhDs, and almost every other person in our group has an MBA,” says O’Brien, who has a background in pharmaceuticals, medicine and an MBA. “We also have a board of advisors who has previously raised millions of dollars for local biotech startups.”

According to O’Brien, what has made Hemadvance so attractive to this dream team, Arch Grants and others in the startup community is the potential behind its technology.

The company is developing a molecular technology that can diagnose, manage and treat the onset and progression of coagulation disorders like hemophelia and von Willebrand disease.

It does this by finding key protein indicators for patients who are most prone to spontaneous clots in their body.

Chimeras, the synthetic molecules they’ve developed, are used to fuse different proteins, which allows them to create molecules with new biological functions. These molecules can then be used to identify genetic alterations in plasma, such as Protein C deficiency.

Chimeras will also be used to treat sepsis and stroke, and are synthetically manufactured at high-yield, high-purity and low-cost. The companies says they have limitless production in stable cell lines with a scalable, reproducible method.

“We all have backgrounds in academia, and many of us are still adjunct professors across many disciplines. What separates us is an understanding of converting knowledge into our industry and going to market,” says O’Brien.

The company is currently in fundraising stages and is developing a commercialization strategy. Since the market potential is so large, they are currently creating priorities for which disciplines within medicine would most quickly benefit from the technology.

According to O’Brien, the company, which was launched in St. Louis, plans to remain here as it grows and realizes greater values. Some of his reasons include proximity to academic institutions like Saint Louis University and Washington University and the strong entrepreneurial ecosystem that includes Biogenerator, other startups in Cortex and, of course, Arch Grants.

“Arch Grants really helped to get us in front of angel investors and other groups we would not have easy access to,” says O’Brien.

“One of our biggest challenges has been how to refine our strategic plan. And the networking that Arch Grants has provided has helped us to refine our commercialization strategy.”

Jeremy Nulik
Born cold, wet and naked, Jeremy Nulik overcame these obstacles to become the man he is today. When he is not running, he writes stories about the brave, creative people who inspire him.