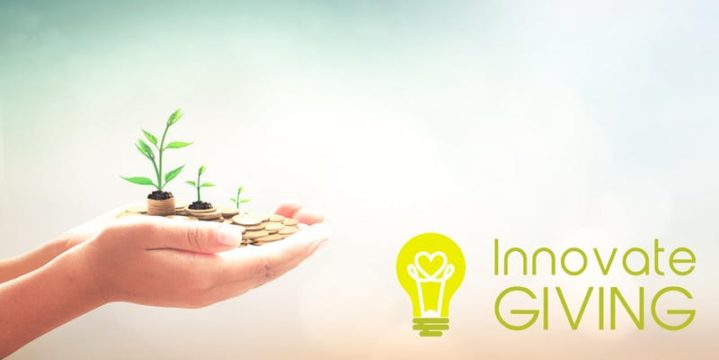 A growing community of Social Entrepreneurs who all "think a little bit differently" are beginning to change the way in which traditional nonprofits are run.

A special episode of The Bourbon Friday Show featured live streaming of the Innovate Giving panel discussion on the intersection of Innovation and Philanthropy in St. Louis. The event was sponsored by Marriot Courtyard at the Convention Center and held at T-Rex.

Erik Lutenegger, creator of The Bourbon Friday Show and founder of tech startup Tenacity, gave a keynote opening address at Innovate Giving. The evening played host to a panel of social entrepreneurs and nonprofit leaders in the first giving-focused event: Innovate Giving.

“The goal of the evening was to bring together three different parties into a conversation around how to work together towards innovation,” Lutenegger explained to EQ.

A growing community of Social Entrepreneurs who all “think a little bit differently” are beginning to change the way in which traditional nonprofits are run.

“Innovate Giving is about bringing together entrepreneurs (who think a little differently), with non-profits (who are identifying these problems and are working tirelessly to help), and the government (who is holding all of this together) to come up with innovative solutions. It’s about extending our reach by working together because none of us can do it alone,” Lutenegger told the crowd assembled at the event.

With representatives from the entrepreneurial, nonprofit and government spaces all brought together under one roof, the event provided a unique opportunity to explore and contrast the many ways in which technology and social networks in particular have changed how nonprofit’s communicate and engage their respective communities.

Tech Innovation in the Giving Sphere

Tech has always been a tool entrepreneurs use to expand their donor pool. Platforms such as Kickstarter, GoFundMe and Facebook provide a direct line for giving. Since launching in 2015, the Facebook Donate button has raised millions for 501c3s. In 2016-17, the platform partnered with the Bill & Melinda Gates Foundation providing a match campaign on #GivingTuesday. This launched a slew of services and platforms around micro-donations and charitable giving.

For Winegrad and Glantz, who depend on digital platforms to reach their donors, technology expands the ways people can make charitable contributions and allows acts of giving to integrate seamlessly into consumers’ everyday lives.

By providing donors a streamlined way to give to nonprofits through the buying and selling of goods and services online, for instance, Generopolis hopes to extend the limits of how, when and where people give. Similarly, GiftAMeal incorporates charitable giving to users already actively engaged on social media – a donation is made every time someone posts a picture on instagram of one of their network partner restaurants.

For traditional nonprofits, however, the over-saturated spaces of digital platforms also present the challenge of standing out amongst a sea of nonprofits just like them. Craven says that technology in the giving space can be a powerful tool when used correctly but it can also be a resource drain. From her fourteen years of running a nonprofit, she’s found that getting too attached to shiny, new digital technologies might distract from a nonprofit’s core mission, and take precious time away from other tasks that affect their constituent community more directly.

The panelists later had a chance to voice their opinions about differences in how for-profits and nonprofits operate in the giving space.

Craven celebrated nonprofits’ ability to offer their donors status and tax-breaks in exchange for their contributions, but lamented the challenges that come with having limited resources, as well as deferring to a board of directors that ultimately called the shots.

Agustin, drawing on her experience with the Housing First program, a federally funded initiative to fight homelessness, considers the help of for-profit housing agencies an invaluable component of connecting the homeless with potential living situations–arrangements, she says, that, if implemented in St. Louis, would benefit both those in-need and the landlords owning the rental spaces.

Glantz and Winegrad both look to the benefits of a for-profit set-up in terms their organizations’ larger goals. Glantz noted that profits and purpose do not have to be inconsistent goals; in fact, there are ways that they can complement one another. While nonprofits have multiple groups they must report to, for-profits don’t have to ask “for permission,” as Winegrad put it, when deciding how to allocate money. Both entrepreneurs knew that operating as for-profits would be the most efficient means to one day growing their companies to operate on a national scale.

Ultimately, the panelists all came to the event with their own views and ways of operating in the giving space, it was clear that all ultimately acted with a common goal: making St. Louis communities better places for the people who live there.