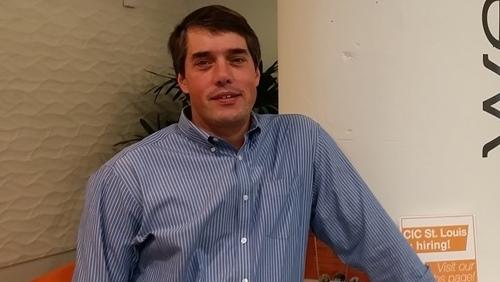 My great privilege in life is growing up in an entrepreneurial country, receiving a top-notch education at MIT and working for world class companies. At MIT, I learned the fundamental concepts of innovation from world-renowned professors. At McDonnell Douglas and Boeing, I had the good fortune to be part of teams with seemingly unlimited resources whose sole purpose was to develop whatever technologies we could dream up. This role included managing key elements of Boeing’s annual multi-billion dollar R&D investment from 1997-2000. The fruits of these investments are now core elements of Boeing products like the 787, the FA-18 Growler, the Scan Eagle, and others. On the other end of the spectrum, as President of a St. Louis startup called Gridlogix, we operated with less than Boeing’s paperclip budget, but we managed to grow a company over four years to a successful exit in 2008, in the midst of the stock market collapse.

Boeing, with all of its resources, and Gridlogix, with so few, each made substantial advances. In each case, we did not always know ahead of time what the advances would be, but we knew that if we worked thoughtfully, we would take meaningful steps towards the next shift in innovation.

In The Black Swan, Nassim Taleb notes that domesticated turkeys live a happy life and come to expect that humans will feed them everyday. That is, until the Wednesday before Thanksgiving. The last day of the turkey’s life is so unexpected.

Inversely, as a society we live with various, often unknown, pain points before unexpected solutions appear—usually from an entrepreneur—that change the direction of the world. Did you wake up on June 29, 2007, the day before the introduction of the iPhone, and know that communication would fundamentally transform in less than 24 hours? We are at a similar moment in relation to the transformation of automobiles, and maybe similar transformations in energy, housing, healthcare and food.  Once the opportunity becomes obvious, the market transforms, innovation accelerates and costs collapse, yielding accelerating returns that multiply GDP and consumer welfare.

The innovation process is seemingly random, but there are in fact, methodical steps.  Al Gore is credited for inventing the internet in the late 80’s, the moment before the Thanksgiving feast of the 90s.  In the early 80’s, 3Com was founded by Bob Metcalfe and team, to commercialize Ethernet (read Bob’s business plan). Ethernet, a cornerstone of the internet, was based on Bob Metcalfe’s PhD thesis and work at Xerox PARC in 1973.  Metcalfe, Cerf, Kahan, Kleinrock, and others work on the internet can be traced back many years, even prior to Metcalfe’s birth in 1946. 1946 marked the year the ENIAC was completed, but it had no network. While Bob is credited with inventing Ethernet, the technology is a success because Metcalfe spent years on the road selling to customers looking to solve a problem. Innovation is not random. It favors the well prepared. It reveals itself when the market is right and the entrepreneur emerges.

I have lived in a world in which scientists plan for innovation (Boeing), and in a world in which entrepreneurs listen to the market and adapt (Gridlogix). Both of these approaches have merit, but the US under invests in the entrepreneur’s world. VC investment in IT, media and entertainment is doing fine, but early stage investment across all other industries is probably short by $8B annually. As a result, US GDP, productivity, and innovation are stalled. New business starts over the last 30 years are down.

The confluence of my education and my experience in working around the issue of innovation leads me to a unified theory of innovation. Having a favorite economist is easy when there are so few good choices. However my favorite economist, nobel laureate Edmund Phelps, is the closest to articulating the opportunity I have experienced. The more I read his papers, the closer I get to figuring out how to operationalize my life experience. Phelps writes:

Human beings have a restless edge, an impulse to tinker, to do things in a different way. And that fact is a huge and vital thing. Mankind is capable of original ideas, concepts that have not been conceived before—and those who attempt to suppress this create a prison of the mind and spirit. It is good to have books to read and a Rubik’s Cube to play with, but a prison it would nonetheless be if people couldn’t follow their own instincts and conscience. If they couldn’t leap into the unknown. that’s what business is all about.

iSelect is the platform we are using to deliver on the view Edmund Phelps articulates in this article. I believe his thinking is profound, profound enough that I do not yet fully grasp the breadth of its significance. In my personal experience living in many innovative environments, Phelps’ view is as close as I have come to a unified theory that fundamentally unlocks the next tier of human potential.  We just need to figure out how to harness it. When we do, it will be really exciting.