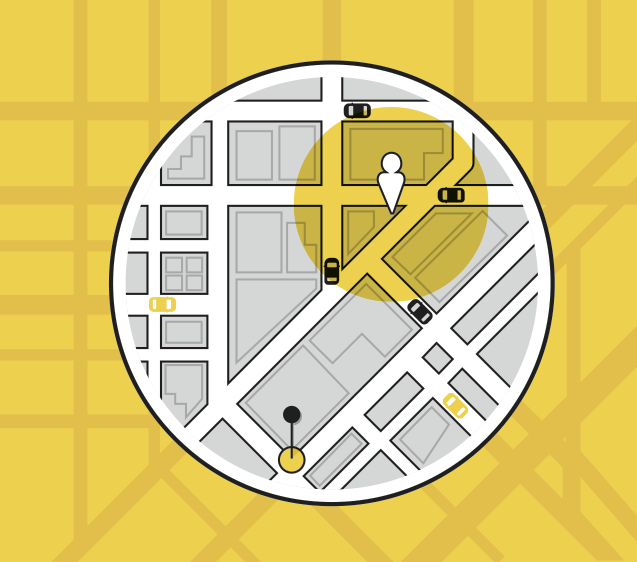 The ride-sharing debate has loomed large in St. Louis this year. Entrepreneur and MTC Commissioner Chris Sommers shares his thoughts on what St. Louis' fight for Uber means for our innovation community–and our city.

What’s in a list? In my industry, not much. We love to see our brands atop them, but we also take them with a grain of salt.

Too often, the national restaurant critics haven’t even stepped foot in St. Louis, let alone our establishments, when they include us on their best pizza, best food trucks, cocktail or whatever list du jour they concoct. Still, we publicize the hell out of them and thank these unknown reporters profusely.

After all, it’s laudatory free press, and most importantly, it’s something to talk about.

In St. Louis and Missouri, it seems, we are obsessed with lists, too. Unfortunately, however, we reside on the top of lists we loathe and sit in last place on those to which we aspire.

Whether it’s #1 in murder and crime rate, or STDs, or lowest in gas and cigarette taxes or school funding, we excel where we shouldn’t, and languish where we should lead.

In January 2014, I brought the idea of getting Uber and Lyft in St. Louis to Mayor Slay. I’d used their services in other cities where I travel and own businesses, and believed St. Louis needed the same safe, affordable alternative to our abysmal taxi service and insufficient mass transit.

Mayor Slay and his Chief of Staff quickly realized the importance of this too, and appointed me to the Metropolitan Taxicab Commission, an entity created by the Missouri legislature to oversee taxicabs and other vehicles-for-hire, because our fragmented region lacks any governmental entity to oversee both St. Louis City and County.

At the time, St. Louis wasn’t the last city in the country without Uber and Lyft (now referred to as Transportation Network Companies or TNCs), but we were close. Say what you will of these companies’ tactics when they launch in a new city, but St. Louis continues to put up a hell of a fight.

If Uber legally operates in Las Vegas, and to this day, operates illegally in St. Louis, we have a problem. (Las Vegas is known for its incredibly corrupt taxicab cartel.) I knew convincing my fellow commissioners to get on board with TNCs would be an up-hill battle, but I didn’t realize how sad and ugly it would get.

I never imagined that the Chairman of the Commission would call me an “insufferable douche” on Twitter for my support of TNCs. That jab backfired and helped rally hundreds for our cause.

At press time, UberX, the company’s lower-cost service, is operating in St. Louis, albeit illegally. That is, my fellow Commissioners (50% of whom own taxicab companies) have not licensed Uber.

Instead, they passed code changes 6-1 (that 1 is me) to ensure the ride-share service would never legally operate in St. Louis.

They knew that these code changes included provisions unacceptable to Uber, and would preclude them from even applying for MTC licensing. Uber knew exactly what was happening with this vote and, accordingly, launched UberX without a MTC license on the very day the MTC voted to block them. Uber was tired of waiting, tired of the obstructionist tactics the MTC used to protect its taxicab owning Commissioners.

St. Louis was tired of waiting, too, and celebrated by taking over 5,000 UberX rides in the first weekend.

That same day, Uber filed a federal anti-competitive lawsuit against the St. Louis Metropolitan Taxicab Commission, making it the first regulatory authority in the world to be sued in Federal Court by Uber. Prior to the lawsuit, I filed a complaint with the Federal Trade Commission (FTC) against my own Commission on the same grounds.

Uber and I argued that a regulatory board made up of industry types can’t regulate its competitors. [For more background on the lawsuit, read EQ’s previous coverage.]

So why the massive kerfuffle about Uber? Is it really that big of a deal? Those who argue it’s not aren’t paying attention. Uber is low-hanging fruit.

If we can’t get this done, what does it say about our region and those who run it? We’re tired of making excuses to our friends, family and prospective employees why we don’t have what’s considered a staple of modern, urban living.

Without a robust mass-transit system, cities like St. Louis need TNCs even more. Those 20- and 30-somethings we look to acquire and retain demand it.

Much bigger than TNCs, this struggle and the efforts to block it are symptomatic of a St. Louis that refuses to evolve, a city that is content with placement atop the worst lists. Visitors to our beautiful city look around at our architecture, parks and cultural institutions and see a city that dreamed big 100+ years ago, a city with swagger. Nineteenth-century swagger.

What happened? Why are we fine with accepting mediocrity, at best?

St. Louis City is run by Democrats and has been for decades. But let’s not confuse most of these Democrats for Progressives.

We have an old guard of politicians and city elite who fail to think or act big, lest they disrupt or upset their contemporaries and those who may have given them money. Many of these decision-makers sadly inherited their wealth and power from those who built this city, those with nineteenth-century swagger.

Others may be self-made, but they suffer from the same narrow-minded, provincial attitudes and vision for our city. What’s unique about this battle of the old guard versus those who can’t stand the idea of St. Louis getting left in the dust of cities like Cincinnati and Nashville is the strange bedfellows it’s courted.

I can think of no other issue in Missouri that has Republicans and big “P” Progressives aligned. But Uber has brought the furthest right and furthest left together.

Imagine that—those on opposite sides of the aisle finding common ground to move our region forward! Whether your motivation is less regulation and free-market economics, or adoption of modern technologies, safe transit options and good-paying jobs, the Uber debate has galvanized the oddest coalition of activists, and this momentum excites me more than the ability to finally hail an UberX in St. Louis.

Similarly, the activism led by tech entrepreneur Edward Domain, who was nearly killed by an uninsured, yet MTC-licensed cab driver, finally exposed many in our city to an organized, government-sponsored attempt to stifle our ability to compete.

Two years ago, I began telling anyone who would listen of my idea for “The Pledge.” The idea came from sitting in front of Civic Progress, speaking about how to make St. Louis competitive for talent and create a city where its members’ children would want to start their own businesses and raise their families.

I suspected just by looking around the room (and later confirming) that most of these CEOs’ adult children were living on a coast, or somewhere other than St. Louis. I spoke about the need for mass transit, density and startup investment–attributes shared by all cities where millennials are flocking.

I knew that more than any politician, these (mostly) men, could make this happen. These CEOs could invest a rounding error of their personal portfolios in our startups. They can hang a shingle in Downtown STL or Cortex (thankfully Boeing and Centene just did).

But most importantly, I know these CEOs can fix our fractured government. But if they sit on the sidelines, their future workforce in STL is limited and they’ll have to board a plane to see their grandchildren.

Until we unite St. Louis, we’ll continue to languish at the top of every list we can’t stand, and at the bottom of those lists that really matter. We’ll remain the last city without UberX and our homegrown CEOs, like Jack Dorsey, will be forced to launch their companies in cities that embrace bold ideas and 21st-century swagger.

This article was written by St. Louis tech and restaurant entrepreneur and Metropolitan Taxi Commissioner Chris Sommers. Sommers returned to his hometown of St. Louis in 2007 from San Francisco, where he started his career at Salesforce.com, and opened his restaurants, Pi Pizzeria and Gringo. He is also the founder of two tech startups, Givvr and Sqwid.