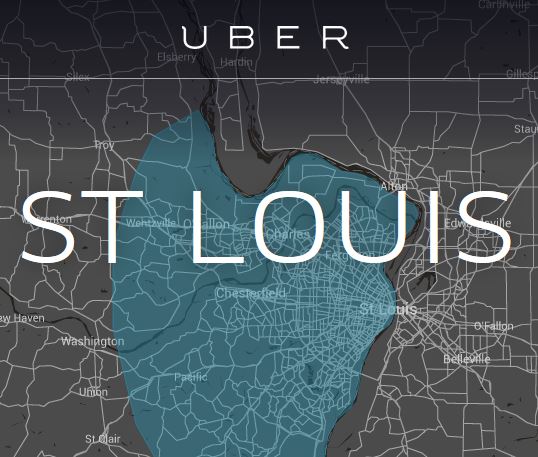 Another week went by in the omnipresent ridesharing debate. There’s been many things that unfolded–here are the most important ones.

Wonder what happened before? Read EQ’s first and second roundup.

Saturday, August 22: After various sources had announced a meeting between representatives from Uber, the MTC as well as Stenger’s and Slay’s offices last Wednesday, St. Louis mayor Francis Slay himself (#fgs) confirmed the meeting in a tweet without providing any details about the outcome. Metropolitan Taxi Commissioner Chris Sommers responded on Twitter, declaring the ball was now in the court of County Executive Stenger:

Sunday, August 23: Ridesharing advocate Edward Domain seconded Sommers’ belief, tweeting that mayor Slay’s proposal is “very common sense” and that “we get @Uber in #STL” if Stenger agrees to the mayor’s proposal.

Monday, August 24: The St. Louis Business Journal published an article about mayor Slay’s revisions to the Metropolitan Taxi Commission’s current code proposed at the August 19th meeting. Among other changes, Slay suggested that the MTC does not regulate Uber drivers themselves but instead regulate Uber as a transportation network company (TNC), which would allow Uber to “be in in charge of regulating its own drivers, similar to the way it operates in other cities.” In the same article, County Executive Steve Stenger said Sommers’ and Domain’s allegation that he has decision-making power in the matter “couldn’t be further from reality,” adding that “whatever we come up with, the MTC still has to vote on it.”

Responding to right-wing trolls @LacledeCab fired me today. There is no job that is worth me surrendering my freedom of speech.

Tuesday, August 25: In an interview with EQ, co-founder of Square Jim McKelvey said “it is not acceptable anymore to not have ridesharing. If Sidecar or Lyft or Uber or some new program that we haven’t even invented yet wants to come here and bring mobility to our population, we gotta have that.” Citing the Delmar Divide, McKelvey added that “lack of mobility has been one of the major problems of this town.” The St. Louis native also said that the MTC “has a very hard job” and wants to have “very high standards”.

Wednesday, August 26: Edward Domain gave a presentation at the monthly meeting of the Social Media Club St. Louis about the the ridesharing debate, detailing his view of the events that have been unfolding so far.

Thursday, August 27: In an article for the St. Louis Business Journal, reporter Brian Feldt wrote: “An agreement,” according to Feldt, “is no further along than in months past,” because members of the MTC and the authorities appointing them – mayor Slay and County Executive Stenger, “are blaming one another for holding up a deal.” Stating the biggest obstacle being background checks, Feldt added that “St. Louis could be waiting for UberX until changes are made on the state level” without specifying how long that would prolong the decision-making process.

That’s a wrap for this week’s edition of EQ’s summary about all things concerning Uber & Co. As always, we appreciate hat tips, suggestions and critique (also only on Twitter, of course).