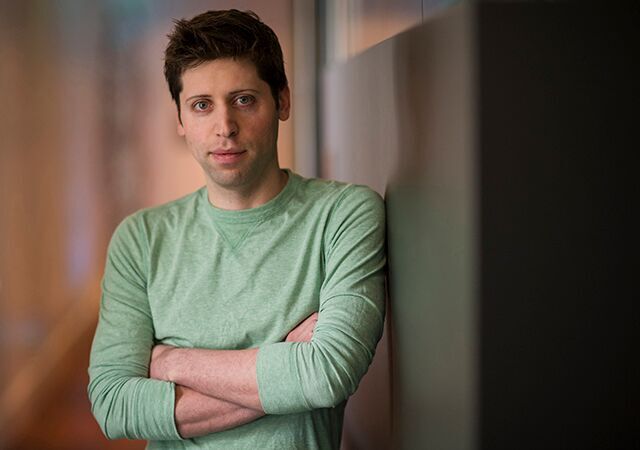 Sam Altman left his hometown of St. Louis to build businesses. Now, he helps other tech startups grow as president of Y Combinator, the most commercially successful accelerator in the country.

Y Combinator, one of the most prestigious startup incubators in the world, wants to invest in more St. Louis startups. That’s according to the Silicon Valley incubator’s president, Sam Altman, who participated in several Q&A sessions during a recent visit to Washington University School of Engineering and Applied Science.

A 2005 graduate of Y Combinator himself, Altman spent his day in St. Louis meeting with local startups and students, then spoke to a packed house that night, offering tips on how to succeed as an entrepreneur and answering questions about his experience guiding hundreds of startups through YC since he became president in 2014. YC’s graduates have a combined valuation of more than $65 million and include the likes of Airbnb, Reddit and Dropbox.

Named the top investor under 30 by Forbes in 2015, Altman, a St. Louis native, studied computer science at Stanford University. At 19, he founded Loopt, a location-based social networking application, acquired by Green Dot Corporation in 2012 for $43.3 million.

Joining Altman for a portion of the evening’s events was David Messina, chief operating officer of Cofactor Genomics, an STL-based biotech company that uses RNA to test for diseases. YC began backing them in 2015.

After the event, Altman admitted to reporters that one purpose of the visit was recruitment. Altman met with several St. Louis startups earlier in the day and says he plans to talk to at least two of them about coming to YC. The company selects two batches of startups for its main three-month program. Altman said nearly 25,000 companies from around the world applied last year. Only 107 startups were accepted into its fall 2015 class. Applications are open now for its 2016 summer batch.

EQ spoke with Altman about the future of biotech in St. Louis, the roles of accelerators in emerging markets and whether he’s considered starting a venture in his hometown.

YC has funded dozens of biotech startups in the past couple years, including Cofactor Genomics, which started in St. Louis. What do you think the future looks like for biotech startups? And what might that mean for a place like St. Louis, with its research universities, biotech incubators, accelerators and corporate ties?

There were a lot of things I was impressed with [in St. Louis], but the single thing I was most impressed with was the quality of the biotech companies and just how much of an ecosystem there is here. I met with nine of them individually and I got to spend some time at Cortex.

It feels like there really is a center of gravity here around that—that honestly you don’t even really see in the Bay Area, just in terms of the density of it and people working on really good things. So I think [biotech] is clearly a giant market; I think it’s been possible for startups to be great biotech companies in the past few years in a way that it wasn’t before.

When we look at new industries, what we look at is the cost and the cycle time. Startups are always capital constrained, so if costs are high, it’s hard to win against a big company. The advantage for startups is moving quickly, and if cycle time is really high–if it takes longer to iterate–then it’s harder. If it’s short, then you have a real advantage. I think that’s really shifted for biotech companies, and this is a great time to start one. And it does feel like St. Louis really does have something special going with that.

YC is such a large accelerator that has a broad reach across industries. What role can smaller, niche-industry accelerators such as St. Louis’ The Yield Lab (AgTech) or Stadia Ventures (sports business) play?

There are two things you need with a startup. You need advice about how to be a good startup in general, and you need already to know or need advice around the specific thing you’re building. So I think these sort of narrow accelerators can give extremely good advice in a particular vertical about how to sell to farmers, for that example.

What role do you feel that accelerators play in building a community and a density of startups in a city?

That’s a great question. I don’t feel like I can answer this with a lot of certainty because by the time YC existed, Silicon Valley already had a lot of startups, so the community would have already been there without us. But I do think I’ve seen how, in other cities, an accelerator forms the center-of-gravity for a startup ecosystem.

It’s so important for startup founders to have peers because it’s a lonely and hard job. And it’s also so important to have a broader community of some successful startups that get acquired, and then the employees there have money, and they use that to invest in other startups. I think accelerators can be the center of gravity around which this forms.

What do you think about fellow St. Louis natives Jack Dorsey and Jim McKelvey bringing projects like Square back to their hometown? Is that something you’ve ever had any ambitions for, to bring something back to St. Louis?

Yes, but no specific plans. Specifically for YC, we’ve made the decision, at least for now, not to open other offices. We think the mistake that many startups make is to go open multiple offices instead of having everyone together in one place. We do try to follow our own advice. And, we all want to be together; we want to have one organization. So, I’m unfortunately not looking to open YC St. Louis this year, but it would be fun to figure out how to do something here at some point.

This story was published in EQ’s Spring 2016 print issue.

Brian Heffernan
Brian Heffernan is St. Louis-based freelance journalist who has been published by Al Jazeera America, Riverfront Times and St. Louis Magazine. He also runs product and communications for Joojoo, a St. Louis startup that helps friends share recommendations about where to go, what to do and whom to hire. Brian earned both a master's and bachelor's degree from the University of Missouri School of Journalism and loves corndogs.