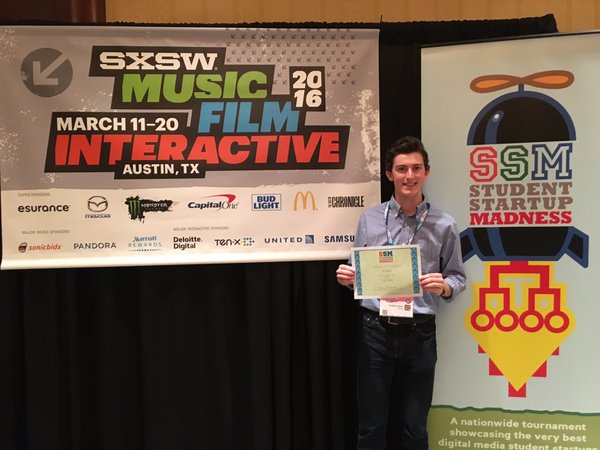 Square hosted a grand opening this week for its new office in the Cortex innovation district. The mobile payments company unveiled in September its plan to open a St. Louis office.

Thus far, the company has hired 150 employees to work at its 17,000-square-foot space in the @4240 building. That makes it Square’s second-largest office, after its San Francisco headquarters. Square was co-founded by St. Louis natives Jim McKelvey and Jack Dorsey.

St. Louis-based FoodShare took third place at a pitch competition for student-led startups at the South By Southwest festival in Austin, Texas this week. FoodShare, headed by Washington University student Andrew Glantz, was one of the eight finalists selected to square off at the Student Startup Madness tournament.

Glantz said FoodShare was awarded a $2,000 grant for placing in the top three. It’s been an illustrious month for Glantz. On March 4, he was named a top-five finalist at the Global Student Entrepreneurship Awards.

St. Louis’ Capital Innovators was again named among the best accelerator programs in the country. The Seed Accelerator Rankings Project, run by researchers from Rice University, the University of Richmond and MIT, gave it a “gold” ranking this year.

Bloxels, the newest creation from St. Louis-based Pixel Press, was featured by online retailer The Grommet on Thursday. Bloxels lets kids design video game characters and levels with colored blocks and a 13-by-13 square game board, then bring them to life on tablet computers. Check out Bloxels’ video and page on The Grommet.

Gov. Jay Nixon will join with area business leaders Friday at 12:15 p.m. at the St. Louis Regional Chamber to show opposition toward a proposal that would change Missouri’s constitution to allow churches, wedding vendors and “religious organizations” to discriminate against gay people. State senate Republicans approved the measure last week after a 37-hour Democratic filibuster.

It now moves to the Missouri House of Representatives. If passed, the issue would be posed to voters later this year.

The measure has received criticism from some in the innovation community.

Venture Cafe executive director Travis Sheridan took to social media on Thursday to call for members of the startup community to attend the event and wrote, “SJ39 is backwards and not the tone we want to set as a region. This isn’t just bad business. It’s unproductive and hateful. I stand with the LGBTQA community.”