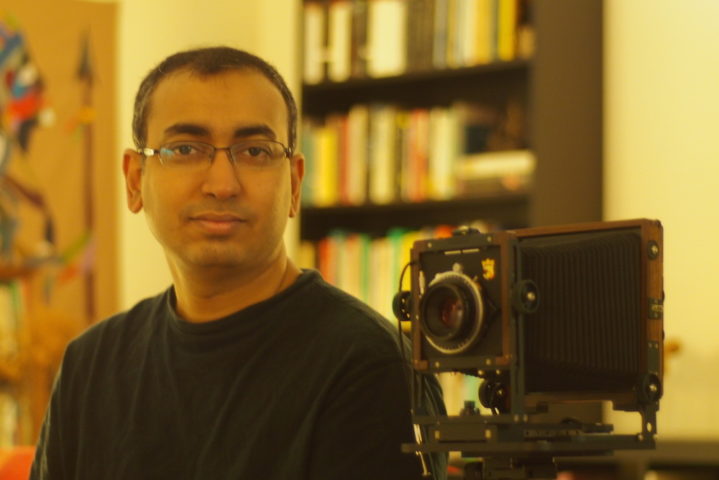 You might think big data is all about tech, business and the NSA, but Anupam Basu is using these tools to better understand the foundations of our culture. As the Weil Fellow in Digital Humanities at Washington University, he uses 21st century tools to understand Shakespeare and his peers in his work, helping make digital sense of the first 200 years of English printing.

You might think big data is all about tech, business and the NSA, but Anupam Basu is using these tools to better understand the foundations of our culture. As the Weil Fellow in Digital Humanities at Washington University, he uses 21st century tools to understand Shakespeare and his peers in his work, helping make digital sense of the first 200 years of English printing. 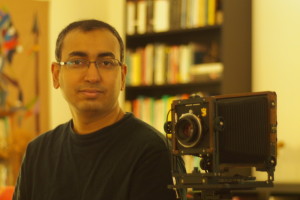 Your bio says you research “criminality, poverty and vagrancy” in Tudor and Stuart literature—why?

The early modern period is a period of great social and economic transition and anxiety about that change. Out of this anxiety came very stark attitudes about charity, poverty and more. Crime becomes a template for a very moralistic storytelling that turns into speculative literature about what society should be. Over this period, the population of London grows rapidly and we see the emergence of a capitalistic commodity culture. A lot of the anxieties about these transitions are played out in the genre of “rogue literature.”

Print in the 16th and 17th centuries was like broadband today. Language evolves always, but technology like print accelerates that. I study how language changes through the intervention of print in the sixteenth and seventeenth centuries. How was spelling gradually standardized through the practices of the printing press?

For most of my life, I thought literature and tech were separate domains. I learned to program as a child, and worked as a programmer before grad school. I did a fellowship at University of Warwick where I started hearing about the data available in encoded texts, then did grad school at UW-Madison under Mike Witmore, who is now the director of the Folger Shakespeare Library. It was fascinating to see how even something like genre can be understood by data tools.

Will machine learning ever be able to replace humans for the humanities?

No, hopefully not. It’s about balancing between the two approaches. IBM’s Watson may be able to win at chess, but I don’t think it will ever be able to play chess as we understand what play means.

I’d still do my research, but spend more time with my hobbies.  I’m passionate about recreating old photo processes from the 1800’s like wet plate photography, or grinding pen nibs for fountain pens. I don’t own a camera that has a battery. Outside of work, I enjoy exploring technologies that embody mechanical precision and craftsmanship.

Tell us about the picture you sent for use with this story— where did you take it, what’s in the shot and what’s interesting to you about it?

I like doing large format photography and recreating historic photographic processes. I have a small lab setup at home and this is my trusty 4×5 camera. It doesn’t have batteries or meters of course, but it is made of wood and carbon-fiber to keep the weight down. It takes sheet film but can also be modified to do wet-plate photography.

I love cooking. If I have a long day at work, I need to go home and cook for an hour to wind down.

What is the thing most people don’t get at first about what you do?

It’s not about the amount of data, but about how we can build models that allow us to interpret these texts in new ways. The outliers point to what’s interesting. For example some recent computational work by Shakespeare scholars has noted that Othello tends to cluster with comedies. This doesn’t change our fundamental classification of the play but it lets us ask interesting questions about what aspects of comic language and plot Othello echoes. One might want to read it as a “reversed” marriage plot so common in comedies.

Othello as a comedy?

It’s like the plot of “As You Like It” is flipped—it contemplates what happens domestically in a household, very unique in Shakespeare. These similarities to domestic stories are what computers have helped researchers like me pick up on.

Imagine you spend a long flight with some amazing people— who are they, where are you going and what do you talk about?

Queen Elizabeth I and Thomas Dekker, a writer of popular literature of the English Renaissance. I would want to know about Elizabeth’s perspective as she takes over takes over when the country is extremely precariously poised and leads it, with great dexterity, to a period of immense material and cultural prosperity. Her reign is all the more astounding if we remember how difficult it might have been to govern in an age with widespread misogyny. She knows how to strategically balance femininity and power, as a woman leading at such a difficult time. I’d want to know from Thomas Decker what the streets of London were really like; what was it like walking into The Curtain (a theater of the time) or along Shoreditch?

The metadata we do have is essentially lifted from the title pages of the original volumes. There is little information about genre, for example. Essential information like printer or publisher that book-historians would be interested in are hard to parse out because they are not broken down into proper fields. I’ve been working on a recommendation system for early modern literature that can crowdsource the metadata upkeep organically by the academic users of the data, kind of like Amazon’s recommendation system acts to keep their metadata organized. It’s something I’ve learned I can’t fix on my own, the community needs to collaborate.

Check out my blog or the Washington University Early Print website